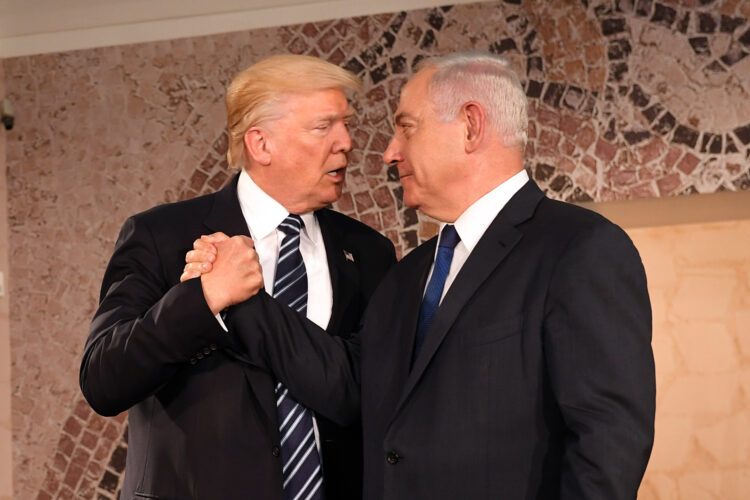 We enter the new year with amazing political upheavals in the United States and China.  Some are seeing amazing parallels between Israel and the United States.  There are some, but there as significant differences.  We need to pray for God’s will in these countries and the role they play in important matters especially as the United States is Israel’s key strategic partners.

First in the United States, however one evaluates Donald Trump, never did Israel have a more supportive partner.  From moving the U. S. Embassy to Jerusalem, to the strong stand against hypocrisy in signaling out Israel for condemnation at the U. N., we in Israel are heartened.  We witness the United States pulling out of UNESCO (United Nations Educational and Cultural Organization) because they bash and condemn Israel and do not recognize Jewish heritage in the Land and even in the Old City.  We have been heartened by Nikki Hayley’s presentaitons at the U. N.  Also Donald Trump pulled the U. S. out of the terrible Iran nuclear agreement which all sides in Israel say was a terrible agreement.

President Trump is now likely to face interminable investigations even if special prosecutor ends his investigation without any indightment.  Indeed, the new Democratic House will be doing more investigations, and liberal New York prosecutors will go after the President’s business interests.  The idea of President Trump being impeached and then convicted by the Senate is extremely remote, but the Democrats will have a neverending stream of news and coverage from a compliant pro-left media.

Second, in we are having quite a political upheaval.  Prime Minister Netanyahu has dissolved parliament and called for elections that will be held on April 9th.  This has some amazing results.  Several of the government formed new political parties.  Naftali  Bennett is forming a party that will include religious and secular leaders and is leaving his Orthodox party to seek to appeal to more Israelis.  The former head of the military, Benny Gantz is forming a new party and seems to be getting traction.  Former Defense Secretary Ya’alon is forming a party.  Key people are laving the Kolanu party that was a partner to Netanyahu.  Some think that Netanyahu’s action in dissolving parliament (the ) is in the context of losing the government control due to a new law on the draft which will cause the ultra-Orthodox to leave the government.  The Supreme Court was requiring such a law.  Others think that he is trying a pollical move to make it difficult for the Attorney General to bring an against him.  He is under investigation in several criminal cases.  Israel is destroying tunnels from Lebanon that were built for an invasion of Israel from Hezbollah in Lebanon.  Israel has just bombed Iranian targets in Syria.  Russia complains against Israel while Iran seeks to build attack bases in Syrian and arms Hezbollah.

This is a time for much prayer, both for Israel, the United States and both together.  Welcome to the New Year.