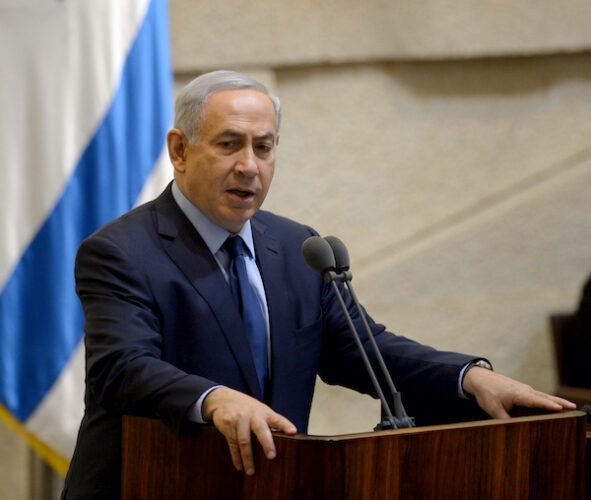 Two of the most important things to note about the new unity government in Israel is that Blue and White under Benny Gantz will not prevent Prime Minister Netanyahu (Bibi) from annexing the settlements (cities and towns) in Judea and Samaria (the West Bank) and the Jordan Valley.  This will probably happen with the acceptance of the Trump administration.  The world will scream, and will not recognize it, but Israel will not turn back.   The U. S. will recognize it with a few other countries.

The second thing to note is that Yamina under Naftali Bennet, the rightwing religious party, is not in the government with Bibi.  Bibi could have offered them a greater role, but I think he intentionally did not, though he professed to want them in the government.  Bibi is one of the most amazing political manipulators ever.  I think he really did not want them in the government.  Bennet’s past behavior greatly irritated Bibi since he would publicly criticize Bibi though in his cabinet.  Imagine a cabinet minister in President Trump’s government publicly criticizing him or the cabinet ministers in the times of former presidents.  Yes, it is a coalition of parties in Israel, but in most Parliamentary coalition governments, once the government is formed such public criticism ends.  And what was his critique?  It was usually that Bibi was not moving forward to annex the territories or that he was too weak on defense issues.

These two facts now give Bibi flexibility and maybe revealing his end game with the Palestinians.  If Bennet is in the government, he will push Bibi to reject a Palestinian state. Bibi does not want to do this, at least not publicly. If there is no such state Bibi wants the Palestinians to be blamed for not attaining one. Yesterday at the time of this writing, the Settlers voted to reject Donald Trump’s Peace Plan because if gives the Palestinians 70% of the West Bank and Gaza for a state.  Bibi has said he fully accepts the Trump plan. He prefers to not have Bennet in the government making public criticism from his right flank.

There are three plans that now are possible.  The old plan for a Palestinian state with the ’67 ceasefire lines as the border is not one of the possibilities that anyone can now be considered.  The first Is the Carolyn Glick One State Solution which is the name of her book.  In this solution the Palestinians living in the West Bank (not Gaza-which would be released to be on its own or part of Egypt) are given full citizenship in Israel.  Glick is a contrarian with regard to her views on population trends.  She thinks that the Palestinians would never then be more than 1/3 of the population.  It does not appear that Bibi has accepted this view.  He thinks, I believe, that absorbing so many Palestinians would be dangerous.

Then there is the Bennet plan which is to eventually, but in stages, annex the whole West Bank and give the Palestinians some level of residency and autonomy but not citizenship. Some go father and want to pay the Palestinians to move away.  The world will call this apartheid.  Bibi is too smart for this solution since this would lead to world rejection and boycotts.  It would end progress with the Arab world.  Some think the Palestinians could have residency in Israel but citizenship in Jordan.  Jordan is not interested.  Boogie Yaalon wanted to see no change but to just live in the status quo until there is a change of heart.  This direction would also be seen as apartheid.

The third option is the Trump plan.  It is the plan of realism.  It gives Israel the boarders and territory they need to make their state larger and more defensible.  However, it also provides a Palestinian state and solves the problem of the challenge of absorbing the Palestinians as citizens.  Israel cannot be said to be apartheid since the Palestinians can have their own state.  Indeed, if they declare a state and are recognized by the world, then there is a border dispute not a dispute on apartheid.  Bibi wants to move fast and gain the Jordan Valley and that 30% of the West Bank.  My view is that Bibi really does embrace the Trump plan and would accept a Palestinian State under the Trump terms which are the terms of realism.  But with the Palestinians rejecting this, Bibi can blame them for not having their own state.  He can live with the status quo on no Palestinian State and just say it is up to them.

The present unity government is the best opportunity Bibi could imagine for doing what he wants to do.  If he does annex, the Yamina people in the Parliament will vote for the annexation.  They will not vote for a Palestinians State, but that will not be up for a vote this summer!