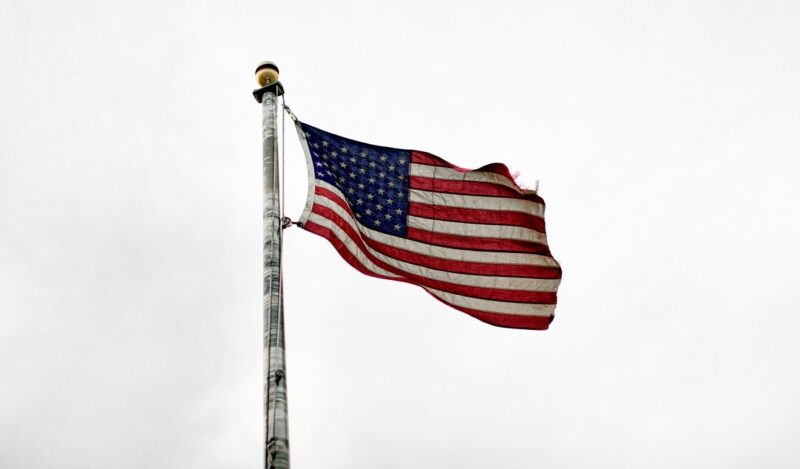 President Trump’s statement America First does not mean America only.  Foreign policy is a very difficult area of challenge for American leaders and Israeli leaders.  We deal with what is in the national interest of the United States or Israel.  When one studies foreign policy, altruism is rarely front and center. President Jimmy Carter professed a commitment to put the furtherance of human rights in the nations as a top priority, and that the United States would favor relationships with those making progress in human rights.  At that time there was criticism of past policies that engaged in partnerships with authoritarian regimes in South America for the purpose of resisting communism when these regimes tortured political opponents.  Others would see such policies as Carter’s as not realistic and that we have to live on the basis of national self-interest, and if this means working in unity with harsh authoritarian regimes, then so be it.  One historic figure stated that nations do not really have friends but common interests. Then the pendulum swings again.  George W. Bush and the neo-conservatives promoted the idea of seeking to bring democracy and its transformation to the nations.  His first experiment in this was in Iraq.  Some of us observing the Iraq war (Bush and others really did believe there were weapons of mass destruction in Iraq) did not think that Bush’s plan was realistic.  I thought that he could remove Saddam but should leave the Baathists in power.  Their removal and the attempt at elections would lead to a Shiite majority, and the Shiite Muslims would then turn around and persecute the now Sunni minority that previously that had oppressed them.  (That led to ISIS.)  It would also give power to Iran in Iraq.  Previously a Sunni ruled Iraq was a buffer against Iran.  Bush argued that promoting democracy in the nations was a matter of national self-interest since democracies do not attack their fellow democracies and this would lead to a safer world.  Looking at all this history, President Trump now seeks to withdraw from foreign adventures and rejects the neo-conservative views of military involvement, nation-building, and fostering democracies thereby.  Under President Obama, there was hope for democratic progress in the Arab Spring uprisings.  Again, others of us observing this concluded that this would lead to a radical take over since they had the weapons and motivation to turn these revolutions for freedom toward the furtherance of radical Islam.

Generally, nations will enter into trade and military alliances for their mutual benefit.  Tyrants will seek power and sometimes like in China and Turkey to dominate and take over other nations.

Are there some guidelines that come from the Bible that can be a guide to foreign policy?  The Bible does not promote a democratic governmental ideal (democratic republic).  It is skeptical to a centralized monarchy in the book of I Samuel.  The Bible does hold national governments accountable for basic law, justice, and treating their citizens well.  The first chapters of Amos make this very clear.  All nations are accountable to God.   However, I do argue that fostering human rights and movement toward democratic norms is valuable but has to be done with realism.

The first thing is to recognize the sad truth taught by Mao of China that authority comes from the barrel of a gun.  If this power is held by tyrants and they are willing to use it to slaughter their opponents (for example, Tiananmen Square, China), the movements for democracy will fail.  What is to be done?

In all this, we have to realistically access the possibilities of revolutionary change when those seeking massive change do not have the guns to bring about their take over and those with the guns are willing to liberally use them.  Those seeking to overthrow tyrants can also succeed if the tyrants are not willing to use their full power to defend their regimes or if they do not have the full power to do so.   So, some say that the U. S. should have supported the Iranian protests during the Obama administration, but it is difficult to think that it could have succeeded when the regime is so fanatical, ruthless, and responds with no reservation.  However, we can always speak out for freedom.

I am not in favor of using military power to overthrow evil regimes unless there is really good potential for good results and sufficient power in new leadership to come forth to really attain the leadership of the nation.  We saw this in Granada in Reagan’s time and might see it again in Venezuela.

We do want to foster freer societies but only when it is realistic.  We have to stop thinking that deep down everyone in the world is a Jeffersonian democrat and would prefer to live under our values. This is just not true. It will be a long educational process for many decades for many people of the world to embrace those values.

Rescue those being led away to death;
hold back those staggering toward slaughter.
12 If you say, “But we knew nothing about this,”
does not he who weighs the heart perceive it?
Does not he who guards your life know it?
Will he not repay everyone according to what they have done?

I apply this to genocide. When a nation or nations together have the power with little risk to themselves to stop a wholesale genocide and then do not act, I think this brings the judgment of God. I here give three examples of this.  The first is the failure of President Roosevelt to order the bombing of the trains to the Auschwitz death camp and maybe other camps.  This could have saved countless Jewish lives.  Then when the Clinton administration failed to use air power to stop the horrid genocide of the Tutsis by the Hutus in Rwanda, it was a terrible failure of responsibility.  One of President Obama’s foreign policy team said that the Rwanda failure was a terrible failure that should not be repeated.  Finally, and yet the President failed in Syria when gas attacks and military genocide was being practiced against the Sunnis by Bahir Assad in Syria.  500,000 are estimated to have been killed, innocent civilians!  I think President Trump could have had a more rigorous policy to rid Syria of this criminal.

Also, one more thing is important.  That is that we do not betray partners who sacrifice with us in that partnership.  I think the Kurds are now being abandoned and that is really very painful.