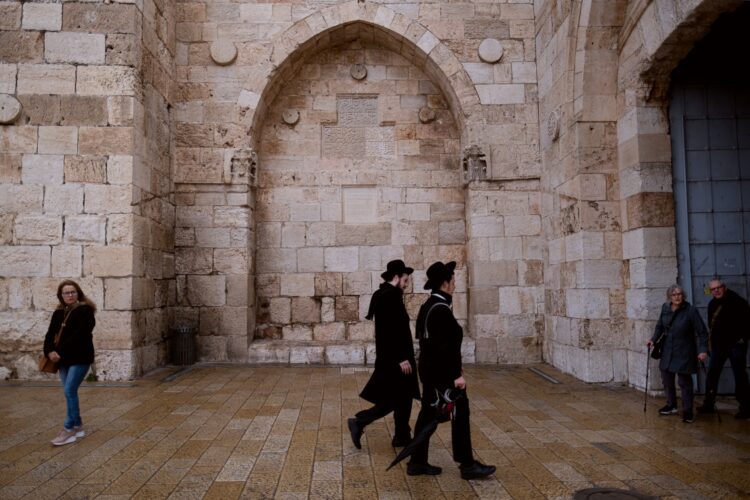 Two very large megachurches have made Israel and joining together in support of Messianic Jews a key foundation of their ministries.  Some of their megachurch leadership friends think that they have gone overboard in their emphasis.  They do not have a vision for this as an important part of their vision.  Sadly, in my view, these churches that don’t agree with this Jewish emphasis are missing it and need a revelation of from the Spirit of what the Bible says.

In the first century, the Jewish hope for those who believe the prophets was that Israel would get it right in regard to holiness and purity.  This would lead to the coming of the Messiah, Israel’s deliverance from her enemies, and then the redemption of the nations, the whole world.  The amazing prayer of Zechariah, upon the circumcision of John the Immerser (Baptist), makes this theology very clear and can be well understood as fitting that first-century Jewish context in Israel.

“He has raised up a horn of salvation for us, in the house of David

Just as He spoke by the mouth of His holy prophets from ages past,

Salvation from our enemies and from the hand of all who hate us.

So, He shows mercy to our fathers and remembers His holy covenant,

The vow which He swore to Abraham our father, to grant us—

Rescued fearlessly from the hand of our enemies—

to serve Him in holiness and righteousness before him all our days.”

For Paul, the mission to the nations was a new piece of the puzzle not before revealed. It was that salvation coming to the nations would be a key to fulfilling the promise to Israel, the fulfillment of the hope voiced by Zechariah.  “Salvation has come to the Gentiles to make Israel jealous.”  This is part of the purpose of world missions.

In verse 14 Paul points to himself as a Jewish disciple of Yeshua called to magnify his ministry (the supernatural work of the Spirit, “to provoke to jealousy those of my flesh and save some of them.” However, Paul uses his example as one for the gentiles to follow. They are to join him in this task resulting in a growing number of Jews coming to faith in Yeshua.  This growing number of Jews, called the “remnant saved” in v. 5 and the first fruits that sanctify the rest of the nation in v. 16 are a key as well to Israel’s salvation   Why is it so important? Because it will lead to Israel turning to Yeshua.  ”What will their acceptance be but life from the dead.”  This little phrase is shorthand for the rapture, the resurrection, and the salvation of the nations. And so, ”All Israel will be saved.” (v. 28)

The New Covenant does not change the hope of the prophets, that Israel will be the instrument of God that will lead to the salvation of the nations.   Every Christian is given the charge by Paul to embrace the concern of Israel’s salvation, for he says, “I am speaking to you who are Gentiles.”  He says this as one who has given his life for them, as an apostle to them.  His example is for everyone.

Therefore, my friends in the two megachurches which I reference have not gotten off balance. They have simply discovered the Biblical emphasis.  Scripture Quotes from The Tree of Life Version.