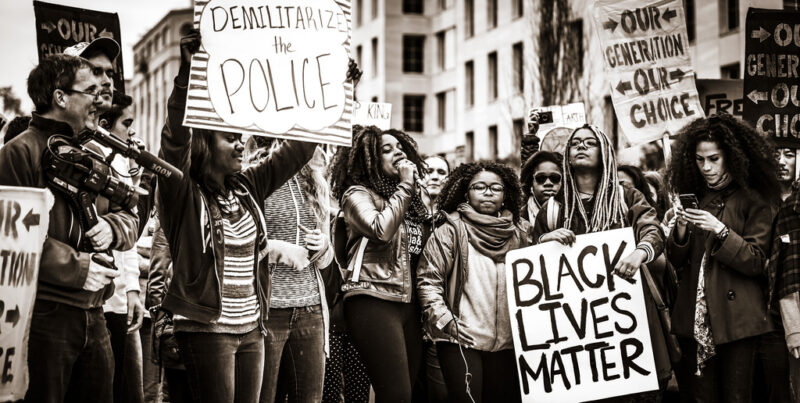 The verdict of not guilty for a policeman that killed a black drug dealer a earlier this year has sparked new protest and riots in St. Louis. The video looked incriminating, but the trail judge could not see sufficient evidence for conviction.

It is sad to see the destruction of minority businesses as part of the protest! Such unbridled anger does not advance any good cause.

But I continue to believe that Black Lives Matter, but that the issues of the Black underclass are not served when the primary focus is on police behaviour. Rather, the problem is based in wrong analysis and the terrible abandonment of the black underclass community by the political leadership, both conservative and republican. The left continues to believe that if they pour in money they have done enough. The support the union schools and shut down alternatives. The right does not care and believes the lie that simply expanding the economy will reach all. Not true!

I still believe that the problem in the black underclass community is a massive need for education/discipleship. This has to include training in family values and discipline. We have to work to restore the black family. It includes a disciplined school environment that really educates and trains. It includes targeted tax policy that develops local businesses that employ. And it includes a massive police presence that makes drug dealing and violence impossible.

The anger is justified, but the analysis of the Black Lives Matter movement partially askew. But they are right to feel abandoned.

Leave your comments below and I’ll respond,

0 thoughts on “Black Lives Matter and the St. Louis Verdict”