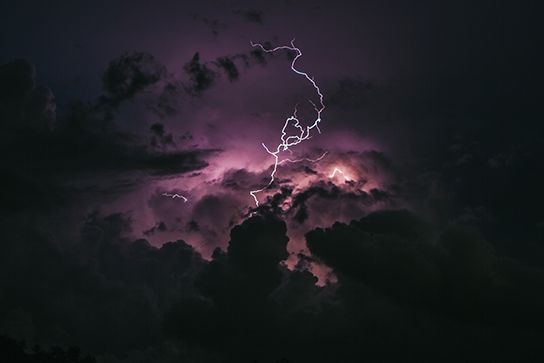 Natural disasters might be the judgment of God, but…Recently a Florida professor, now fired, declared that the Hurricane that hit Houston was in judgment for Texas voting for Trump. The problem is that Houston voted for Clinton! I get Orthodox Jewish internet sendings and some Christians sites that claim that these hurricanes are in response to the United States trying to start peace talks with Israel and the Palestinians.

I am singularly unconvinced by post facto interpretations of natural disasters as judgments of God. Disasters in this world have a surd character that are difficult for humans to figure, and the righteous and the unrighteous suffer. See my chapter on the Problem of Evil in my book The Biblical World View, an Apologetic.

Now if there is a credible prophet who can broadcast his word and interpretation to those who will suffer a disaster, and can predict the disaster before there is any scientific or empirical evidence for the coming of that event, then I will take note. It has to be a supernatural prediction of the event with interpretation well before the event as in the Biblical prophets. I remember in the San Francisco earthquake of 1989: just at the World Series of Baseball was about to start in that city, that the earthquake hit. It was hard to see it as not a sign. There were some prophetic people who saw it coming, but nothing was widely known or broadcast and their knowledge and interpretation of this had no benefit to the massive population that suffered it. A small group of people were wowed that someone predicted it. Prophetic ministry today is not generally functioning at a level where it generally warns about major events before hand, gives interpretation and calls for prayer and repentance in response.

So count me out for the post facto interpretations and may the people of Florida and the Islands be spared.

One thought on “The judgments of God and natural disasters”