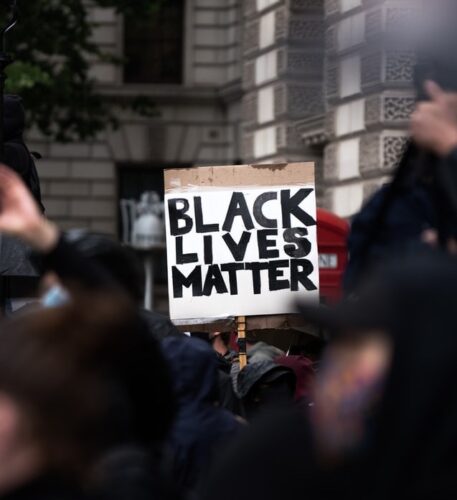 Four major feature articles in the Jerusalem Post weekend addition responded to the Black Lives Matter protests.  I quoted one writer, Amotz Asa El, in a personal Facebook post. The general consensus of the four was sympathy for the situation of the Black underclass and crediting that racism is a problem.  But then the writers all noted their alarm at the violent upheaval taking place and warned that the direction that things were taking was likely to lead to a bad end.  The Post commented on the statue of George Washington in Portland being toppled because he owned slaves.  People in St. Louis are protesting the name of the city.  It goes back to when it was a French trading post before the Louisiana Purchase (1803).  King  Louis IX of France was an anti-Semite that burned Talmuds.  Washington’s great biographer, James Thomas Flexner, describes a Washington that was conflicted by slavery and freed his slaves in his will.  Asa El says of Jefferson, “Jefferson was a slave owner. It was a status into which he was born. However, he also led Virginia’s groundbreaking banishment of slave importation, and as president, he criminalized international slave trade and sought a way to emancipate all slaves. Can any of his defacers claim to have done for liberty and equality just a fraction of all this?”  So much of human rights is based on his words, “All men (persons) are created equal.”  There is a big difference between a Washington or Jefferson, and those who went to war to maintain slavery.  How much to honor these Confederate leaders in our day is a real question. Rabbi Stuart Weiss, a leading Rabbi here in Ra’anana wrote that he fears for America now more than any other time in his life.  The violent upheaval and lawless rule is so alarming to him, though he is sympathetic to the cause of blacks and their racism problems

However, when we look beyond the Black Lives Matter official organization platform which is radically socialist (Marxist?), anti-Israel-pro-BDS, anti-traditional family, and super pro-LGBT we see that many blacks are joining this movement that do not endorse these aberrations.  Some of my friends have said that we need to listen to these protesting blacks.  However, there is not one black voice.  I am trying to grasp the different voices.  I see three categories of black leaders and they are really as far as I can grasp it on a continuum spectrum.

The first category which is the largest group of protestors believes there is systemic racism in the police and society.  They want to root it out.  They want police reform and programs to lift the black community.  They want to reform the police but not to abolish them.  They want more training for community police to be a positive presence and a larger contingent of minority police. This has already happened in Atlanta where the black police constitute 57% of the force.   Is their understanding of systemic racism correct?  The lawyer for murdered George Floyd, Ben Crump, gave an amazing interview to Neil Cavuto.  It had a great balance even on the monument issues.  What a credit to the Black people he is!

Secondly are the radicals with include whites and blacks who are pushing violence and a Marxist or anarchist agenda.  They are the ones demanding total defunding of the police (really they mean this and it is not a euphemism for reforming the police).  There is also an anti-Jewish aspect. They told the Jewish mayor of Minneapolis “Go home Jacob,” when he would not agree to the demands to totally defund.  It should be noted that these folks do not want to take a vote on issues but want to rule by the mob.  The radicals have caused more damage in destroying businesses, even minority businesses, than we yet know, but some estimates are very high.  After this is all over there will be a calculation.   Some in the first group claim that those in this group have stolen their movement and made their violent revolution the issue and not justice for blacks.  The radicals claim that free enterprise itself is necessarily oppressive and must be torn down.

Then thirdly, there are the conservative blacks.  Some have stood with the protests against police brutality, but most have not been in the protests.  There are important voices in this group.  They include Shelby Steele, Thomas Sowell (who came out of retirement to write), Robert Woodson, Kay Cole James (head of the Heritage Foundation), Alveda King, niece of Martin Luther King, Jason Riley of the Wall Street Journal, and many more.  However, the mainstream press does not give them a voice.  Their view is that there is a problem with police and reform is necessary, but less police would bring more death.  There needs to be more training, more power to fire bad apples, and better community policing. However, they see the primary problem as the failure of liberal policies which has kept the black underclass in their situation of misery and has led to frustration and their embrace wrong narrative to understand it.  For one thing, these conservatives believe that restoring the black family is crucial and that welfare should support family stability and not undercut it.  They embrace workfare and training for welfare to lift people up.  They believe in school choice and charters as ways to life blacks. They will point to the Success Charter Schools in New York and their superiority in educating blacks to achieve.  The alliance of education unions with the Democratic politicians is, they believe, responsible for much of the blame. Some of them will make the very offensive statement to some that if black underclass crime was very low there would not be a significant police problem, though bad police are a problem beyond the issue of race. Bernard Kerick, the former long term police commissioner in New York, said there is a problem with a minority of police maybe 5%.  However, the unions spend 90% of their time coming up with protections for this 5% and make it very hard to fire them.

My view is that systemic racism is not where the protesters think it is.  There is racism in some police and maybe there is some systemic in some departments.  But this has to be researched.

Let’s broaden the issue of systemic racism beyond the idea of people who really believe that blacks are an inferior race to the idea of systematically avoiding solving the problem of the black underclass.  (60% of blacks are middle to upper-middle class, so the main issue Is the 40%). This problem is both local and national.  How is that?  The Republicans due to Lincoln were for years the party of the black people.  But they did not come up with the programs that would have lifted the black community out of poverty.  When they lost the black vote, they simply wrote them off as if to say,  “If they are not going to keep us in power, just ignore them.”  The Democrats provided them with money and programs and took away their vote. In the beginning, this was well-intentioned (Magnet’s The Dream and the Nightmare.). However, the Democrats created a failed system that keeps the black underclass dependent and oppressed.  The condition of the black family and education was better before the trillions were spent on programs for the poor!  Amazing.  After 50 years we know what does not work.  But the black vote is taken for granted as the Democrats tout give always that do not lift the community but perpetuate dependence.  Without two-party competition, the blacks will not get the right debate on the policies that can work. This is the theme of the conservative blacks.  The liberals fight the very things that would lift the blacks; educational choice, incentives for family stability, enterprise zones with job training, and massive community policing to end the violence where 7500 blacks in one year were killed by black on black crime and violence.

The political parties have left us with a systemic problem and the blacks think the problem is overt racial prejudice.  It certainly exits, but would most businesses not hire a qualified black? Do most colleges today accept qualified blacks into their schools?  Yes.  The issues are not rightly analyzed.  My views are in line with the black conservatives.

But finally, I see the main issue of repentance as with the Church.  Can we really think that secular programs to lift people can succeed without the Gospel?  How much do we believe in the transformative power of the Gospel?  But then we must face by our broadened definition the systemic racism of the Church establishment.  This is not the racism of believing that blacks are an inferior race, but the racism that simply ignores the issue of the condition of the black underclass.  One can easily deduce from the example and teaching of Yeshua that the primary thrust of the Gospel is first for the poor, the marginalized, or the underclass.  In the 1980s the American Evangelical Church attained its largest numbers and percent in the society.  Now it shrinks.  The Church focused on meeting the needs of its members but not on the power of the Gospel to the neediest.  Maybe the members would not have had such neediness if they knew the power of God in their lives and saw the power of God on the cutting edge of investing in the population where Yeshua would have most given his time.  Yes, there are exceptions.  But this is the main root of the problem, and the United States is reaping what the Evangelical Church has sown. Also, there may be blame in the Black Church, but this is not for me to judge.  However, black conservative Church leaders tell me that in the black community  the Gospel is a mile wide and an inch deep. There is little depth of discipleship, especially for young black youth.

There is a racist history too when we note what happened in the great Pentecostal revival.  William J. Seymour lead the Azuza street revival in 1906.  He was a black preacher.  This revival has transformed Christianity.  Pentecostal Christianity and its offshoots in the new charismatic streams is now the largest and most effective Church the world has ever seen. The gains in Africa, Asia, and South America are astonishing.  Again, it was started by a black preacher.  Then the white Pentecostals in America did not want to be in an association of Churches with black leaders, so the movement split into black denominations and white denominations.  There have been verbal repentance meetings with forgiveness.  But are we yet seeing restitution?  This is where reparations can be an issue.  It would seem that the issue is that white churches should be now making the black underclass their primary mission focus.  How much would their young people be then inspired in seeing the transformation of the black community by the Gospel? The Gospel is the greatest justice force for the underclasses of the world that has ever been seen.

There is a lot of blame to go around; corrupt police and some bad police departments maintained by unions, and corrupt politicians, Democrats, and Republicans.  Then there is the Church. But only the Church can really repent on the right basis of sin before God and gain the power to bring the Gospel of reconciliation.  May we see that repentance and revival.