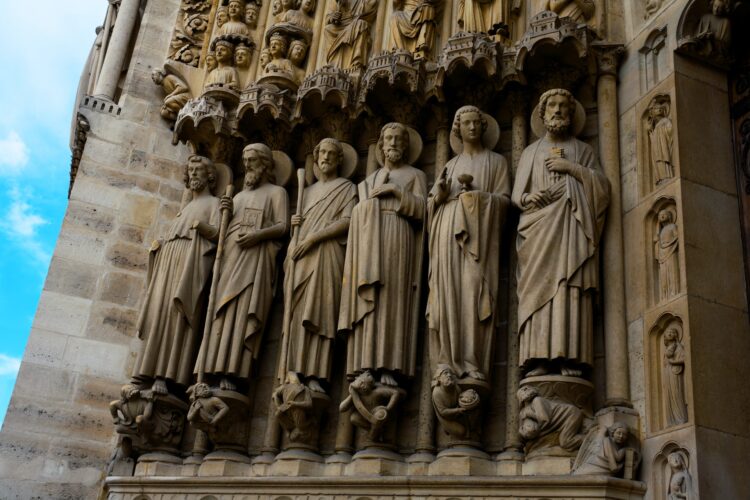 It has become quite a pattern today for some who left the Christian faith to rail against Christians, quite viciously sometimes, sometimes with a lot of hate.  This may be fueled by actual abuse from their past.  The claim is made that Christians are all a bunch of hypocrites.  These claims may also be simply a way to suppress the truth, to continue in rebellion against Him, and to not face His claims.  However, revivalists like Dr. Mike Brown have also been very strong about the condition of the Church in America.  His base for criticism is the truth of the Bible.  We could ask what is the standard by which people criticize.  My point here is not to defend or critique the American Church.   I will say there are stellar examples, both individuals and communities.  One can find them if one desires. Again, for some this railing is simply a way of fighting against Yeshua’s claims upon us.  If we are too harsh to the Church, which is part of Messiah’s bride, we can offend God and find Him opposing us.

Thomas Dubay, the late and amazing Catholic theologian from Catholic University in Washington, D. C, says a religion best known by its best representatives.  They show great evidence of the truth of biblical faith. In Catholic thought, these are the saints.  G. K. Chesterton and C. S. Lewis made the same argument.  Protestants and Messianic Jews don’t think much about saints.  We say all believers are saints, though we have some examples we always point to (Hudson Taylor in China and George Mueller in England).  Dubay’s argument is found in his amazing apologetic book, The Evidential Power of Beauty.  I read it once every year!!

I have reflected upon this and realized that this argument is true.  I credit both the communities that attain a level of love, godliness, and service that is outstanding and individuals. They show what is possible in Gospel.  However, I want to point to those stellar individuals that are signs of God’s reality on earth.  When you are in the presence of holy godliness in a person, the reality is amazing.  My spiritual father at Wheaton, Chaplain Evan Welsh is one such example. He was living proof of the existence of God and the reality of Jesus.  Kindness was etched on his face. Love came through continually.  There was joy and confidence that was wonderful.  I could not get enough of being in his presence.  I had a spiritual father in High School who also ended up as such a saint!  He led many to Yeshua. This is characteristic of saints.  Some rebellious did not see it that way.  Chaplain was too simplistic, too simple (he had a master’s from Princeton!) When my mother came to Wheaton for my graduation in 1969, she entered his home with me. Chaplain was not yet there. She said she felt a wonderful presence.  Does the Spirit dwell in greater measure in the homes of saints?  I think so.  I named my son after him. I have known a few others whose love, joy, holiness, humility, and grace were outstanding.  One such person I see today, in whose presence I have a similar response, is Heidi Baker who ministers in Africa.  She and her husband Rolland wrote the book “Always Enough.” They have rescued thousands of orphans and planted thousands of churches. But it is not the greatness of the ministry only, but the quality of her presence.  One story is told of Smith Wigglesworth. A  man ran into him on a train.  He did not know him.  He sensed the Holy Presence.  He turned to him and said his presence made him feel the depth of his own sin.  Amazing. On the spot conviction due to the Presence.

Yes, faith is known best by the very best among us, the saints.  Thank God for them.