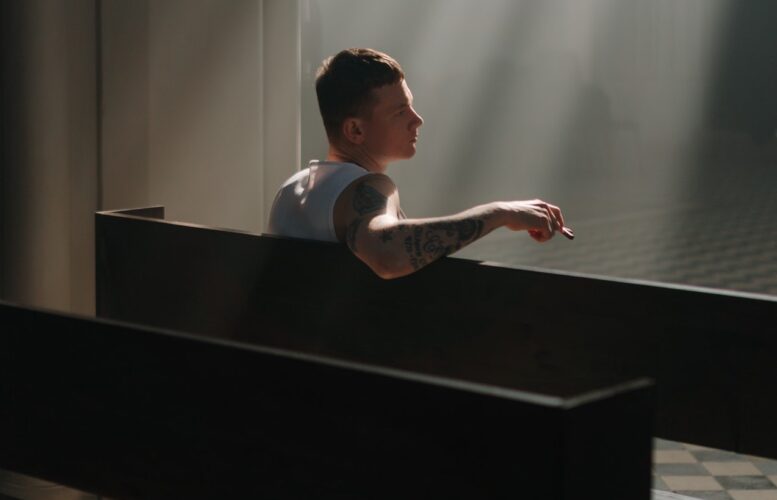 This little phrase is packed with truth.  It can be used as a trite response to those who reject our biblical worldview, but when rightly applied it is powerful.  It is most powerfully manifest in the ministry of Yeshua.  He told the woman caught in adultery and released from punishment, “Go and sin no more.”  A crippled was healed and Yeshua exhorted him to depart from sin lest a worse thing come upon him.  Yeshua was known to eat with sinners.  He gave his life to rescue them and defended his involvement with the famous words, “Those who well do not need a physician.”  He came to seek sinners.

The best ministries do not just proclaim the standard of God and define sin but invest in healing the sick, the sinner, the marginalized.   We can think of the amazing ministry of David Wilkerson in the classic story, The Cross and the Switchblade.”  Love for the addicts and pushers in a tough and dangerous area of Brooklyn produced amazing fruit.  One of the best stories is the biography of the early years of Nikky Cruz.  Countless stories of those rescued from prostitution, deviant lifestyles, and the self-centered pursuit of wealth (the tax collectors in the Gospels) show the amazing power of loving the sinner and hating the sin.

Some do not perceive their own sin or defend their sin.  Biblical Law defines sin. (I John 3:4)  The ideal of that Law is in the Sermon on the Mount (Matt. 5-7).  Some say that if their chosen path does not harm others, there should be no concern from believers.  However, a biblical Yeshua-centered person has love and compassion for those who claim that their sin is not sin and that it does not hurt others. Their claim is not true.  it, first of all, hurts them.  It robs them of true joy the most important of which is a relationship with the creator.  All who live lives of practicing sin live lives headed for destruction.  Yeshua came that sinners would repent of sin and be changed by his supernatural power.

Practicing sin is connected to idolatry.  This is the foundational sin.  Idolatry is found in “I am” statements that define self-identity that denies our primary identity in God.  I am “a wealthy businessman,” I am “an actor,” “a homosexual” a “transexual” a “professor.”  The issue is not that all these patterns are sin, but any self-identity that is not based In who we are in God leads to this.  In his book Logo Therapy, Victor Frankel, noted that those who self-identified as their primary identity with higher meaning and purpose, a religious identity, survived the holocaust much better than those who self-identified with pride of position (external and positional meaning).  The latter became camp zombies, but the others preserved their personalities.  This was confirmed in Bruno Bettelheim’s, The Informed Heart.  Two famous psychiatrists saw the truth.

Any identity that is not secondary to our identity in God ultimately will lead to destruction, either of the individual or the individual and his partners in sin or the society that endorses sin.  Love offers the Gospel way out.  “Repent for the Kingdom of God is available to you.”  Idolatry is the root.  The answer is our self-definition in God, that we are created him his Image and are new creations in the Messiah.  The first is what we all are by creation and the second what we are in Him when we are born again.

False self-definitions are sin.  The sinner sometimes identifies his sin itself as his identity.  “I am a ________ “  Then fill in the blank.  If you say they are in sin, the anger wells up because you put your finger on self-defining idolatry.

In a recent post, I told the story of my return from agnosticism/skepticism so many years ago.  I used to say, “I am a skeptic.”  Then God showed up in my car on what was a dark country road in those days, Route 59 in Illinois.  The voice said, “You have gained an identity as a skeptic.”  It had become my identity.  Indeed, when I was at Wheaton College, a few charismatics used to cross themselves after they passed me so that they would not pick up my demon of doubt.  God said that I no longer needed to be a skeptic.  The evidence was sufficient, and I could now be a believer again.  It took some time yet, but I was on the way back.