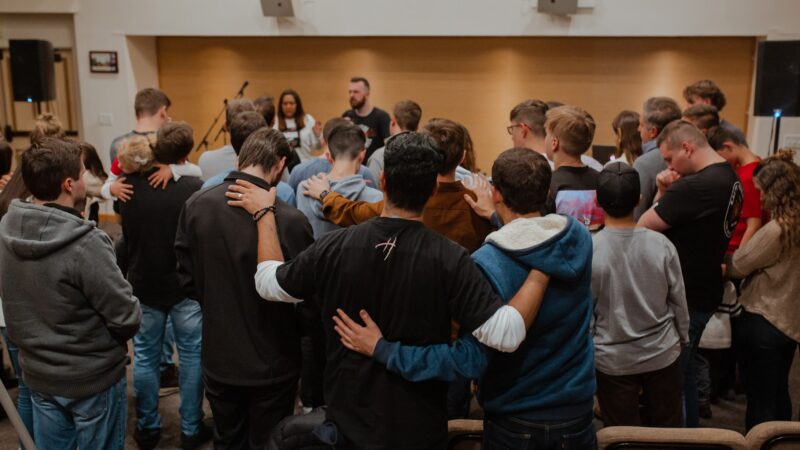 One of my privileges was to meet and spend time with John Wimber, the founder of the Vineyard network.  He actually had a word from God to reach out to me from reading a brochure on a conference I was a part of.  This was quite amazing!  Wimber was famous for revealing the reality of the Holy Spirit, his gifts and his moving through a congregation.  He would say, “Holy Spirit come.”  People would be moved, laugh, cry, prophecy, be healed and so much more.  This was a special calling and gift.  When others asked Wimber about it and how they could see it in their congregations, he said you can do the same thing, just say, “Holy Spirit come.”  Often, they would say this, and little would happen.  More prayer and seeking God was probably necessary.  But back to Wimber: he showed how the presence and power of the Spirit could be shown in large and small gatherings.  He showed how good government could prevent debacles.  As we look beyond Wimber’s central congregation in Anaheim, California, congregations that show the Spirit with maturity also show greater power in evangelism and motivating people to give their all to the Kingdom of God.  I have been observing this now for over 40 years.  This was so true in the days when I pastored. However, most congregations that say they believe in the baptism in the Holy Spirit have little in the way of showing the Spirit.

There are too many reasons why we have so little of the manifestations of the Spirit.  However, I will list a few.

It has been amazing to me to see congregations that grew and prospered with a commitment to showing the Spirit pull back and become completely controlled.  Can the Spirit speak, act and re-direct?  Is He also Lord?  Allowing and welcoming the Spirit and his manifestations is a foundational value in Tikkun.  It is a key to seeing more drawn to the Gospel, more healed, delivered, and encouraged.

One thing I have found, the Holy Spirit has to be invited and welcomed to show Himself in a tangible way.  Wimber was right in inviting, “Holy Spirit come.”  I am sure you can think of many more examples than the nine I listed.  We read in I Corinthians that “Jews seek a sign.”  I have found the reality of the Spirit revealed has been a key in Jewish people coming to know Yeshua. Members of congregations where the Spirit shows himself learn confidence that the Spirit will show Himself through them in the marketplace and wherever they share with people who do not know Yeshua.