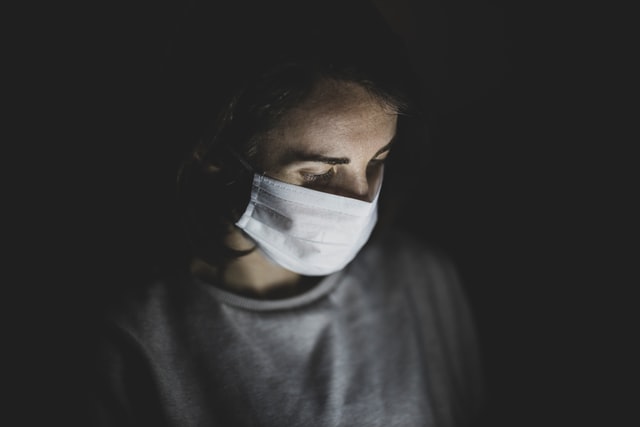 Back in April, I sought to wade through the many prophetic words being given on the Coronavirus.  If you remember, the prophetic words about what would happen were of three kinds.  One was that it would be an unmitigated disaster that could be the beginning of the plagues of the book of Revelation.  The second was that it would amount to nothing and would fade away quickly after Passover. The third was that there would be a turnaround at Passover, and we would be getting to the other side of it after Pentecost.  One prophet friend had a very vivid vision of the virus and China in early January and said that it would be serious.  As I write this up, I remind you that I was more in agreement with the second view.  I repent of that aspect of my support for this position that indicated that there would not be serious issues after Pentecost, and I ask your forgiveness.  I am not a prophet but have had dramatic prophecies from time to time that have come true.  In this case, I did not any prophecy of my own.  As for the prophets in the second group, I did not read of  them saying, “Thus says the Lord” with confirming signs like, “you will know that this word is true when you see x,y, and z.”

So where are we now in this Corona fight?  It has been very hard to sort the information.  I am an avid reader of the Jewish English newspapers here.  They report a lot of news from America.  I do get CNN, Fox, and Channel  I24 (a wonderful more objective English news source in Israel). CNN here is the international version and is not quite as partisan as in the U. S. but it is partisan enough.  Fox commentary shows are very partisan, but the news programs are quite good in my view.   From all this, I believe we can make a pretty good summary of where we are at.  In some ways, we have turned the corner, and in some ways, the problem persists.  The economy is opening up and the death rates are down.  Some U. S. states are seeing quite a spike in numbers, but most European nations are not seeing a great spike and are opening up as well.  Their children will go back to school.  However, the partisan divide is affecting how this virus is perceived, what the response should be, and then even allowing the scientific evidence to be publicized. In Israel, the numbers are greatly increasing and there are calls to lockdown again, but this is still resisted by the government committee in charge.

We know a lot more about this virus but still not enough.  I was amazed to see the report that the stats say that the Corona overall rate of death to infected people in the last CDC report is only 0.5 percent.  As reported by Dr. John Ioannidis, epidemiologist of Stanford University School of Medicine, the rate for healthy people with no-comorbidities under 70 years old is 0.04 percent.  Dr. Scott Atlas of Hoover Institution also quotes the statistics. Reason Magazine summarizes the CDC and its variables. The CDC estimates that the CFR for COVID-19 falls to 0.05 percent among people younger than 50 and rises to 1.3 percent among people 65 and older.  We know that seasonal flu is much more dangerous to children and young people. The number of serious cases in children, though existent, approaches zero statistically.  The stats in general show a much lower percentage than was feared in the lockdown period due to the number of asymptomatic cases now included.  The serious cases in older people are much worse than the flu. Here are good articles to read for more detail.

What is the problem with this virus?  It is that it is so easy to catch.  If a hundred million get the virus very many will die, though the percentage is small. It is now believed that it is not generally caught from children or surfaces but from droplets in the air.  The problem is also how very dangerous this virus is to the elderly and those with co-morbidities, much more dangerous than the flu.  Yes, some will die from every age group, but this is also true of the flu every year, and we do not shut down the economy.

My view, therefore, is that we would be on the other side of this if we overcame fear and made reasonable decisions.  Here are some key points on this.

We should note some other good news.  First, the press has way underplayed the advances in non-vaccine treatment.  The J. Post front page yesterday had a very promising one from a researcher at Hebrew University which he thought could be a cure.  Other treatments and there are several, depend on steroids that suppress the overreaction of the immune system and the cytokine storm in the lungs. In addition, given early on, Hydroxychloroquine does work and cut the death rate in half in recent studies at Yale University Hospital and the Henry Ford Medical Center.  In addition, Vaccine research is going forward, and some promising vaccines are not based on the traditional method of vaccines but are new types of vaccines that produce the anti-bodies needed.

But clearly, shutting down the economy should not be done.  That is a disaster and the government spending could be headed for an inflationary disaster. In some ways, we are on the other side of this with the new understandings of how to go forward. I am heartened by some of the scientists who agree with what I am saying here such as the ones quoted herein.

My biggest concern is how followers in Yeshua handle this.  I have connected to some who are quaking in fear. We need to believe that God is our protector and if we walk in the Spirit, He will check us form going where it is unsafe and give us a sense of release otherwise.  He is our protector. We should be a light of courage and confidence to those around us and use this to share the Good News.