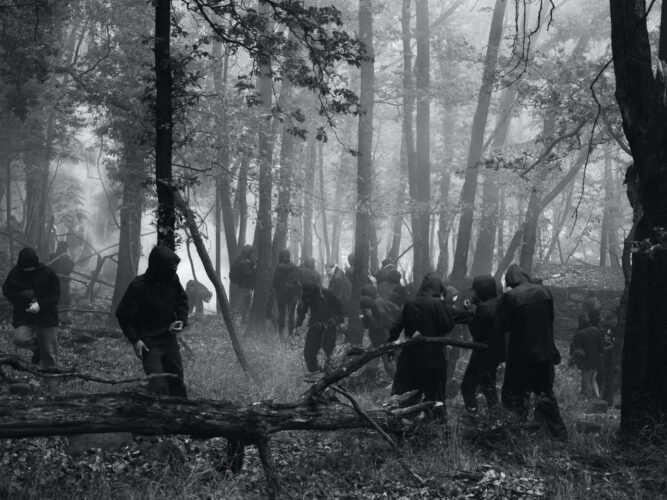 One of the key foundations of the conflict between the Biblical World View and the prevailing culture is the clash of definitions.  Love and justice are defined in profoundly different ways.  We are watching the disintegration of the West due to profoundly false definitions.  Biblical definition profoundly influenced the development of western thought and law.   Of course, the definitions of the left often are left vague, but one can reflect and come to a valid conclusion as to what the definitions are.  In the past, Marxists gave a clear definition of justice.  “To each according to their need and from each according to their ability.”  Thus, justice was defined by equality of income and living standards.  In Lenin’s time, this led to the limitation of space where 25 meters per person would be allocated, and large houses would be divided.  And love?  The love of the Marxist was a sentiment that wanted the best for the greatest number in their age to come based on the equality motive.  The end was the Marxist millennium, a world of equality and prosperity for all.  It is an eschatological but atheist vision.

The secular definition of love is a sentiment that seeks to indulge others in their desires.  As long as the fulfillment of desires does not destroy or hurt others, we should fully support all in what they want for themselves.  Such indulgent love is not based on biblical Law in any way.  The criterion of not hurting others is profoundly short-sighted.  Yes, there may not be immediate violence to others, but the long-term destruction for people, for society, for children, and their future is deep and lasting.  Lifestyles?  LGBTQ including the polyamorous, we support and indulge.   Abortion?  We support and indulge and define the pre-born child as not a human person so we can indulge the desire of the pregnant mother to abort the child.  We provide the marijuana through the long haul it gives a marshmallow brain.  The humanistic definition is profoundly at war with the Bible because the Bible definition coheres with the Law of God.  The humanistic definition especially rails against the Law of God and the doctrine of Hell.  In their definition of love, if there is a God would never assign someone to Hell.  How do they know that?  Their subjective desire.   The leftists will rail against their opponents, march for supposed rights and cancel all others who disagree as haters.  They are committed to every aberrant lifestyle and will fight for it.  Their definition of haters is all who do not support their indulgent love definition.

In the Bible, God loves every human being and thus provides a way to escape Hell.  He desires that every person be saved and attain their God intended destinies in this life and in the Age to Come, eternal life.  But God’s love and all true love is passionate identification with others that seeks their good guided by God’s Law.  That good is defined by God’s destiny intention for them which is only within the parameters of God’s Law.  God’s love in line with his Law defines his intention for our sexuality, for economic provision, for caring for the needy and so much more. But it is not humanistic indulgence.  The refusal of Love with Law leads to Hell.  That refusal is clear in the rejection of the Gospel that provides our atonement.  “He that has the Son has everlasting life . . .  but he that has not the Son shall not see life. . . the wrath of God remains on him.” (5:24)  Yes, God’s love with Law is compatible with the doctrine of Hell and requires it.  Our culture is in profound rebellion to the God-definition of Love.

Our culture is in profound rebellion against the biblical definition of justice.  Justice is an order of righteousness where each person can fulfill their God-intended destiny.  For each, God’s intended destiny is good and loving.  However, empirical study as well as studying the Bible shows us that disparity of wealth distribution is necessary for the dynamic of wealth expansion that enables the most destiny fulfillment.   Destiny prevention is injustice.  Food, clothing, provision, friendships, and so much more is God’s intention for all, but not economic equality.

The anti-biblical quests for justice produce social disintegration.   We have noted the Marxist definition, but there is a neo-Marxist idea of equity that has now permeated the culture, universities, the Democratic party, public schools, the military, and even the Army.  The left speaks of diversity, equity, and inclusion.  These are words that resonate, but the self-defeating program is to see the percentages of each definable group, ethnic group, and racial group, be represented in university faculty and students, in the corporate board room, in the professions, be in line with their percentages in the larger population.  Dumbing down in schools enables more equal academic attainment!  The African American disparity in attainment is the main frustration.  Indeed we should all be frustrated, but racism, though the factor, is not the main factor.

So now we find that Asian Americans, Indians, Koreans, and Chinese, have to be diminished.  Their percentages of attainment are too great.  They must be admitted to elite colleges at lower percentages.  Jews also have too much attainment.  Whites as well do.  Hispanics?  Yes, they are included but was they naturally will attain greater parity, maybe they will need to be diminished.  Then what do we do about basketball?  I won’t go there.  The Biblical answer to disparities is to recognize that people have varying desires for their lives and do not easily make way for percentages.  The Gospel is the #1 key to success.  Secondly, we restore the family and quality education for blacks and for all.  For this we need choice.

Everything depends on defining love and justice rightly.  When we do so we see that God’s love, justice, holiness, and Law require exclusion for the rebellious.  We will see the wrong definition of Love as a profound rebellion against God.

What is my biggest burden?  It is that Christians and Messianic Jews are swayed by the cultural nostrums and definitions and give up the Bible definitions of Love, Justice, and judgment.  See my book Social Justice or more.