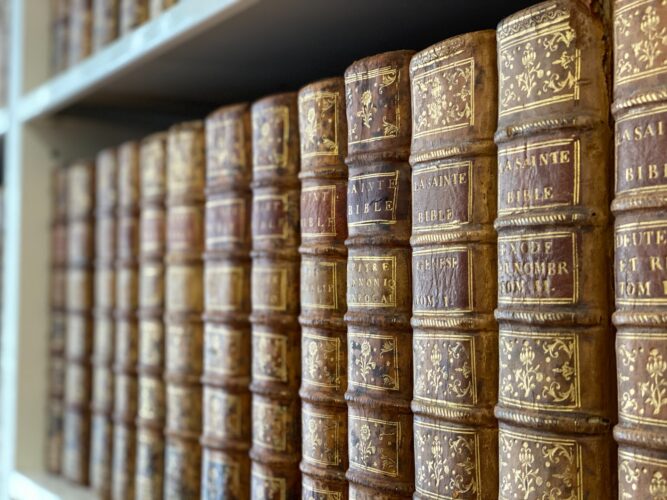 In our last essay, we noted the origins of the term “Fundamentalism” in the series on the Fundamentals published from 1909 onward and then connected to the Niagara Conferences.  It was a scholarly and amazing series that included Orthodox Evangelicals of all stripes.  All can benefit from reading these articles.

However, as Fundamentalists lost the battles for the mainline denominations, as higher critical and Darwinian nostrums gained more and more currency, scholars say that a reactionary negativism became more and more dominant.  World War I left many with a great pessimism about social influence.  Yes, they would say, we have to make a living in this world.  However, to really seek to better society was considered a waste of time.  Yes, if people became believers, in a limited way they could have some positive influence, but the world was moving toward the last days.  The great apostasy in the denominations was upon us and the Anti-Christ would soon appear.  Opting out of cultural engagement became dominant.  It is debatable that Wheaton College, the bastion of Evangelical arts and science education, ever went so far.  However, some began to push back hard on the trends that dominated Fundamentalism.  Legalism, cultural opting out, and the pre-tribulation rapture as a litmus test of faithfulness was more and more seen to be aberrant.  Carl F. H. Henry, the theological mentor to Rev. Billy Graham wrote about this in his important 1947 book, The Uneasy Conscience of Modern Fundamentalism.  Its opting out was given a great critique.  (1947).  Arthur Homes, Wheaton’s most important philosopher, and many think its greatest professor in the last half of the 20th century used to say we had lost 100 years of cultural influence.  I actually think it was only 50 or 60, but he was tracing attitudes in Darbyite influence for 100 years.  Wasn’t Wheaton founded to both spread the Gospel and to be an influence in cultural formation in all spheres?  It is no accident that Wheaton was an influence to transcend Dispensational Fundamentalism.

A group of young men decided to face the best scholarship that liberalism had to offer.  They would defend Evangelical Orthodoxy in the face of liberalism.  They studied at schools such as Harvard, Boston University, and Basel in Switzerland.  Such names as Edward John Carnell, the great Christian apologist who became President of Fuller Theological Seminar in Pasadena, California, Bernard Ramm, the Baptist scholar, Kenneth Kantzer Wheaton, and then of Trinity Evangelical Divinity School, who studied at Basel and Harvard, and Arthur Holmes from Northwestern.  Reformed Scholars were also very important.  Some argued that Dispensational Fundamentalism as it finally hardened into its mid-century orientations, was actually aberrant and cultic.

The words of Edward John Carnell were amazing and quite painful to all of us who were involved in our young years. Simplistic theological approaches prevailed.  Sometimes doing biblical theology is not easy. There are different emphases in the Bible and not everything fits a simple black and with the system.  Fundamentalism is given to black and white thinking. Carnell in his book, The Case for Orthodox Theology, called Fundamentalist Dispensationalism “Orthodoxy gone cultic.” Here is a list from Carnell and others.

We are so very glad that Evangelical Orthodoxy is moving beyond Fundamentalist Dispensationalism.  There is still a way to go.