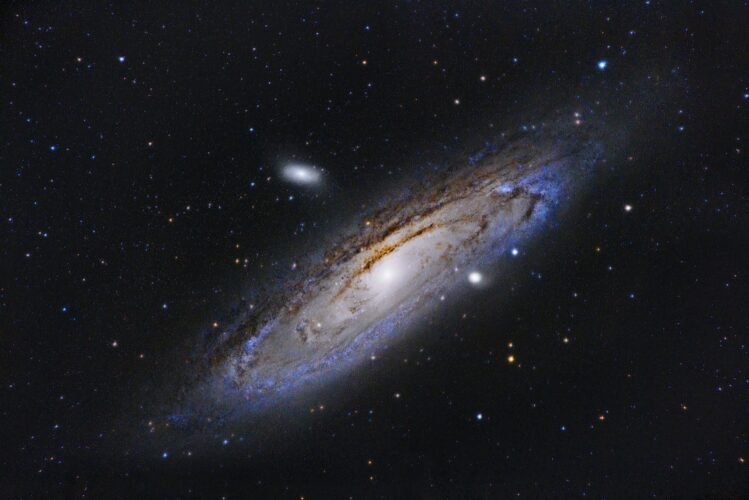 The other evening, I was watching the news.  There was an interview with an astronomer touting the amazing capability of the new telescope that was way more powerful than the famous Hubble telescope.  We now see, due to the penetration of light years, times very close to the origins of the Universe.  Something of the mystery did come through.  The universe began as what is popularly called a “big bang,” but it is more accurately called “the unique singularity.”  From a point of the dimension of a speck of dust, came all matter and energy in the entire universe.  All was super dense beyond our comprehension, and all we know as the whole universe was packed into it, all the galaxies, billions of stars, and planets.  After hardly any time passed, it was the size of a baseball, then a basketball, and then all else.  For an account of this, see Gerald Schroeder’s amazing book, Genesis and the Big Bang.  Dr. Schroeder was an MIT Ph. D. graduate and physicist, a very high-up scientist.  His study of science led him to believe in God, and today he is an Orthodox Jew.  His other books, The Science of God, and The Hidden Face of God, are well worth reading.  They show that belief in God as the designer of the Universe is the most rational and plausible conclusion from the scientific evidence.  From the point of no dimensions to the complex design of the cell, the conclusion is inescapable.  A naturalistic explanation, in simplified terms, of time, plus chance plus matter, cannot be the explanation of the universe and our existence.

Back to the interview!  The interviewer then asked that in the context of the billions of stars and planets, did he think it was likely that there was intelligent life on other worlds in the Universe.  The astronomer voiced his certainty.  It is likely that there are planets like the earth with the circumstances that would give rise to life.  Many may not have realized it, but they were just given propaganda for atheism.  How so?  Note the statement, “Circumstances would give rise to life.” Really?  How?  It assumes that as our world came about by chance including sentient life and human beings, so also it would happen by chance in another world.  When we read Schroeder, William Dempsky, Michael Behe, and many others, the idea that naturalistic circumstances would give rise to life has been discredited.  There is zero possibility for that scenario.  The right answer to the question of the reporter about other worlds with intelligent life would be, “Yes, there could be intelligent life on other worlds if God so willed and intervened to bring it about, but we do not know if He did.”  Billions and billions of planets make it no more likely that a designed cell would come about, for without God it is impossible.  As Schroeder notes, the statement by the famous biologist George Wald, that time gives the answer as to how chance could bring about life is false.  There can never be enough time.

Sadly, in the program after program naturalistic propaganda is pushed on all of us, including our children.  There is no credible naturalistic explanation for our existence, and even trillions of stars do not make a difference.  It is self-delusion that just presenting huge numbers makes chance more capable of producing a cell.