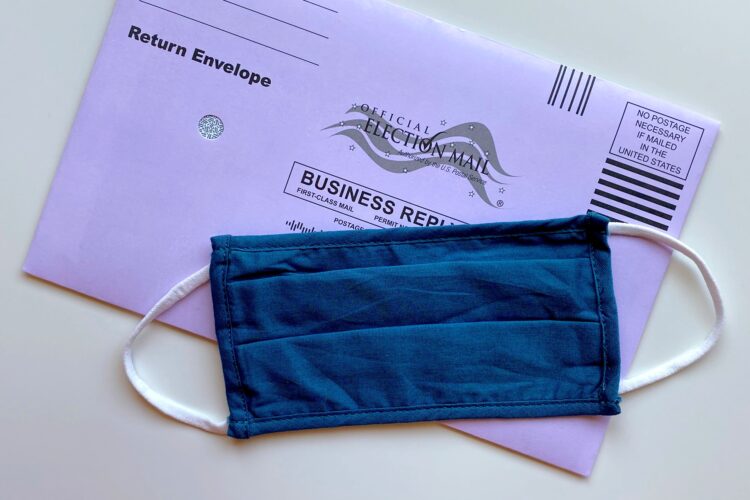 I hold to a position on the separation of Church and State that was very common until the Supreme Court decision against school prayer in 1962.  It was the consensus in the 19th century.  In that interpretation, the separation of Church and State meant that the two spheres were independent, and neither was to exercise any legal control over the other.  It also meant that there would not be an official State Church such as Anglicanism in Britain or Judaism in Israel.  However, the State was responsible to submit to the Law of God for its sphere of responsibility.  Civil Law was to show agreement with the Bible.  This agreement with the Law of God was codified under Eastern Roman Emperor Justinian in the Justinian Code.  To the extent that a state, a people, and its government, violated the foundational truths of Biblical Law, to that extent the nation or people would come under God’s judgment.  One sees such prophetic announcement of judgment as applying to all nations in the early chapters of Amos, the middle chapters of Isaiah, in Ezekiel, and more.  It was a mistake, in my view, that the Constitution did not say that the United States would be accountable to God and his Law.  I think most at that time assumed that it would be so.  Statements by Washington, Adams, and Madison indicate this clearly.  This is the view expressed by the founder of Wheaton College, the great anti-slavery fighter Jonathan Blanchard who said that Wheaton existed for the purpose that the Law of God would become the Law of the Land.  The great revivalist Charles Finney held the same view.  Abraham Kuyper, Prime Minister of Holland 120 years ago, expressed the same view and governed accordingly.  Two Arminians and a Calvinist here agree.

Our primary orientation then as citizens who are submitted to the Bible should be the same as that view historically expressed, that the Law of God would become the Law of the Land.  Yes, that Law has to be interpreted and applied for the New Covenant Age and for our contemporary realities.  However, as much as possible, we should seek to see the Law established and to stave off the judgment of God.  As a citizen of both Israel and America, I want to see my nations more in conformity to God’s Law.   The primary determination of my vote for candidates and for parties is which will move us closer to conformity to the Law of God and which will not.  This question is one that should take into account a more long term view.

I have Christian and Messianic Jewish friends who are both pro-Trump and anti-Trump.  Some of my relatives and friends, seniors like me, who have lived godly and consistent lives look at the present circumstances and will vote for Donald Trump.  Some young people I know as well have come to the same conclusion. I wish my anti-Trump friends would be sympathetic to them rather than to claim that they are morally compromised by voting for Trump.  They look at the Democratic platform on abortion, the LGBTQ agenda that has religious restriction aspects, religious freedom, Israel, and more and will vote for Donald Trump.  They look at the number of committed Christians in the Trump administration.  They may not have a worked-out philosophy of Church and State, but they believe that the alternative to Donald Trump will be destructive, socialist-oriented, and anti-Christian.  The Little Sisters of the Poor will be required to cover contraceptives.  Private school vouchers will end, and this will hurt the poor and especially poor blacks.  Christian adoption agencies will no longer be able to choose married heterosexual couples as their priority for adoptions. Charter schools will be restricted, again hurting the poor.  And I can go on and on with the reasons.  The fact that Joe Biden wants to repeal the Hyde Amendment means that against conscience, they will have to pay for abortions through their taxes.  These issues to them far transcend issues with Donald Trump’s character and offensive tweeting or exaggerating.  His past behavior does not matter compared to the present issues. The Supreme Court appointments give some hope for restricting abortion. That is one great hope for so many. Some argue that Trump has changed, and his character deficits are now greatly exaggerated.  Trump has been amazingly consistent in doing what he promised to do.

However, some of my Messianic Jewish and Christian Friends believe that voting for Donald Trump is wrong.  They believe that his public character is so terrible that an Evangelical alignment with him will greatly hinder the progress of the Gospel because it ruins our witness.   In my view, most of these friends, but not all, do not hold to the idea of the Law of God and the Law of the Land that I explained.  They may look for a more pluralistic society that can support freedom for gays, homosexual marriage, LGBTQ rights, etc.  This does not mean that they want to see Christians and Messianic Jews forced against their conscience to use their artistic creativity to serve gay weddings (the cake baker and wedding planner).  However, in their view, the best way to make progress in society is to see a grassroots growth of the Gospel.  Abortion numbers do not best decline by the force of law, but by evangelism and the promotion of information.  In addition, if we hinder the credibility of the Gospel by support for a person whose character is so grossly deficient, progress in the society through Gospel advance will be set back that any temporary political victories in the agenda of conservative Christians will be at a steep price.   In addition, they argue that Trump has been erratic in his governing, and this has been very damaging to our standing in the larger world.  One very dear and godly pastor friend of over 40 years holds to this position.  We can live with Joe Biden for four years and then elect a credible conservative with a good character.  Otherwise, we can no longer argue that character counts in those who are to receive our support.

I think that we both can agree that the best way to see society more in conformity to the way of God is by the progress of the Gospel.  In my view, revival is such reset that these questions of for whom to vote will pale in the glory of such an outpouring.  The evaluation of who one should vote for and how this affects our credibility and enhance or damage our progress in the Gospel is based on our rational reflections can all be swept aside as God shows himself in signs and wonders and sweeps millions into the Kingdom.  In this, we will see the greatest advance.  However, in the interim, we still have to vote (that is if we choose to vote) for the party and candidate that in our best and prayerful understanding is most likely to stave off the judgment of God and lead to greater conformity to the Law of God. In addition, we are not locked into the limits of our own reasoning but can hear the Holy Spirit speak to us. I think there has been so much rational argument and not enough listening to the Holy Spirit.  I do still think that when one weighs up the policies on religious liberty, conservative judges, abortion, Israel, and more, the choice is clear.  However, I do not dismiss the perspective of friends who disagree.  Let us all stop with the claims that you cannot be a believer if you . . .  or if you vote for so and so, you are a compromised believer.  Both sides have made these accusations.