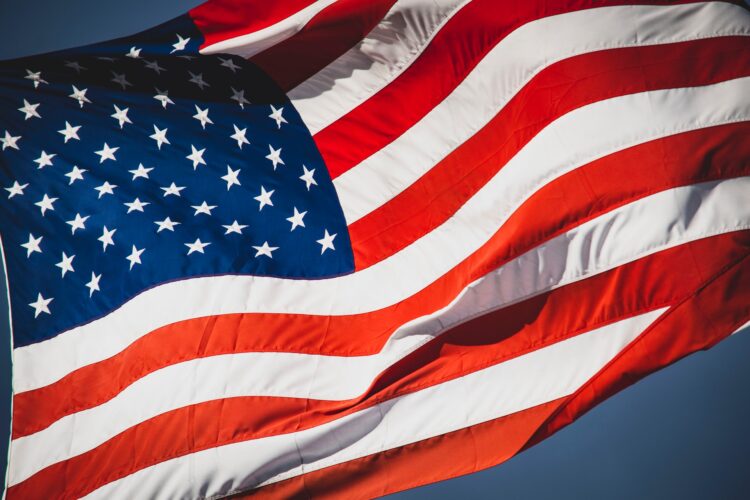 As you read this post, it is Election Day in the United States. Due to the COVID pandemic and for other reasons, a very large percent of the population has voted, but there is still a very large number of people voting on election day.  There is great controversy over some states having extensions for counting votes by mail well after Election Day.  This is especially troubling in battleground states that can decide the election. Hence, in the midst of all this division in the United States, such a delay, which is very possible, could be a disaster.  I will not speak on my personal views and what I recommend for voting. I have laid out my reasons and the pros and cons very explicitly and in detail on this page in the past.  I want to comment on the present situation.

Educated observers say that the United States is more divided today than at any other time since the Civil War.  There are many factors.  I think there are two major factors.  One is the President’s public persona.  Due to the testimony of many friends, people who have worked for him, and his family, I think the judgment that he is a narcissist sociopath by psychiatric standards is certainly not true.  Making such a judgment without direct psychoanalysis is unethical.  But his gruff persona, braggadocio, his stretching the truth, his lies, and his past life have his opponents in an uproar.  However, the division from the other side comes from the rise of the leftist influence in the Democratic party which pushes it from being a center leftist to potentially far-leftist.  Nowhere is this seen more clearly than in the Black Lives Matter Protests.  When these protests began after the death of George Floyd, the country was quite supportive.  However, when the protesters were joined with violent agitators from Antifa and other anarchist and Marxist oriented groups, plus others who just saw that they could take stuff and loot, the protests for legitimate redress of problems lost much of the support.  It goes on month after month. People are deeply upset that the Democrat leaders did not condemn this strongly and then after months only tepidly. Other issues like abortion, religious freedom, and patriotism in general, feel more upset.  It appears that the Democrats are soft on Marxism but if not, certainly on socialism.  There is Alexander Ocasio Cortez. Ilhan Omer, and Ariana Presley (the squad) whose positions and influence strike fear into the voters who oppose them.  The country appears divided right down the middle.  It is a massive cultural divide. The Jerusalem Post today carries an editorial calling for prayer to heal America!  Riots are predicted after the election in the Post no matter who wins.

However, I want to point to a phenomenon at a level we have never seen before.  That is the amazing enthusiasm of a good number of the Trump voters shown in the Trump rallies.  I have never seen anything like it.  It is in my view beyond Obama’s rallies.  In the midst of the pandemic and with amazing passion, despite the dangers, the crowds come and cheer and sit for long but entertaining speeches by the President.  He is loved by these crowds.  Some point to the idolatry of Trump and say it is a Hitler like phenomenon.  I don’t think so.  I recently connected by Facebook to a woman who was a high school classmate. She went to a rally and reported an atmosphere of warmth, love, and excitement.  She said there were whites, blacks, Jews, Hispanic,s and Asians.  They were peaceful and happy in the mix of peoples.   Why this enthusiasm?  Idolatry of a man?  Maybe for some, but I don’t think this is the case for most.  Rather I think it is rather explained by a population that was in despair over the politically correct culture and perceiving a coming darkness and loss of American values and freedoms, sees a champion who gets them and champions them.  It is about the whole culture for many.  We have never seen such energy on the stump.  Trump flies to several states and does rally after rally in the last days before Election Day.  The people?  They have hope, but it could be a hope that is crushed.  Let us look at how these people see it.  There are blue-collar workers who saw the decline in high paying jobs due, they believe, to them being shipped to China and other low wage destinations.  Finally, someone is speaking up for them.  They may be too simplistic in analysis, but they feel in their hearts, finally.  There are the anti-abortion pro-life people who were given lip service and limited action from George W. Bush, but now they believe they have a champion.  There are the Evangelicals who believe their religious liberty is in jeopardy and that they are being required to bow at the altar of the LGBTQ agenda, which is not just about civil rights, but about cancel culture and shaming all who stand for traditional morality as though they were promoting hate speech. (Read the story of the firing of Mazilla leader Brenden Eich who was removed for supporting a petition against gay marriage.  Note the football coaches fired for praying).  The son of the famous Bobby Beathard of the Washington Redskins was fired for supporting the phrase All Lives Matter on his door at his college.  There is really a great offense at the cancel culture.   There should be legislation to protect free speck and religious moral convictions.  These folks need equal civil rights to minority groups.  I have recommended the amazing book on the growing totalitarian power of the left by Rod Dreher, Live Not By Lies.  This is a very justified concern. These people see how the campus has gone left and embraced cancel culture.

Amazingly there are black and Hispanics who believe that Trump has delivered for them in wage growth and economic efforts for the marginalized.  Together they make up this group that my high school friend reported on. Trump is polling higher percentages in these groups.

Finally, there is a great consensus of prophetic people that are for Trump’s re-election.  This spans from Mark Taylor’s prophecy in 2011 that Trump will be elected. The prophetic movement is of two presentations.  One is that Trump can be re-elected if we pray.  They are obviously are pro-Trump.  The others have gone out on that limb and predicted a Trump victory.  See also the 10 prophets interviewed by Sid Roth.  Then there is the scholarly book by James Beverley from Tyndale Seminary in Toronto who is only reporting not taking a position. But the catalogue is amazing in his God’s Man in the White House.  Right now, Trump’s election by the polls looks very unlikely.  However, these folks are not shaken.

If Donald Trump loses, one of my biggest concerns is how devastating it will be to the number of these prophets’ voices.  Some are seasoned and in their older years.  How will it affect them and those who believed their words?  But if Trump wins, imagine their credibility.  Some have been very specific with regard to what Trump will do in his second term and even predicted that he would have a transforming encounter with God.

I do not believe Trump’s loss will produce riots, but it will produce despair. We have to remember that our progress for the Gospel does not depend on a political outcome.  God can advance his people under all kinds of situations.  Look at China. This would be our radical foundational conviction and confidence. No matter the outcome, we will win.  However, there will be looting, rioting, burning, and maybe death if Trump wins.  We are glad to many are praying.  Revive Israel, one of our key ministries is hosting an international prayer meeting on-line on election day.  We are now in Kansas City where IHOP has a day of prayer on Election Day.  We pray for the will of God and not are not making an endorsement in these prayer meetings.  Many others have had days of prayer and fasting with large participation.  So, let us double down in prayer above all else that this season fraught with danger and possibilities.