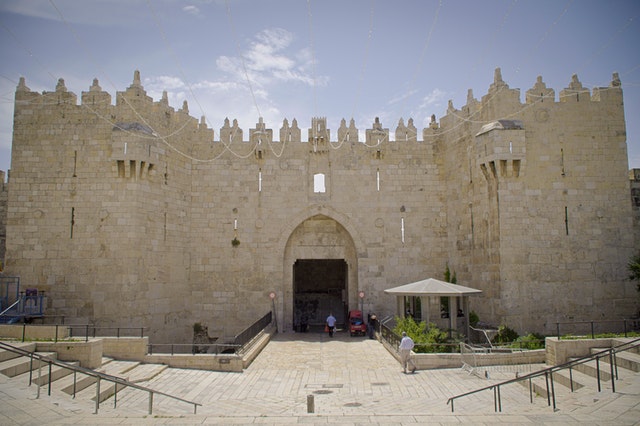 For many years I have wanted to read Mark Twain’s book Innocents Abroad.  Why?  Because it is so frequently quoted concerning Twain’s impressions of the Holy Land on his trip in 1867.  The quotes prove the Holy Land was desolated and largely unpopulated.  The idea is to show how the primary issue of Jewish settlement was not displacement but making the Land into something when it was so desolate.  So, I finally downloaded a Kindle reader copy from Amazon.

What a great read. Twain was a literary master.  This was written before Tom Sawyer and Huckleberry Finn.  He went on a long journey from New York.  He visited many places in Europe, North Africa, and the Middle East.  Though he sometimes bogs us down in his own thoughts disconnected from the center of his travels, generally the book is brilliant and a pleasure to read.  Twain shows himself to still support the views of his Presbyterian upbringing.  Twain’s description of Arab cities and towns is very negative.  Some would say it is prejudice.  However, Twain was not a racist but attributed the negatives to a deficient culture and religion.   His descriptions of Paris, Milan, Venice, Florence, and Rome were wonderful to read.  To see places that we had visited described as they were in 1867 was a  great pleasure for me.  Twain is devastating in his sarcasm about Catholic relics and holy places that do not have a credible history behind them.  This is true in the Holy Land as well.

However, the center of the book for me was his description of the Holy Land, its desolation, poverty, and cultural deprivation.  I don’t live in the same country that Twain describes. Israel today is a beautiful and a largely prosperous land.  Truly it seems as though this land could not flourish without the Jewish presence.  Twain describes everything from the Golan to the Sea of Galilee (the Kineret), Samaria, Judea, the Jordan Valley, the coastal plain, and of course, Jerusalem and Bethlehem.  Many of the inauthentic holy sites are subjects for his biting humor.  He was a master of humor.   Even the Old City today is a wonderful place to visit but then it was not so much so.

One of my good friends who led tours has all his tourists read the sections on the Holy Land before their tour.  That is a great piece of advice.  The return of our people to the Land is almost a resurrection of the Land from the dead