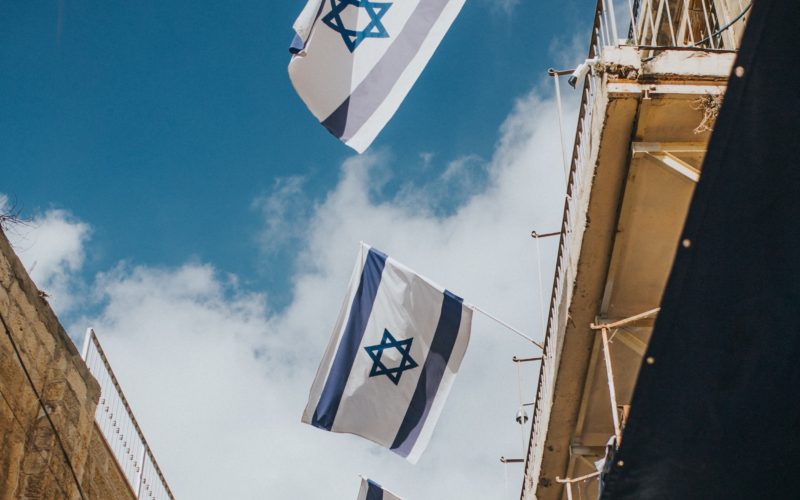 It is somewhat strange to be in Israel during New Years Day.   The world change of calendar is not a holiday in Israel. It is a normal workday.  Our family in Israel, all from America, did gather for a New Year’s celebration. It was a wonderful time of fellowship, food and the rukus of the younger of our 11 grandchildren.

However, there is no break in the political perils in Israel.  The Prime Minister, Benjamin Netanyahu, has been indicted for fraud and breach of trust.  He has not asked for immunity from the Knesset. The last Prime Minister before Benjamin Netanyahu, Ehud Olmert, resigned when he was indicted.  The Parliament (the Knesset) can grant immunity for good reasons, but if the reasons are not good, the Knesset can be overruled by the Supreme Court.  Then the Knesset can change Israel’s basic law so the Court cannot overrule them on these kinds of issues (but that is highly unlikely).  Hope you are not confused at this point! Basically, his asking for immunity will likely delay the court filing by the attorney general until after the March 2 election, the third election.  Then the new Knesset after that election would have to decide. It is still unlikely according to the polls that Netanyahu would get 61 votes necessary to pass the immunity request and unlikely that he will be the Prime Minister and get 61 votes for that.  I have given my reasons for supporting Blue and White re: religious freedom and the persecution of Messianic Jews, the dangers of the non-working welfare supported Ultra-Orthodox Jews in Netanyahu’s camp, the marginalized status of so many Russian Jews, and the greater economic distributive justice for Israeli Arabs in government programs.

It is amazing that the Prime Minister of Israel is in danger of being convicted of crimes and removed from office while at the same time the American President has been impeached and will probably have a trial in the Senate if the impeachment papers are turned over to the Senate.  However, the key person in Israel for this indictment was a Netanyahu supporter, the Attorney General Mendelblit of Israel. He is accused of clearly defined crimes according to criminal law. Whereas in the House of Representatives, it is the super partisan Democratic Party that impeached the President (this is like an indictment).  There is no clear violation of any criminal statute. In Israel, since we do not have a New Year Holiday, the political process is continuing as I write. Issues of when to convene the Knesset committee that would hear the request could assure delay until the election. In the United States, Congress will reconvene next week. Stay tuned for a roller coaster ride in both countries.   Is there something spiritual whereby both countries are in such political upheaval? Some want to compare it as two really good men chosen by God who are being under political attack. This is far too simple as this essay shows.

In the midst of all this, my biggest issue in Israel is the freedom of Messianic Jews to continue to share their faith, build their congregations and to receive citizenship when they make Aliya.  This seems like a small issue to the world. Like the Chinese, we pray, “Lord, give us the government which will best enable the Gospel to go forth.”