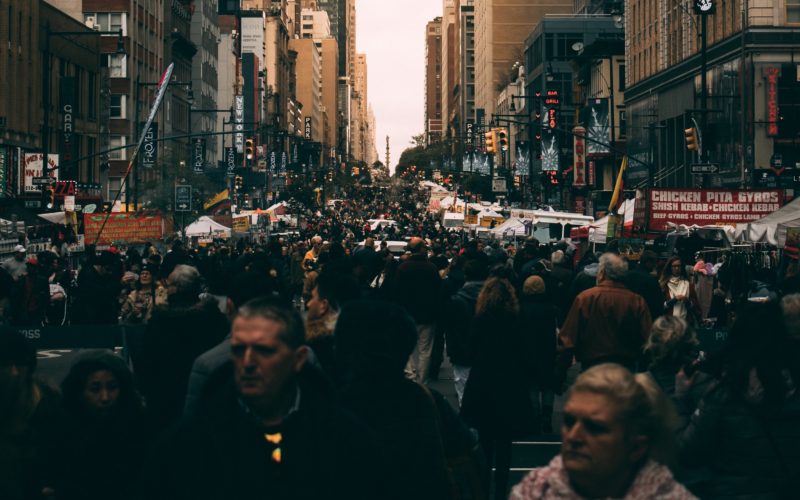 We live in a time of many narratives about many aspects of life.  The very word narrative, as the story or description that is how we see reality in various realms, has become ubiquitous.  Fifty years ago, we hardly ever heard the term narrative except in literature. Postmodern Philosophy constantly tells us that there is no true meta-narrative.  What does that mean? It means there is no ultimately true story or view of the nature of existence or no ultimately true world view. Of course, that is just their assertion.  Do those who assert this conclude this after rigorous searching and comparing world views and taking into account all the relevant evidence to come to this conclusion? Maybe some think they did so, but I think most just are asserting this position.  It is their preference. I have yet known of a post-modernist who has really sorted the evidence for the Biblical world view. There is the evidence of design that follows from the details of the forces of the universe stemming from the big bang. There is the amazing integrated complex order of a cell that is as complex as New York City.  Then there is the evidence from the Biblical material itself. For example, the credibility of the accounts of Luke in the Gospel of Luke and the Book of Acts are amazing. The day of Pentecost itself amazes. So does the testimony in I Cor. 15 on the resurrection of Yeshua. The evidence of continuing miracles today done in the name of Yeshua (Jesus) should astonish and cause wonder.  Craig Keener’s massive two-volume scholarly study is only a small sample! This is dishonesty and shallowness in the postmodern assertion.

Meta Narratives provide the organizational key to tying together all the various aspects of existence.  The Biblical world view is the true truth narrative.  Without it, we are adrift on a sea of subjective assertions.  Commitment to the truths of the Bible should make us careful about quickly buying into the shifting narratives of our day, many based on subjective prejudice.   Here are a few. The narrative that the problems of the world all are rooted in the evil of white people from Europe who spread colonialism and oppressed non-white peoples in slavery and massacred the native Americans and stole their land is now constantly asserted by the radical left.  There is a degree of truth in this narrative, but it fails to deal with the fallenness of human nature and the universal reality of power and abuse. Did the Mongol invaders colonize nations and oppress and abuse? Did the dominant Chinese and Indians tribes slaughter whole villages in their conquering and wipe out their enemies?  How did China become an empire? Did some African tribes slaughter and oppress other tribes? Did some native Americans do the same? The Biblical world view has been the greatest influence in overcoming this corruption. This narrative leads to many other skewed conclusions. Should the founding fathers of the United States be totally rejected because the Virginia founders held slaves?  Is that the end of the story? Did they make human rights progress that was an advancement in the era in which they lived? Who were the people who eliminated slavery after fighting against it tooth and nail? It was mostly white English people. It was their understanding of the Bible that motivated them. And we can go on and on. People will oppress others for their advantage when they have the power or capability to do so and only biblical transformation can mitigate against it.

Then there is the black lives matter movement.  Yes, blacks are often not treated fairly by white policemen. But in this narrative, the idea is that the biggest problem of the loss of life in the black community is from the police.  There is little loss of black lives from the police. This is not a true narrative. Rather, creating a barrier between police and the black community will lead to a much greater loss of life.  The drug gangs and the slaughters from this can only be addressed in part by a police presence that is far beyond what is yet contemplated. Just after the assassination of the Iranian terrorist Qasem Soleimani, Colin Kaepernick made the statement that America only kills non-white people.  I think he is not becoming absurd in his comments. The last world wars saw white against white and yellow against yellow in the East. But his comments arise out of being captured by the last two narratives we mentioned.

The narrative about toxic men and the new despising of men by some feminists is another case in point.  A biblical world view would tell us that men and women can be evil, both can be toxic. Unless men and women are discipled in biblical values, there will be a social decline on many levels.  Who was that woman who procured the young women for the infamous sex fiend Jeffrey Epstein?  Oh? A toxic woman? When men are trained in biblical values they honor and treasure women and treat them with special regard. The men in my family did so.

Then there is the narrative about capitalism being only about greed and unfair wealth distribution.  Of course, crony capitalism where the government favors some corporations and does not incentives investments that lift the general population are a problem.  However, socialism just does not expand wealth and life people of poverty. This has been proven again and again. This does not mean that there should not be social safety net programs.  Again, there is a narrative that is not based on evidence but on emotional preferences.

Then there are sexual narratives about homosexuals, bi-sexual and transsexual people.   Generalizations are plentiful. These narratives have some truth in that people were not treated in loving ways as created in the image of God, but the interpretations of sexuality are subjective narratives.

We even see simplistic narratives about war.   Removing the Baathist rulers in Iraq (though Saddam had to go) was a great mistake.  Some, including myself, predicted an Iranian controlled Shiite Iraq. Yet the narrative is pervasive that George Bush lied about weapons of mass destruction and that that the reason for the war was oil.  Bush did not lie, but the Clinton appointed head of the CIA told him it was certain they were there and that it was a “slam dunk.”

Then there are simplistic narratives on global warming and the environment.  The folks pushing these narratives will not face the fact that the U. S. has lowered its emissions more than European nations.  They will not face the issue of China, India and how Africa will develop without fossil fuel. It is a prejudice against the old white countries which must be the problem!

Simplistic narratives now define our American and our Israel political discourse. In America, the narrative about President Trump from the left is simply a gross oversimplification though there are grounds for concern.  In Israel, Netanyahu lies and calls the Blue and White party leftist. They are probably right of center. But that is now the narrative among some of the right in Israel.

How do we deliver ourselves from being corrupted by the narratives that swirl about and constantly bombard us on the internet?  Narratives that are exaggerations and so out of balance Here are my recommendations.