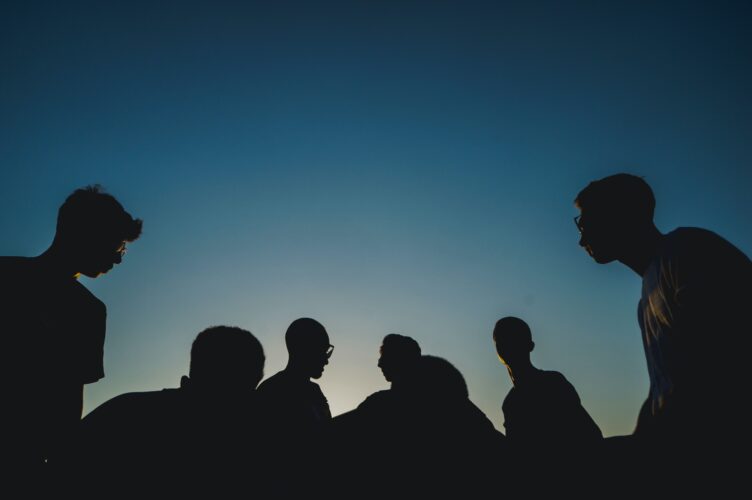 When some looked at the catalog of sins against Black Americans from the first arrival of the slaves in 1619, through the Civil War, and then Jim Crow, a wrong conclusion was reached.  That conclusion was that there was something inherently wrong with white-skinned people. In spite of postmodern teaching that there is no essential human nature, that sexual all roles are socially constructed, which includes the embrace of gender fluidity, an LGBTQ, etc. orientation to sexual identities, yet in one place an essentialism is asserted.  That essentialism is that there is an inherent evil in white people, an original sin, something that is part of their nature, for which they must always walk in humiliation and sorrow.  This is their explanation of the white exploitation of other races, and especially the black peoples.  This essentialism of white evil, an original sin nature, is foundationally contradictory to the teaching of the bible on the equal worth of all human beings and the equal level of original sin in all people. It is an antichrist doctrine.

Some misunderstand those of us who push back against Critical Race Theory as not facing the terrible evil of racism and the effects of that racism to this day, including continuing racism and discrimination that still takes place.  We do not misunderstand this though we think it is much less than in the past and progress has been made.  We accept the fact of the problem of racism, however, and want to fight for the black underclass.  In our view, and that includes some of the greatest black leaders who argue against Critical Race Theory, this theory and the prescriptions that follow from it will foster hatred, division, and a continuation of poverty.  It is an anti-Christian view and as such will certainly bring great pain and failure.  Critical Race Theory is a formulation from atheists and is an extension of the Critical School of Thought, a Marxist movement going back to the University of Frankfurt in Germany in the late 1920s.  It came to its great practical application in the movements of the New Left and the philosophy of Herbert Marcuse, the philosopher of the New Left in the late 1960s. His writings on revolution seem almost like a playbook for those supporting Critical Race Theory, including cancel culture, the manipulation of language (in almost Orwellian terms), and the power of intimidation to gain control in society.  These tactics are shared by the LGBTQ movements as well.  Fostering CRT in our public schools is corrupting our children and building division in corporations, the workplace, and government. White children are being made to feel bad that they are white.  The goal of many is the end of free enterprise and replacing it with the more just system of socialism.  It is about revolution.

Here are some keys for understanding Critical Race Theory, from now on just noted as CRT, and why we know it is an anti-Christ system.  The CRT begins with the inherent sin of whites versus the biblical declaration that all have sinned. Whites as a race are to engage in a kind of secular Maoist self-criticism and repentance.  Yet biblically, repentance can only be enjoined for real ethnic groupings, governmental entities (nations), and individuals.   Being white is not an ethnicity that can repent.  Nations, ethnicities, and individuals can repent in the bible, but repentance is never a matter of a skin color grouping.  One great thing in all of this is not admitted.  That is that the great majority of whites today do not believe in black racial inferiority and desire that blacks attain parity equal to whites in the society. This is amazing.

Every ethnic group, family, and tribe has a natural tendency to identify their people as the superior ones and are suspicious of all the outsiders who are different as also lesser.  One can see the same behavior in the historically warring African tribes, the genocide practiced in India and China, and the oppression from Japan toward Korea and other Asians.  This is part of the sin nature of all people and blacks carry as much of this sin nature as whites.  The issue of prejudice is not a white issue and the enslavement of others is a world-historical issue in most cultures.

The analysis of why blacks are not succeeding is wrong.   CRT points to white privilege as the primary reason for black’s being held back.  Yes, there is a degree of such privilege, but not so much that a black cannot break through the barriers.  Nigerian black immigrants do not experience this at significant levels and are very successful. Indians from India, a non-white people, are the most successful income per capita group in the United States and Asians in general now outpace whites in success.  Teaching blacks that their situation is to be blamed on whites and that they are victims will produce a terrible defeatism.  Somehow the idea of CRT people that shaming whites for their privilege and dumbing down the curricula will help is amazingly wrong-headed. It will perpetuate more failure.  So, the idea that math and precision is racist, etc. is a recipe for failure.  Of course, imagine the disaster of applying this to brain surgeons like Dr. Ben Carson, or to bridge builders.  Reality is not so forgiving to errant engineers.

CRT fosters the idea of systemic racism, that the system created by whites is biased against non-whites.  But this is not true for Nigerians and Asians. Why so?  The CRT sees the marginalization of the black underclass as stemming from subtle language issues that were developed by whites that are microaggressions.  A whole new way of language has to be developed that is not from white culture from the west.  Precision itself is a white value. So is a meritocracy.  Again, this will lead only to more failure.  One of their key issues is police prejudice. That is not a primary reason for black marginalization.

No amount of change in language signals or the demonization of whites will produce success in the black underclass community.  That success can only come from gaining ability and marketable skills.  Nor is police prejudice in treating blacks unfairly a key to seeing black success. The percent of danger in an unarmed blacks being killed by police is minuscule though that is the big issue today for defunding the police and in Black Lives Matter (BLM).  Fostering anger at whites for past racism will have no effect in making blacks more successful.  Pouring money into failed public schools will have no effect.  Getting whites to feel ashamed for being white and for white privilege will have no significant effect lifting the poor black community.  Without the blood of Jesus, such repentance will lead nowhere. The CRT is wrong in identifying the roots of the sin problem and is wrong about the very vague solutions they offer.  Black Lives Matter partners with CRT to overthrow the existing social order for socialism.  This also will fail since socialism simply fosters a more equal poverty for all. This has been demonstrated again and again.  So, what is the answer?  There is systematic racial disparity in outcomes, but it is not based on systems that are identified by CRT.  The systemic problems are clear in what I list as solutions.

These prescriptions, which are argued for as well by black leaders such as Robert Woodson are far from what CRT and BLM are fostering.  We do not deny the horror of slavery or racism but pouring fuel on the fire of mistrust and anger between black and white by CRT will lead to great failure and pain.

As the culture goes crazy right now with transgenderism, defending promiscuity and going for socialism, I fear that good solutions will not be attempted but that the country is moving into a national dystopia.  May we give ourselves to prayer for revival and healing of the divides. Luke 4:18 is the key text, that the Spirit would be upon us to preach good news to the poor and deliverance for the captives.