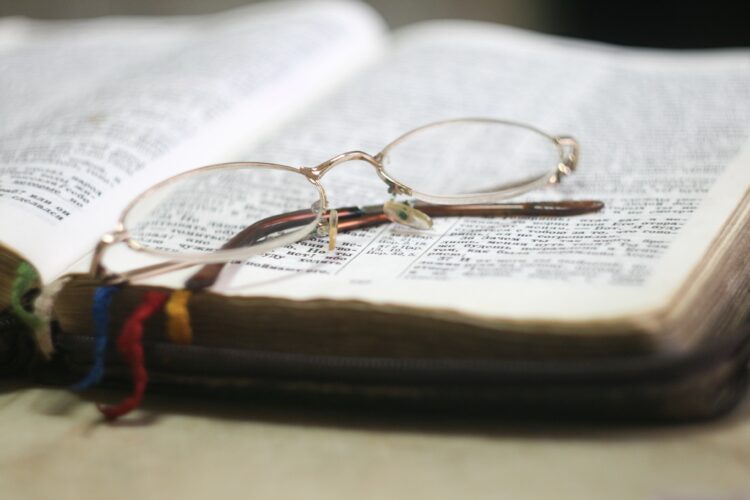 Dr. Arthur Holmes, of dear memory, was one of the most famous Evangelical Christian philosophers of the 20th century.  So many learned both the history of philosophy and the theory of knowledge, epistemology, from the British Dr. Holmes.  His students constantly heard the phrase, “world viewish thinking.”  What did homes mean by this phrase?   It was that the Bible gives us a coherent worldview, not just Bible verses about the plan of salvation to gain eternal life, or the second coming of Yeshua.  This worldview provides us with the foundations of understanding on God and his creation, the nature and worth of human beings, a definition of justice, God ‘s moral order, God’s heart for the poor, economic principles and so much more.  Holmes had massive influence on some of today’s philosophers, some of whom are in now retirement age, but younger ones in their prime.  The noted historians Mark Noll and Nathan Hatch, philosophers Merrill Westphal who taught at Yale, and Talbot’s distinguished William Lane Craig, whose papers I graded as an assistant in department.  I will apply what Holmes taught in my own words.

Debates between Christians including Messianic Jews with other Christians and Messianic Jews and also with those who do not follow Yeshua often produce a lot of heat and little light.  This is because they do not examine their assumptions for the debates which assumptions for Yeshua/disciples should flow from a biblical worldview.  The contours of a biblical world view provide the evaluation criteria for judging philosophical, psychological, social and political views.  However, as George Barna noted in his polls, perhaps less then 5% of Evangelicals, surely less that 10% have a coherent Christian worldview.  I am not speaking about systematic theology per se, but worldview does overlap with it.  It the deals not only with the meta narrative of the Bible, which is crucial, but what systematic theology used to title, human life in this age.  I try to deal with some of this in my book The Biblical World View, an Apologetic and in my book Social Justice.  Of course, in this short posting, we cannot go into detail, but we can make a beginning.  Let’s just name a few.

Relativism is the view that there is no objective truth, but we only have preferences in the way we see things.  The Bible says God is the source of objective truth, and that truth begins with his revelation in the Bible.  Because of that, ethical norms are clear and fixed (this does not mean there are no moral dilemmas).  In addition, God created an orderly world so that objective scientific empirical knowledge is possible.  The great defense of objective scientific knowledge is found in Michael Polanyi’s Personal Knowledge.  Whenever a person speaks about “my truth” over against “the truth” you know you are dealing with knowledge relativism and must not succumb to it.  Furthermore, ethical truth is not a matter of emotive preferences, but defined by God’s revealed standard.  But how many are the confused believers who get shaken from their moorings by the propaganda and the social pressure of their culture.  People are socialized into their views.  A biblical people must resist this.

For example, when we deal with transgenderism, the Bible brings us back to the trustworthiness of God in creating male and female.  From Genesis to Revelation the biblical norm of male and female is clear, and monogamous marriage or celibacy are the absolute standards for sexuality in the New Testament.

When we deal with critical race theory (CRC) the question is not whether or not the institutions of our society are organized to exclude blacks or other minorities. That is an empirical question to be studied.  Rather the issue is that CRC defines whites as inherently evil in a more significant way than blacks.  It fosters racial division.  It then seeks to solve the problem by undercutting empirical measures of success that that are based in an objective world.  The biblical world view requires us to affirm that all have sinned and stand guilty but through Yeshua we find reconciliation, mutual support and the end of racial hostilities.  Everything is not due to white supremacy but due to sin before God. All groups historically were subject to tribalism and seek to dominate others for the sake of their tribe’s prominence and power.  The Bible affirms good in all cultures, enables evaluation of cultures, and diminishes ethnocentric pride.

Today’s elite says all cultures are equal.  This trivializes the distinct good values and expressions in cultures and rejects the Bible as the norming norm by which we evaluate what is good and bad in cultures.  We reject cultural relativism.

Marxism and todays social justice warriors base their definition of justice (though not always disclosed) on a Marxist definition of economic equality.  This is a wrong definition.  I believe that one can derive a definition of economic justice from the Bible whereby see that economic justice has to do with a system of economics that brings the greatest provision for the greatest number so that people are not prevented from fulfilling their God intended destiny.  All are not called the same wealth and its management.  Injustice is destiny prevention.  In this we as well see the great economic aspect of the evil of racial discrimination.  A decentralized free enterprise system with checks and balances is the best system for providing the greatest provision for the most.  It does allow for freedom to gain wealth and does not prescribe equal wealth.  However, the Jubilee Year principle (Lev. 25) and many of the prophets’ statements show that accumulation must have a limit.  Today we are moving toward a dangerous corporate socialism, not really socialism, but control by corporations and super wealthy people who virtue signal toward socialism!   Decentralization of enterprise is very important.

There are so many areas where a biblical world view enables critical evaluation and prevents the contamination of our thinking with incompatible worldly positions.  The Social Sciences are another such realm.  Psychology, social psychology, and sociology are examples. What theories of counselling are compatible with the Bible, and which are not: neo-Freudianism, behaviorism, cognitive behavioral therapy, reality therapy, family systems and more?  All have some truth but understanding human nature and sin from a biblical perspective are crucial.  Psychological or soul healing is based on repentance, receiving Yeshua, the power of the Spirit, deliverance, identification with the death and resurrection of Yeshua and the power of the healing community.  All must be evaluated with these keys for restoration.

The Biblical world view presents us with the possibilities of bettering the society but warns us against false utopian thinking.  Only the Messiah brings a world order of peace, prosperity and the end of war.  Western movements that have a utopian bent, Marxism, Neo-Marxism, Socialism and Corporate Socialism (really corporate fascism) are all heretical off shoots from Christianity.  Why do I say this?  Because they all profess the equal worth of human beings without the biblical basis of human beings being created in the image of God such that every human being has an equal creation worth before God. Without this foundation the quest for equality will breakdown.  Societies that were not influenced by the Bible do not even think in these terms at all unless influenced by the West. India, Thailand, China, Islamic Countries do not have the idea of the equal value of every person.  British historian Tom Holland, though an atheist, was very clear about this.  This does not mean that we do not fight for social betterment for people in our societies.  We do and must.  However, we must not lose sight that all social progress that ignores the Gospel of the Kingdom will ultimately come to naught.  The Gospel of the Kingdom is the way to reconcile races, ethnicities and to see social progress.

Some Evangelical Christian Social justice warriors are far from the Biblical worldview.  The 19th Century Evangelical social justice warriors should be our model for applying the Biblical world view.  They fought slavery, child labor and slave level wages for workers.  However, this also shows that a Biblical worldview does not support the idea of the separation of church and state as now defined since the Bible tells us that God will severely judge nations that depart from his basic laws.  This is why if we seek to see our nation not suffer the wrath of God’s judgement, we do not on the basis of liberty, accept serious crimes against humanity through prostitution, pornography, and abortion.  Abortion is a violation of the sacred value of the baby being created in the image of God.

I can go on and on.  I hope that in the future biblical world view education becomes part of the life of the Church including Messianic Jewish congregations.  It should begin with children, then with junior and senior high young adults.  I would love to see a curricula developed that debriefs young adults and college age students in regard to the false things they learn from their schools and social media.  Better yet, I would love to see more education done from a solidly biblical worldview perspective.