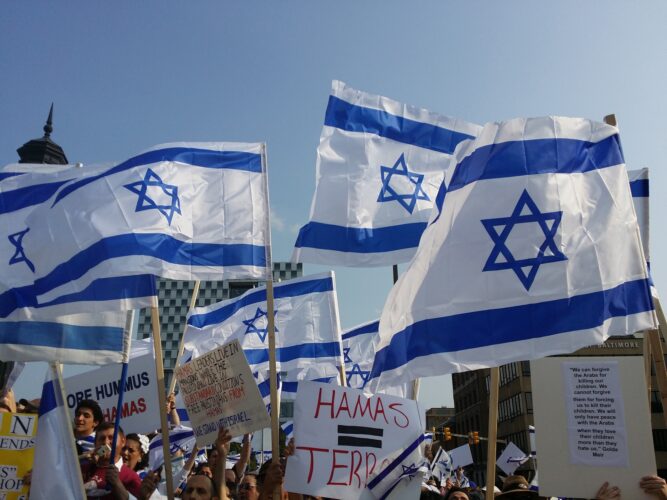 Although Benjamin Netanyahu professed that he accepted a two-state solution for the Palestinians of Judea and Samaria (the West Bank) in 2009, it is quite clear that he and his Likud Party are really against a two-state solution as are most of the right-wing political parties which make up about 75 out of maybe 120 of the members of the Knesset (Parliament).  Why it is so hard for Likud to form a government?  The reason is that Bibi has betrayed several key past partners that will not form a government with him.  So, they want to form a centrist unified government with those who advocate for a two-state solution though they don’t.  However, this is not so important to them because the positions of the Palestinians make any such solution impossible.  The overwhelming conclusion of Israelis since M. Abbas walked away from the too-generous agreement with Ehud Olmert is that the two-state solution is dead.

For the great majority of Israelis, a two-state solution will lead to a terrorist state on Israel’s border, just like what happened in Gaza.  So they are not in favor, at least not for the near future.  However, the international community of nations overwhelmingly favors a two-state solution. Why?  One of the reasons is the assumption that every people or person deserves full citizenship in a recognized state that is a member of the U. N.  Upon what basis in morals or history does this assumption rest?  There are 22 Arab states and Jordan is the majority Palestinian in population. There are other situations in the world, of territories that are exceptions, like Puerto Rico, whose people prefer to not be a separate nation or a state of the U. S.  Once this assumption is rejected one can see a long-term solution.

Neither Israel nor Jordan want to give the Palestinians full citizenship. Jordan fears that they would upend their government.  Israel cannot absorb so many.  Indeed, they might not be able to maintain a Jewish majority (This is debated-see Carolyn Glick’s One State Solution).  Israel, due to terrorism, cannot afford to give up security in Judea and Samaria.  The answer is semi-autonomy and a special non-citizen status with Jordan that provides passports and services that are needed.  The economy of the Palestinians can be tied to both Jordan and Israel.  In this solution, the Palestinians do not get U. N. membership and state status.  But they can get most everything else in autonomy, self-government, and territory.   Israel settles the Israeli areas, and the Palestinians keep their areas.  Jordan is the protector of Palestinians in their travels through their consulates.

Will this ever happen? Probably not.  The world is too locked into the rigid assumption.  The Palestinians are in an all-or-nothing mode. However, it is good to see that if we think outside of the box we can conceive a solution.   One thing for sure, Israel must make a legal decision that no government can be chosen by Palestinians that are committed to Israel’s destruction.