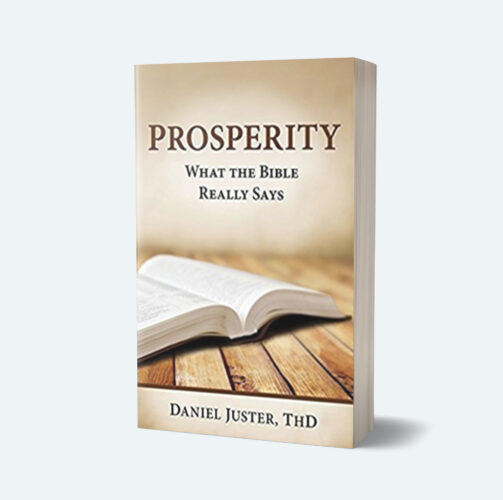 In the 1970s and 1980s, a new doctrine swept part of the charismatic world.  It was the prosperity doctrine, which some have dubbed the Prosperity Gospel.  One day I was having lunch with Steve Strang, the owner of Charisma magazine.  After sharing my concern, he invited me to write a book which is published by one of the Charisma companies.  The teaching of prosperity in some circles devolved into teaching that believers were King’s kids and had a right to live in opulent wealth.  Some of their leading proponents live in mansions, literally 25,000 square feet, have fleets of cars, one with a Rolls Royce and a fleet of Mercedes, another with one of the most expensive jets.  One leader, when asked why he drove a Rolls Royce, responded that a leader like him requires good reliable transportation.  The late Jamie Buckingham who told this story used it as an example to show how a person can be so out of touch.  Wow, I wish I could have given this prosperity teacher the Consumer Reports car edition which shows that a Honda is more reliable with much fewer repairs.  Some have gone so far as to teach that giving to their ministry is the key to wealth since their faith and prayers for their doners to prosper is especially powerful.  Forget giving to the local church.  Give to the faith minister.

Generally, it is taught that prosperity is built through generous giving by faith.  If one gives and believes, and then is diligent in work, then one can expect to get rich. There are conferences that teach this and hundreds of thousands who believe it.  There are whole churches that believe this, and sometimes large ones.  Sometimes the facilities are gaudy rich.

I believe that such teaching is contrary to the Bible.  When Paul’s life is given as an example,  some have said they have more revelation than Paul.   When Jesus’s example is given, it is said that he became poor so that we might become rich.  That the disciples lived with great modesty and sacrifice is not presented as an example.  Nor are texts much used like I Timothy 6 that warn of the danger of desiring to get rich or to be satisfied without riches.

Yet in a true way, the Bible does teach prosperity.  However, the definition is not living in opulent wealth. Rather it is that “God will abundantly supply whatever you need for whatever you are called to do.”  That abundance is assured by giving our all to Him, tithing, and giving generously by faith. Yes, faith is a key to biblical prosperity. This faith comes by building the word into our souls.  There are many texts that present this promise.  Even the person who is in jail for the Gospel has God’s provision to enable faithfulness and survival as long as God wills since no one can take the life of one in the will of God unless it is time for that sacrifice.  Generally, God supplies food, shelter, and education for our children and often far more for his followers.  However, there is no right to live in opulent wealth in this life in the Gospel.  Some in the business world are called to wealth for the Gospel. They will manage that wealth for Him.  However, the standard for full-time ministers of the Gospel is modesty, which we define in the book.  It is not a poverty mentality.  The false prosperity teaching has hurt our witness for the Kingdom and made a mockery of us among the lost.  Let’s learn and build faith for true prosperity. Do obtain my book.  It also has advice for investing and retirement.  Steve also encouraged me to tackle two other areas of his concern.  I will report on these two as well in a future post. One is on teaching on spiritual warfare.  The other is on heaven, hell, and the afterlife. Will everyone be saved?