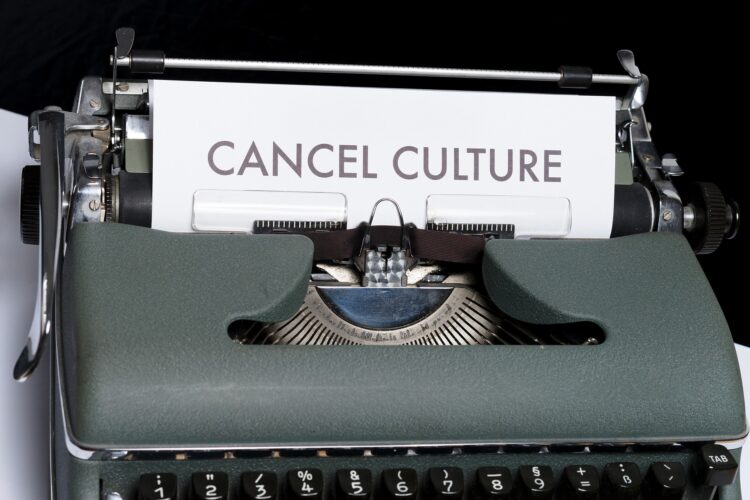 As a student of Wheaton College in the 1960s anti-war years, the Evangelical faculty held up the examples of the great reformers of the 19th Century.  We were inspired by the examples of ministers of the Gospel who also engaged fully in the political and social issues of their day.  The great revivalist Charles Finney and his fight against slavery is an example.  So also, Jonathan Blanchard, the founder of Wheaton who stated as written on his memorial plaque in the old main tower, Blanchard Tower, that his purpose and motivation was to see, “The Law of God become the law of the Land.”  This orientation continued until the end of the century when the Evangelicals fought against child labor and got child labor protection laws passed, also anti-prostitution laws.  The driving motivation was those matters that were foundational in Biblical law, morality, and ethics. Then what happened?  A theology developed in England under a teacher who taught that working to improve this world was a diversion from our effort to get people into heaven. This theology was marginal until World War I.  Two things then happened.  First, many of the large denominations began to accept German critical theories of the Bible and undercut confidence in the Bible and the Word of God.  Evolutionary ideas were part of this.  Secondly, the war-shattered confidence that Christian efforts could improve society in any meaningful way.  It would be a very short term gain at best, so our efforts should be to get people into the lifeboat to go to heaven.  Of course, people had to make a living so there would be vocations for Christians, but this was a secondary matter.  The great philosopher Dr. Arthur Holmes of Wheaton used to say in our class, “We have lost a hundred years.”  The consensus of Wheaton was for prayer, revival, evangelism, and also passionate social involvement.  The idea of influencing the cultural formation centers of society was a common desire.

How much is too much social/political action?  I think we understood that if evangelism and discipleship were not strong the other spheres of society could not be influenced for good over the long term.  Prayer and the power of God were necessary to all.  A strong Church was the center and church vocations were highly valued. Everyone has to know their calling and the proportion of their investments in time and energy in different spheres of society, but also to recognize the importance of the whole.  When I left Wheaton, I did come to realize that most of Evangelical Christianity did not share the passion of Wheaton for this comprehensive emphasis.

However, beyond this, there is another point.  When do we seek to mobilize the whole Church for political and social action in an unusual thrust of emphasis? Beyond normal responsibility.   History tells us that this is when the issues are foundational issues of Law and morality in the culture and matters of life and death.  The issue of slavery is a primary life and death struggle.  Those Evangelicals who believed this responded with great mobilization. This includes William Wilburforce at the beginning of the 19th century in England and those named above in America.  Of course, there were those of a more quietistic bent who criticized the involvement.  We at Wheaton were all in on the social involvement orientation and did not want to give the culture to the devil.

There are issues that are matters of scientific-social study that do not rise to the level of primary life and death struggle.  For example, economic policy is a matter of what will produce the greatest good for the greatest number in the population.  Believers try to study the issues and take the best position they can.  We should be chastened by noting that there were Christian Socialists and not just anti-Christians socialists who wanted the state to control all and to shut down charities and churches.  Socialism is in my view is a wrong economic theory, but it is not inherently atheistic.  Christian socialists looked at the harsh individualism of unbridled capitalism as anti-Christian!  They certainly wanted robust Christian freedoms and human rights.  Many political issues are judgments about programs and policies that are debatable on an empirical basis.

In the 20th century, two movements produced Christian mobilization for social and political action.  Sadly, both largely failed in the short term, but the witness they gave was important.  The two were the Christian resistance to Communism and Nazism.  Both were perceived as from the spirit of the Antichrist and had to be resisted at all costs.  It was a minority who made such resistance in martyrdom.  These resisters stood for human rights, conscience, and liberty. One great example is the Barman declaration which was signed in 1934.  This was early in Hitler’s reign before serious killings began.  However, they saw the tyranny of Hitler’s making the state dominant over the Church. Would that the greatest number of the churches would have been mobilized behind these courageous leaders.  History would have changed greatly for the good. They were criticized for their stand, but today we look back on this group of German pastors and theologians and see them as a bright testimony.  They saw the spirit of the antichrist and sought a mobilization of resistance.   However, most missed it and stayed submitted to the tyranny.  And most denied that things were so drastically bad.  This is one reason why the church in Germany is powerless today and constitutes a small minority.

The spirit of the antichrist was also behind and is behind Marxist atheistic communism.  In Russia, the push back required small cells and underground action.  Many Christians were soon killed in the blood bath.  Yet, how many even in the west thought communism would be progress. Today we think of these resisters as heroes.

The spirit of the antichrist coming into political control or potentially coming into political control justifies unusual mobilization for social and political involvement.  We need to resist the gathering storm and now wait until the full destruction comes upon us. If we perceive potentially life and death issues form an antichrist spirit gaining control in our nation, then an emphasis on mobilization, on promoting our cause, on information is justified.  We cannot shrink back at the cost of job loss or marginalization. We must speak out and live boldly.  No, those who do such are not overly political.  Yes, they have to always lead with the caveat of the centrality of prayer, evangelism, and discipleship wherever possible.  However, the mobilization is a fight of life and death.  When the great Detrick Bonhoeffer joined in the plot to kill Hitler, he did not have sufficient prayer support to bind the powers of darkness that protected Hitler. He was executed.  Today we see him as a hero.

Christian survivors from Nazi and Communist oppression (some experienced both) warn us of the signs here.  Soft totalitarianism is here.  They argue that this is the time of resistance.  Christians often see it when it is too late.  They rationalize that it is not so bad.  Then great tragedy and death take place.  I would recommend Mike Brown’s great book Jezebel’s War on America.  He could have easily said Antichrist’s war on America.  There he gives an account of these life and death issues.  Cancel culture seeks to persecute Christians who preach God’s Law and traditional morality.  The issues of abortion to the 9th month, loss of religious freedom, cancel culture, and the loss of jobs for failure to salute to anti-Biblical agendas is a growing movement.  The LGBTQ agenda does not just foster basic freedom for their group but fosters shutting down those who have a different moral vision and accuse them (us) of hate speech.  Due to the cancel culture arising from this, people have lost jobs, low and high positions over the intimidation of these people.  It is life and death, not only in the matter of abortion, but the destruction of traditional norms in the society will lead to literal death.  The suicide rate of transgender people who do transition surgery commit suicide at a rate of more than 40% of the average.  See Mike Brown’s video, “In His Image,” on that.  The breakdown of sexual morality for relativistic sexual ideas leads to more criminality, violence, and death.  We can look at other issues that motivate.  Coddling Iran will lead to more death and indeed did so.  I believe that the anti-Israel orientation is of the antichrist spirit as is of course anti-Semitism.  More Christians will die in other lands from persecution without strong advocacy from the United States.  Then we have social media that has the ability to control buying and selling and communicating.  Pay Pal cancels accounts!  Banks refuse to lend. This is eerie and anticipates the mark of the beast as a requirement for buying and selling.   China has this down to a T.  My evaluation is that Christians did not become overly political.  Rather, they also bathed their involvement in prayer.  Were some carnal in their approach. Yes, maybe a large number but still a minority.  But I think the motive was an intuitive grasp, many unnamed, to rise up and push back against the antichrist.  One book I am loving that makes this so clear is by Rod Dreher, Live not by Lies.  The testimony of those who lived under antichrist oppression is key, and they are warning us that the country is drifting toward this.  Do I think our push back can succeed without revival?  No, but we must both seek revival and push back. Thank God for someone like Mike Brown who is so pushing and mobilizing others to resist.  So also Denis Prager, and Jorden Peterson.  Someone might ask about the radical right white supremacists.  Yes, this also is the spirit of the antichrist and must be resisted.  However, these folks do not control large corporations nor are they visible in legislatures and government leadership.  So, our battle has to be focused on where the problem is. With prayer, revival, and resistance, we can win.  If we don’t and we see more darkness and the tribulation is fully upon us, then our total victory is near.