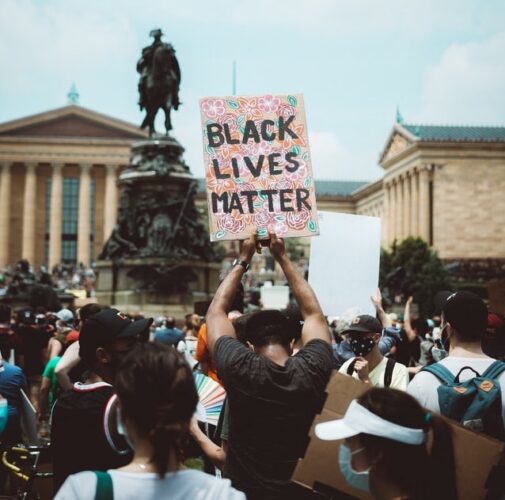 A few days ago, I came against these facts.

Here is a quote from the black attorney general in Indiana.  This report is very important. “Last year in the United States, a country with a population of 330 million people, 1,004 civilians were fatally shot by police officers,” The vast majority of these officer-involved shootings were justifiable, and most involved an armed or dangerous individual.” “Our letter acknowledged that in 2019 there were nine fatal shootings of unarmed blacks (down from 38 in 2015) and 19 fatal shootings of unarmed whites (down from 32 in 2015). Those deaths represented 0.1 percent of all black homicide victims and 0.3 percent of all white homicide victims.”  Bill Barr reported that of these 9 (he said 10) only four were criminal acts against blacks.  He said there are problems of racism in the police, but it is not systemic.

Here are some more stats. “Over 58,000 officers were assaulted while performing their duties in 2018, according to FBI data collected from only two-thirds of law-enforcement agencies. That is an assault rate of 10.8 per 100 officers. Moreover, assaults with deadly weapons against the police occurred 33 times per day. Police officers endure these daily threats to their own lives in order to create a safer world for you and me — for people of every color, race, and background. Let anyone agitating for cop-free zones be careful lest their wishes be granted. “Law and order,” after all, is more than a catchphrase. It’s an absolutely essential ingredient for any civilized society.”

Meanwhile, Tim Hardiman the black leader and founder of Violence Interrupted decried the imbalance in the Black Lives Matter Movement. He is not a conservative.  He says police brutality is a problem that has to be addressed, but the politics and ethnic issues hinder discussing the far more serious issue to be addressed, namely that there are over 7,500 black on black murders and violence caused deaths every year.  He called for a dialogue with the BLM leaders to address all the issues.  Defunding the police would bring even much more death.

Then we note that the leader of Black Lives Matter in the New York region said that if his demands are not met then he will “burn it all down.” These demands are over the top and include, yes, really defunding the police.  Lest my friends say I am overly alarmist, let us note that this same leader said that black police are no longer black, but they become blue (the enemy) when they put on a uniform.  Friends, he is the leader in the largest BLM group in the country.  So much for the solution being partly in training minority police. Atlanta now has a 58% black police department.  Really, we are seeing radical Marxist and anarchist revolution here.

This raises a question for me.  Has the Black Lives Matter leadership used injustice in policing to foster the greatest deception on the black community that has ever been seen and that will set them back? Black Republican Senator Tim Scott rightly decries the unfair treatment of blacks by police and sometimes by other whites.  There is a suspicion that shames and leads to very demeaning behavior.  He has experienced it. I wonder if the willingness to believe this false narrative has some roots in these experiences.  There is also a question of brutality.  But as the statistics say, there is no major problem of white police or any police killing or murdering blacks. This is a myth being used to destroy the society.

This leads me to the question of solutions.  How many of the BLM leaders and protestors are motivated by love for all people?  How many are Bible-believing, committed Christians?  How many protestors are coming from a biblical world view as was Dr. Martin Luther King?  What is to be done?

1. The greatest need in the black community and in all communities is the Gospel. Those who think justice movements can succeed without a biblical world view orientation are deceived and neither understand history or the power of the Gospel.  Nothing lifts people like the Gospel. Can you imagine if there was a great revival in the black community?  What if the blacks in the inner city acted like Mennonites?  Imagine the change in violent behavior and death.  Would this eliminate much suspicion?  Is some suspicion due to the level of criminal behavior?

2. Secondly, we need incentives in our welfare system for marriage and family stability.  The key is that it is more financially beneficial to stay together.

3. We need to see real solid education choice that prepares people for vocations.

4. We need to have a major increase in community policing to break the murder/crime level in the black community.  In some departments, this means more well-trained minority police.

5. Repentance in the Church is crucial, for not bringing the Gospel in power to the black community and not serving this community as a top priority.  This includes a presentation of the Gospel with signs and wonders power in the anointing of the Spirit.

I am greatly concerned about those who think there is a humanistic solution, or who will join with Marxists and compromise the Gospel.  Only what flows from the Gospel and a biblical world view will produce the real change needed.  Violence will not produce positive change and is not defensible.  The Gospel is much more powerful.  Love of neighbor, black and white and all the hues is crucial now.  In addition, as one black woman preacher said, I am not primarily defined by being a black woman, but by being a follower of Jesus who happens as well to be black.  Our identity as one in Yeshua together needs to supersede all.

What is the true need?