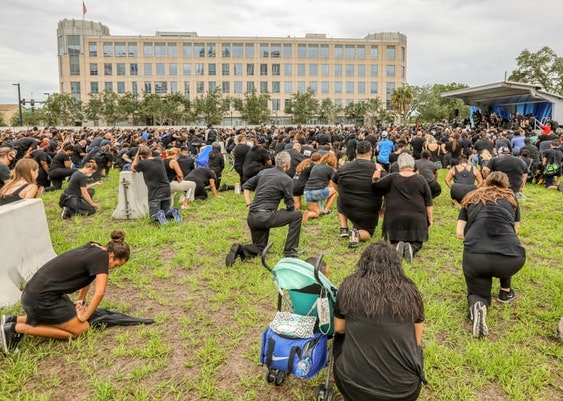 I am writing this post as a follow up for prayer counsel for my friends.  If my last post was correct, and I don’t see how it can possibly not be correct, then we are seeing the black community used by the radical left to gain an agenda that is not really about police brutality and the murder of whites by the police.  The murder of blacks by white policemen as a major problem is a lie and has little to do with solving the problem of the black underclass which will require massive efforts for the Gospel, discipleship, mentoring, education, etc. which government programs hardly begin to do.  The radical left wants to destroy American.  Historical figures all have mixture but the radical left does not allow extolling what was right and criticizing what was wrong.  All is to be torn down.  If the police are destroyed then a leftist police to replace them would be unjust and much more violent in spite of the good intentions of peace from some. When we read figures like Sean White and Hawk Newsom who is the leader of Black lives matter in New York, calling for burning it all down, we know the spirit from which it comes.  It is the spirit of the Anti-Christ not the spirit of Jesus.  The list of demands is for a socialist collective society; pro-BDS on Israel, and anti-family and pro-LGBT on the BLM website.  Some black pastors are speaking out on this.  Note that BLM funds Democrats too.  So how do we pray? Pray that the lies be exposed as lies and that the father of lies, Satan be defeated in this effort.  He comes to rob, kill, and destroy.  Some estimate that billions of damage that provide a livelihood for many has now.  Blacks have now been killed at higher levels in our cities due to the lack of police protection.