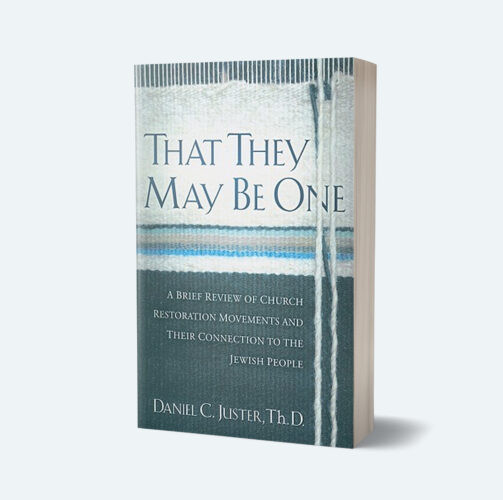 I wrote this book that people might have a very brief introduction to Church history.  Why? Because it is important for all followers of Yeshua to know of their roots, not only in Israel, but in the history of the Christian Church.  However, I also wrote it because I think there is a great pattern of the working of the Spirit where one can see both God’s preservation of truth as well as the losses and restorations of truth and emphases.  I believe we are in an ultimate period of restoration that that began with the Reformation.  That restoration is two steps forward and one step back. It would be a great mistake to think that due to the terrible shortcomings and sin in the institutions of the Church that we are to write off the historic churches and think that what is important is only with us today.  It is foolish to think we do not learn from the best of the history of the churches.  It is as Peter Hocken wrote, The Glory and the Shame. The book is also written with the hope that in the final times before Yeshua returns, He will bring us to the unity for which he prayed in John 17:21, that we may be one “that the world might believe.”   The book answers many questions.

What great truths were preserved and written down in the early Church, its declarations and creeds?  How did they come to believe in the role of bishops?

And finally, where is all this going as we see all coming together, all the truths from the historic churches, the Reformation, to recent restorations unto the unity and blessing of the last days harvest and the return of Yeshua.

This book is an easy read.  It will help you!