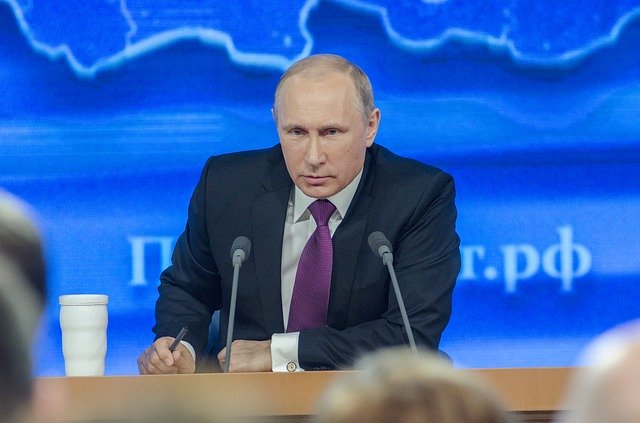 The Times of Israel today reported on Vladimir Putin’s mocking of the LGBT pride flag hung on the U. S. Embassy in Moscow.  We are living in strange times.  The Communists of 100 plus years ago mocked the western family ideas as part of the bourgeoise structure of western capitalism.  Though anti-Christian, the Russian communists soon discovered that they needed the stability of the family.  They became famously puritan.  President Putin is not a Communist but leads a Russian nationalist fascist government of state-controlled capitalism.  He has allied himself with the Russian Orthodox Church.  He now fosters a policy that seeks to weaken the influences of LGBTQ in society.  As an adult in Russia, one can choose to be LGBTQ.  However, no propaganda is allowed, and no educational influences are allowed from them for minors.  Hence Putin mocks the Embassy and says the flag shows what kind of people who are inside.

The other side of the anomaly is the United States flying the LGBT flag.  Is this really what supporters of Donald Trump would like to see?  Not the Evangelicals.  So why is this happening?  It reflects the position of Donald Trump.  He supports Evangelicals and their religious freedom, opposes abortion, and supports vouchers that can be used at private religious schools.  However, he also supports full civil rights, services, and accommodations for LGBTQ people.  He threads a needle.  He does not support Army regulations that support a pregnant man in the barracks or the requirements that artists in business have to create art contrary to their conscience or that religious organizations are forced to hire people contrary to their faith confession.   That is how I interpret him.  He can invite Katlin Jenner to visit and at the same time Baptist Pastor Jeffries.

So that is the anomaly.  The U. S. embassy in Moscow flies an LGBT flag before July 4th and President Putin mocks it.