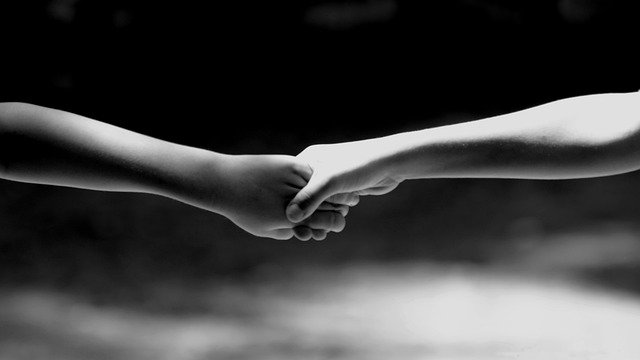 The leftist radicals in the Black Lives Movement (by no means the majority in the movement) have hijacked the movement for radical post-modernist ideas that are Marxist and anarchist.  (The two are not coherent, but what can you do?  I have not found consistency and coherence to be part of this movement).  There is now an attempt to get all who have white skin to repent for their privilege and whiteness and to go through a re-education process to reject such white values as enablement (ability), perfectionism, objectivity as a standard, and more.  You get the idea of a cult here and of communist re-education.   The perversion of the true meaning of repentance and of discipleship (their re-education substitute) is of the spirit of the Antichrist.  However, let’s look at true repentance.

The New Testament emphasizes individual repentance, not repentance for race, color, ethnicity, or political groupings.  The only emphasis of repentance for corporate sin is focused on Israel, whose repentance and acceptance will lead to the return of Yeshua.  Biblical repentance focuses on the fact that all people are equally created in the image of God but have sinned and are deserving of eternal death in Hell.  That is a pretty bracing idea!  There is no emphasis on changing the society, but the society was radically changed for the good from Christianity. There are too many books that well prove this.  There is no emphasis on white Italians as a group repenting for the Roman Empire. The centurion who received his healing miracle from Yeshua was not asked to repent of his being a Roman soldier (note the anti-police movement now and the fact that Romans were very brutal in Israel-Yeshua’s council was to turn the cheek and to walk a second mile).  Nor was the centurion who form the preaching of Peter received the Spirit told to repent of being a Roman soldier.  When the seculars seek repentance from a group as they define it, it will probably lead to no good, but only eventually to resentment, backlash and retaliation since reconciliation requires all to repent and forgive.  Secular movements for shaming and repentance will certainly fail.

Now is there a place for corporate repentance?  Yes, I believe so.  As Daniel said of his nation, “We have sinned.”  Through the prophet Jonah there was repentance in Assyria under their King and corporately.  Ultimately the nations will repent and turn to God, and this will then include the individuals in those nations turning to God as well. This is a persistent theme in the Psalms and very much emphasized in Isaiah.  We understand that this will be through the Gospel of the Kingdom.   We have been part of prayer journeys where Christians have repented for the sins of their nations in Spain, Italy, and Japan.  However, we never expected the unbelievers to so repent.  This was organized so that the Christians of those different groups would come to full reconciliation as with Jews and Germans and Koreans and Japanese.  This was based on the idea that there was sin in an identifiable and real corporate group and that the Christians were able to represent that group.  This is also possible only because New Testament identity makes secondary all other points of identity.  As individuals, my identity before God is that I am first created in God’s image and all are equally so created and valuable. Secondly, it is based on the fact that my primary identity now is as one who is saved by the sacrifice of the Messiah and am now a New Creation in Him.

A legitimate corporate repentance requires a legitimate identifiable corporate group to repent.  All corporate groups have sin and need to repent!!  The problem with the Black Lives Matter radical minority is that they seek repentance for a condition that is not an offense against the Law of God and thus not subject to repentance.  Whiteness is not a category for repentance.  It is only due to defining blacks as if they were a world-wide ethnicity toward which whites must repent.  Indeed, some whites did so treat blacks as if they were one corporate identity.  So, skin color becomes in these cases a point of identification that is not based on real ethnicity and is fiction because whiteness is not a corporate identity.  I am of Norwegian descent and Jewish descent.  My ancestors were not involved in slavery or fostering racism.  My grandfather was an anti-racist and my mother wrote anti-racist poetry.  My Jewish ancestors fled the anti-Semitic programs in Rumania.  Yet, I am classed as a white that needs to repent.  I wonder about Asians who have done better than other ethnic groups in the United States.  Is this a source of oppression for which they must repent also?  If one wants to pursue corporate repentance among Christians in Christian gatherings to release greater power and humility, then it is important to note that whites are not one ethnicity.   There are Russian, Scandinavian, Ukrainian, Serbian, Slovak, French, Italian, Spanish, Latvian, Estonian, and I could go on and on.  All have tribal roots that were even more troubling in their pagan days.  Should I repent for what was done to Native American’s in the 19th century or as a white Jew to blacks for slavery and racism?  This is very counterproductive.  White as a category for automatic repentance based on skin color is reverse racism that is dangerous.

So how do we deal with corporate repentance for the situation of the black community?  Recently there has been repentance in black African tribes who sold their enemy tribes into slavery.  I can also think that the United States as a corporate country can repent of having allowed slavery in the South, and they as a nation would embrace policies to lift the black community.  This would be from Christian influence and Christians repenting for their nation. I can imagine Christians form the nations that were in the slave trade repenting.  Each ethnic group could look at their history.  I can imagine descendants of Southern Christians whose ancestors owned slaves repenting, but this is now a smaller and smaller percentage of southerners.  Here are some more categories.  I can imagine most churches that are not black repenting for the neglect of the poor and especially blacks. (This is my #1 repentance issue).  The Church has not sufficiently brought the Gospel in power to life the black community.   I can imagine Republican Christians repenting for the Republicans ignoring the black community until more recent years since they were not voting for Republicans.  I can imagine Christian Democrats (there are fewer and fewer in this party that used to be the party of the majority of Evangelicals) for setting up a welfare structure that destroyed the incentives of black men and destroyed the black family.  There would also be repentance for supporting the education lobby to the destruction of black education and not allowing choice.  However, such a spirit of right repentance, love, and reconciliation could only come from Christians.

So, there is plenty to repent of.  As those who are submitted to the Biblical World view, I would hope that our hope is not in pollical change, agitation, protest, and more without a Biblical world view base.  Also, I would hope that we take seriously the truth as exemplified in the Bible that social progress is primarily though the Gospel being presented with power and a revival among God’s people.  In the midst of these painful movements in America, may Christians get out of their comfort zones and be in the cities presenting the message of the Gospel and love and reconciliation.