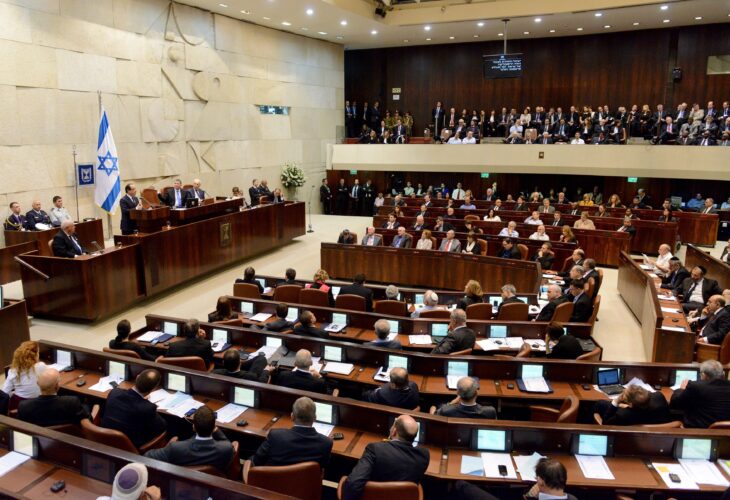 My readers may be getting communication from Prime Minister Netanyahu claiming that the government that Yair Lapid (Yesh Atid-There is a Future) and Naftali Bennett (New Hope) will form is potentially a dangerous left-wing government.  This is far from the truth and a dangerous left-wing government is not now possible.  Some are also upset that the government could form with the support of the Arab party Ra-am, led by a Hamas sympathizer.  However, Bibi cannot make that argument since he sought the support from the same party and would have accepted it if he had enough Knesset (Parliament) members on his side to form a government.  One reason he failed was that one right wing protential party, religious Zionist, would not join Bibi if he had the support of Ra-am.

Second, is Gideon Saar, recently in Bibi’s party.  He also is against a two-state solution.  His policies are Likud but he had enough of Bibi who offended and marginalized him (as he did to Bennett before).

Third, is Avigdor Liberman, of Israel Batainu (Israel our home), a largely Russian party.  Liberman is also very conservative.  He has not rejected a two-state solution but the land swaps he would seek would not be accepted by the Palestinians.  Liberman desires to see the Ultra-Orthodox required to work for a living and do some kind of national service.  He is thus despised by them. Lapid agrees with him on this, but if the Ultra-Orthodox joins the government Liberman and Lapid will have to suspend any such plans. One ultra-Orthodox party says they won’t be in a government with him or Lapid. Stay tuned.

The above three are conservative on free enterprise and on a two-state solution.  The government can only survive if they are accommodated. They will be, but not by moving to annex West Bank land but by keeping the status quo and working on other problems.

Then comes Lapid and New Hope.  They have the most members in Parliament but not nearly enough to dominate.  Lapid seems a centrist in economics and is for a two-state solution but with strong security and keeping the larger settlement blocks.  The government he is forming will not progress to that.  Lapid believes in free enterprise but wants to lower the cost of living, especially housing and food which is way too high.  Salaries for teachers, social workers, and others are way too low.  But Israel only has so much money.

Blue and White under Benny Gantz is also centrist.  He was a very good general and defense minister.   He will support progress and some kind of unity to make it through this period.

Labor under MK Michaeli, is liberal but no longer socialist.  They are left of center and will be concerned to improve the lives of the ordinary citizens.  Labor has moved from the left to the left of center.

Finally comes Meretz.  They want a two-state solution, a generous one for the Palestinians.  They have socialistic tendencies.  In a coalition, they will seek greater wages and benefits for the underpaid.

Ra-am is the Arab Party.  They seek hospitals, roads, and more and better policing for crime. Bibi was promising that.

Meretz is the smallest party to be offered a part in the government, 4 seats only in the Knesset.

So don’t believe the propaganda.  This is no left-wing government.  A left-wing government is not possible in Israel at this time.  This is all about many, including former colleagues, no longer wanting Bibi to lead Israel and to have a time of transition to see him retire.  If Bibi retires, Likud could do well, and its next leader would probably be Prime Minister.  How likely is that?  Right now, not very likely.