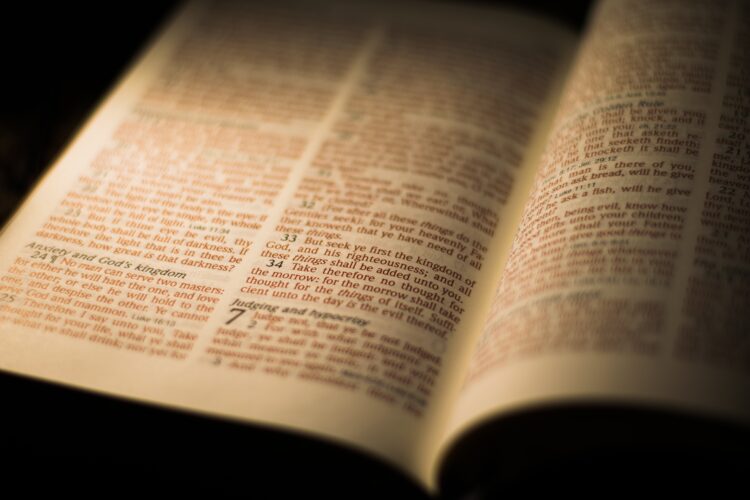 Every once and a while a Facebook friend will voice opposition to my posts as contrary to the separation of Church and State.   This is especially so for those who are personally against abortion but support the right to an abortion.  (Jimmy Carter)

My thesis is that the Bible does not support the separation of Church and State as it is presently understood.   That present understanding is the separation of God and government.  However, this was not the historic consensus as seen in such symbols as “In God we Trust” on the money of the United States and “One Nation Under God” in the pledge.  It is also reflected in Chaplains offering prayer In the Congress.

It is true that the Bible does present, for the ancient world, an unusual separation of powers, prophet, priest, and king.  This is a great advance.  However, the Bible teaches that all nations are accountable to God and his law.  If the nation goes too far in perversion, violence, and injustice, it will be severely judged by God.  The Biblical ideal is for the nation to acknowledge God and his basic Law, which is not only written in the Torah but is variously perceived in the nations.  In China, this is called, “the will of heaven.”  In India, it flows from Brama, despite the polytheism and idolatry.  Africans and Native Americans note that law is from the supernatural realm.

In Amos, Isaiah and Ezekiel, and others, a list of nations is presented as coming under terrible judgment for violating God’s standards.  The Psalms reiterate again and again that the nations are to acknowledge God.  In Psalm 9:10 we read “The wicked will turn Sheol, as will all the nations that forget God.”   This is repeated again and again.

There was wisdom as a result of a long battle for tolerance in the United Kingdom and America. The idea was that the nation would acknowledge God and his law but would not enforce one sect of doctrinal belief to the intolerance of others.  There was a Church of England but not of the United States.  The United States early on would see Jews as embracing the same moral law from God. Yes, there could be atheist dissenters, but the corporate nation would embrace God. Most state constitutions acknowledged God. I believe it was a mistake that the U. S. Constitution was a compromise that did not acknowledge accountability to God and his Law. Yet in the 1950s we see the prevailing understanding of separation was not according to the Supreme Court of 1962 when Bible reading and prayer were taken out of the public schools.  I remember it well in my Sophomore year.  It was stark.  One day it was there and the next day is gone forever.  The decision was against a 200-year consensus of understanding.  In the movie The Ten Commandments, Cecil B. DeMille spoke in the intermission about the United States as a nation that was accountable to God and his law in contrast to the Soviet Union.  That was in the late 1950s.

Americans find themselves in a society that has abandoned its historic view of national accountability to God.  As such, the best we can do is seek to foster laws that are in accord with God’s Law.  I have argued that my vote is according to what I perceive to be the platform that fosters righteous laws, which the Bible says is essential to avoid God’s severe judgment.  It is for the candidate that fosters such laws. Indeed, the Bible warns against those who establish unrighteousness by law (Isaiah 10:1)   Such a nation is in for severe judgment.  I do not desire that severe judgment.  Would the day return that the nation would acknowledge accountability to God and his law?