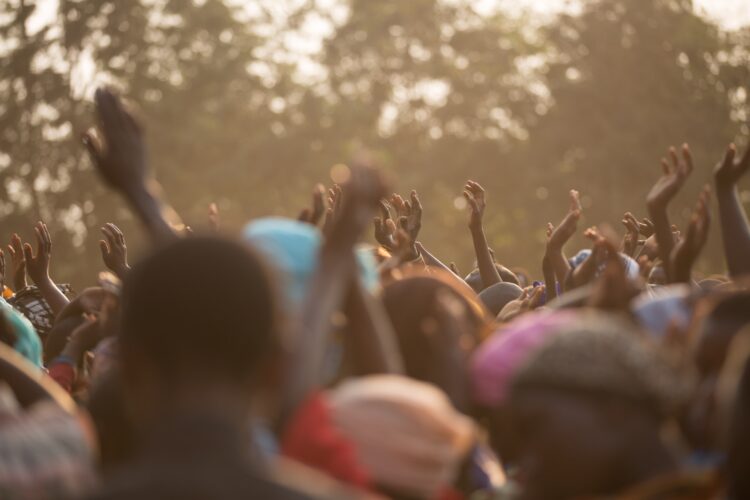 The abuse of the Black underclass is rampant today. Before the civil rights movement, the black family was mostly intact. Despite the terrible segregation laws, Blacks were making educational and economic gains, though not enough. Then we had great hope when Civil Rights Laws were passed. We were stirred by the speeches of Martin Luther King who was a classmate of one of my theology professors at Wheaton, Morris Inch, who was a great fan of King. So here we are almost 60 years later. What is the picture? A proportion of blacks have made great gains, from holding high political offices, to corporate leadership, and as leading surgeons and more. However, too many are in an underclass that is self perpetuating. I won’t repeat the analysis of why this happened and keeps happening. Leading blacks like civil rights leader Robert Woodson explain it well. Part of it was the government incentives that destroyed the black family. Part was the failure of unionized schools, some having great financial support (some not so supported) but still graduating illiterates. Part is the whole cycle of black crime, gangs and drugs. Part is that the Gospel preached has been only about going to heaven and not about personal transformation and a whole different mentality where one can not be in Jesus and still a victim since in Him we are more than conquerers. Choosing victim status is incompatible with the Gospel.

Today there is an attempt to explain this as systemic racism. The solution is to be found in white guilt and repentance for hard to pin down crimes of whiteness and privilege. Critical race theory argues that white privilege sets up structures to keep blacks back. Yet, I know of know of no whites personally who do not want blacks to achieve and prosper. Yet the thought is that deep examination and the reeducation of whites will find these little indications, clues and ways of thinking that are racist. Critical race theory and systemic racism as theories are like the old example given about an unfalsifiable theory in philosophy. “The universe is shrinking at a uniform rate.” There is no way to prove it or falsify it. CRT is propaganda and can not be proven but seems to be falsified. If something explains everything it probably explains nothing.

The thrust of the left from Herbert Marcuse is to use the blacks as pawns for the socialist revolution. Corporate socialists go along to cement their own power. Yet the prescriptions from the left will not lift the black community but will perpetuate the problem. Getting groups of whites in corporations or the government institutions to self flagellate will do nothing to lift the black community. Telling schools to lower standards because standards are the manifestation of racism through “ableism” will result in blacks not achieving and being kept down. Most of the directions from the left in my opinion will perpetuate poverty. We see the disconnect in regard to policing. The community of underclass blacks does not want to defund the police. They want more and better policing due to crime, drugs and killing. The media tells us that blacks are generally in fear for their lives over being killed by the police. This is a media driven fear. Some .00x number of unarmed blacks are killed by police. The absolute number of whites so killed is larger, 24 compared to 18 for blacks last year. The chances of so dying are minuscule, though tragic and bad cops need to be punished. The real danger is black on black crime that does not just kill 18 but thousands. But facing this does not lead to the revolution. So it is largely ignored by the left media. The socialist revolutionaries do not care about black lives per se but want a revolution for what they think will be a more utopian order. They were willing to foment racial division toward this end and the media fans the flames. Again, the program of division, the redefining of words (phobia as a primary case in point), and the media and the elite going along all fits the playbook. Cancel culture fits right in as well.

So who will ultimately be more hurt? It will be everyone, but primarily the black underclass. The super rich will do just fine. The black underclass needs family restoration and government programs with incentives for that, real educational choice, policing that stops the carnage of crime, and more than anything else a transforming Gospel with signs and wonders, real power. Camila Harris argued that George Floyd was a sacrifice for racial justice. He was a sacrifice, but not in the way she is thinking. He is a symbol of the black underclass, all of which is being sold out or sacrificed for the woke leftist revolutionary agenda. They are all being sacrificed for the ridiculousness of critical race theory and a claim of systemic racism. This last term is one I reject. Rather I speak of systemic racial disparities. That systemic problem can be laid at the feet of secular liberalism and more so today at leftism that will perpetuate the problem. The liberal structures are the systemic problem. There are ways out of the problem as I noted, but the left solutions are non-solutions and perpetuate and lead to more despair, anger and hate. We should all know for sure that these theories are from the devil, satanic inspirations. Why? Because they pit races against one another and reject the primary truth of the Bible on humanity, that all people, all races and ethnicities, are created in the image of God and are to be loved and valued as God’s image bearers. White racial guilt ideas are contrary to the Bible at the most profound level and keep the black underclass down. All are to be reconciled in love through the Gospel of reconciliation.