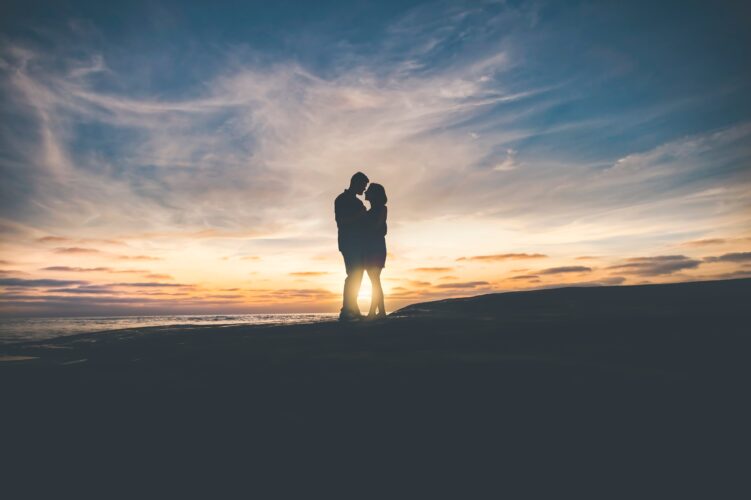 I was quite pained when a professing follower of Yeshua pushed back on me and questioned my support for traditional marriage and family values and its importance to lifting people from poverty.  The arrogance of some of the young woke so-called Evangelicals is quite astonishing to me.  They asked what is a traditional family?  It was as if this is a simplistic idea and as if I am a simplistic thinker.  One of the tenants of the “work movement” today is to decry the favoritism for the hetero-normal marriage and family.  This comes from Marxist roots and for those who desire greater sexual freedom and even promiscuity.   It is from the spirit of the Antichrist.  Hence some Critical Race proponents and the Black Lives Matter founders despise the traditional family.   Every study done in the last 50 years shows that an intact marriage with children is the greatest predictor of the future of those children with regard to crime and poverty.  So, it should be the work of the Church to foster solid marriages and families.   However, I never mentioned the nuclear family and the nuclear family is not the traditional family, though the father, mother, and children define a good chunk of it.  Let’s, therefore, go to definitions and explanations.

Throughout history, the traditional family was not only the husband, wife, and children, but included grandparents, uncles, aunts, and cousins.  Children were raised primarily by their parents but also and secondarily by their extended family.  When tragedy struck, as when my father died when I was nine, the extended family filled some of the vacuum.  There was also the importance of local congregations in supporting families.  Also, there was a village, the local neighborhood.  Hillary Clinton said it takes a village, but she meant the support of the federal government, whereas the village was the small town or neighborhood.  When I was growing up, we had the playmates of our neighborhood.  The neighborhood parents looked after all the children who would roam from yard to yead and to playfields.  We were free-range children but watched.  It is probably difficult for people today to comprehend being raised with such security.  Of course, when there was a family breakdown, divorce, or death, then the cushion of the extended family, church, and neighborhood was very important.  However, embracing family values made divorce very rare in that era.

However, we should not overlook the recognition of what was called the immediate family and downplay father and mother and children.  One of the great Christian philosophers of the 20th Century, Herman Dooyeweerd in Holland,  called the immediate family an individuality structure, a social structure that had to be respected as having its own authority and laws rooted in the biblical law.  Thus, it was important to recognize that the primary authority in the family is the parents, not grandparents or uncles, or aunts.  They are important supporters but must respect the final authority dynamics of the parents and children.  Genesis shows that there must be a leaving and cleaving when the marriage takes place.

The nuclear family was the creation of the economic domination of large corporations in the lives of many.  Such corporations had multiple centers all over the country.  The idea as that the nuclear family was portable.  The economic motive then became the dominant motive for where one lived, and for multiple moves, loosening the ties of the extended family, church, and neighborhood. IBM was humorously said to stand for “I’ve Been Moved.”  Many Christians went along with this economic domination.   Alvin Toffler and Vance Packard wrote profoundly about this.  Things have not much changed.  The constant change for economic motives would produce the future shock Tofler spoke about and both argued that shallow relationships that do not last would be the prevailing situation.  To counter this in my early pastorate and on, I sought to encourage people to give up the dominance of the economic motive and to build stable lives in a neighborhood around a congregation.  Israel, a small country, is much more extended family-oriented!

The idea of the traditional biblical family is based on a lasting marriage between a man and a women and was profoundly taught by Yeshua (Matt. 19).  The man and women are to leave their fathers and mothers, the two are to become one and divorce should be precluded.  What God has joined together no man should divide.  One man and one woman in the exclusive sexual bond was the clear and absolute teaching of Yeshua.  From this bond come children.  The extended family is traced to the ancestors who had this bonded marriage.  The state saw it as in its interest to foster strong families by its policies.  This has broken down as well.

We should know that the push against the importance of marital fidelity and the traditional family will foster much wounding, pain, trauma, and poverty.  Those who care about lifting people out of poverty should be concerned to evangelize and then to disciple into the values of fidelity in marriage and in building traditional families.  Let no one think that we are not to care for those who have failed in this ideal; to surround them with love and support their children as well.  God can redeem these painful failures for those who turn to Him.