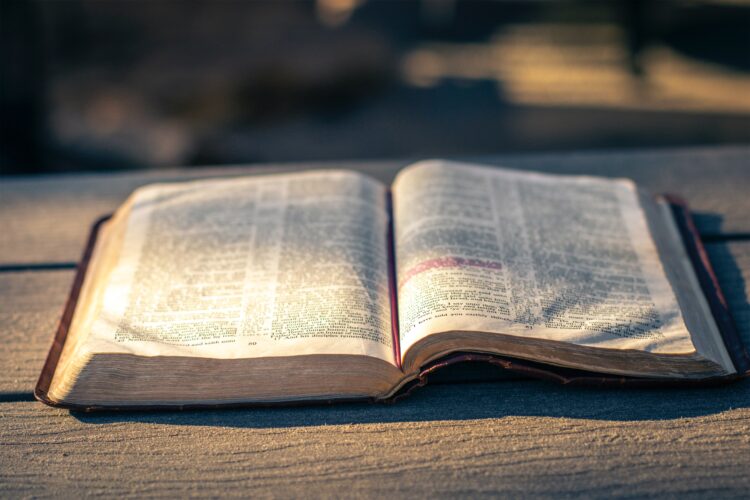 My favorite part of the Bible is the Luke-Acts compendium of Luke, the travel companion of Paul.  As a skeptic some years back (1967-1970) I was intrigued by the statement of the great apologist and Fuller Theological Seminary President, Dr. Edward John Carnell, who stated that “Faith is trusting in the sufficiency of the evidence.” I think this is correct, but the definition of what counts as evidence has to be broad including the witness of the Spirit to the heart.  Israel was to trust in that evidence after the Exodus and failed to do so.  When I returned to faith, I was very moved by the beginning verses of Luke, that he sought to present an ordered account of the events of the ministry years of Yeshua and his life, death and resurrection based on the “eyewitnesses.”  Luke and Acts is powerful testimony.  I ask people to just read these books and allow the credibility of these writings to sink in.  They are hard to explain away, and the best explanation is that they describe what really happened.  Dr. Richard Bauckham of St. Andrews University, wrote his great work, The Gospels as Eyewitness Testimonies, based on the words of Luke.  Bauckham is considered by many to be one of the very top New Testament scholars in the world.  Our friend Dr. Craig Keener wrote his magisterial commentary on Acts in 3 volumes!  He is also one of the world’s top New Testament scholars.

In my reading cycle when I get to Luke, after reading it, I skip John and then read Acts.  After I am done with Acts, I read Luke and Acts again.  Then I go on and read the rest of the Bible.  When I came back to faith in the Spring of 1970, the writings of Luke played a major role. I live in Luke and Acts more than anywhere else in the Bible. What do I see in Luke-Acts.

Luke and Acts accent the evidence of the supernatural and the miraculous in page after page, but are given with Luke’s amazing and accurate description.  Two generations ago, Sir William Ramsay in St. Paul, Traveler and Roman Citizen, catalogued he historical accuracy of Luke, well beyond any previous or contemporary historians.  Some doubted, but I. Howard Marshall in our generation re-presented and updated the convincing evidence in his Luke, Historian and Theologian.

Luke presents massively sufficient evidence for faith, enabling us as Carnell said, to “Trust in the sufficiency of the evidence.” I love the faith boost that comes from reading these books.  Now as we progress from Passover to Shavuot/Pentecost, why not read the books of Luke and Acts in preparation for the next Feast.