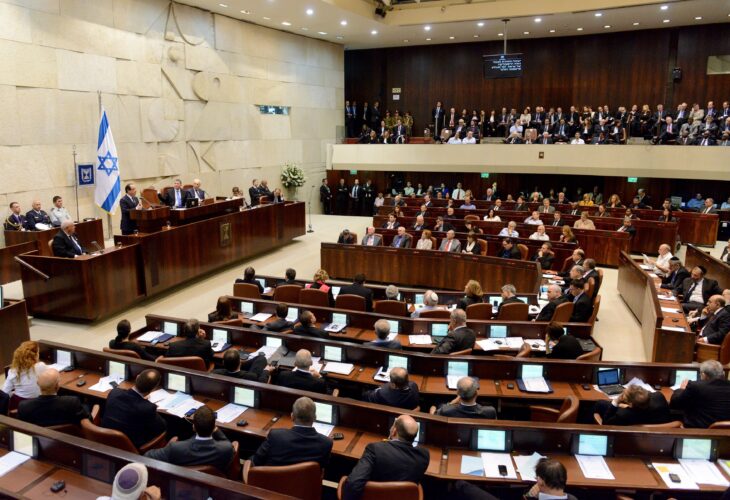 This is an update on the very painful situation in Israel.  After two elections due to the rigid stand of Prime Minister Netanyahu who wants to keep the ultra-Orthodox in his corner, there is no government.  Now there are 21 days for any Knesset (Parliament) Member to gain 61 votes to form a government. But on top of all this, Prime Minister Netanyahu, the longest-serving Prime Minister ever, is under indictment for fraud and bribery.  It is not worthwhile for me to recount the case. Readers can easily use their search engine to find out. It does seem credible to me though he is innocent until proven guilty. But the general consensus is that though not legally required a Prime Minister should step down, concentrate on his defense and not weigh down the state.  Instead, the Prime Minister doubles down, accuses the police of being corrupt in their pursuit of the evidence, the lead prosecutor as a leftist, and the conservative Orthodox Jewish Attorney General as being weak and pressured. He was appointed by Benjamin Netanyahu.

I do believe that another Likud leader (Netanyahu’s conservative party) could pick another good leader to form a government with Blue and White.  But only one prominent member has called for new Likud Party primaries to pick someone, Gideon Saar, who by all accounts would be a capable leader.  I think that the longer it goes on the weaker Israel becomes. He could step down and gain a commitment from Likud to run again if cleared. This is a nightmare.  I have already noted that the ultra-Orthodox bring tyranny to the government and oppress Messianic Jews and Russian Jews who cannot prove their Jewishness by ultra-Orthodox standards.  It really is time for a change and for a government without the Ultra-Orthodox.