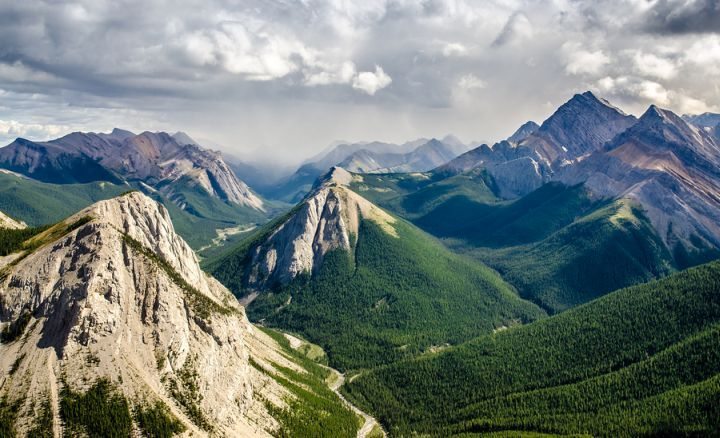 For 35 years our ministries have taught the Gospel of the Kingdom in a way that connects us to the newer “Seven Mountain/Pillar Teaching”. This teaching is now becoming popular in both charismatic and evangelical streams.

We have taught generally that Yeshua’s followers are to be an influence of godly principles in every sphere of society. For example, a business leader is responsible to build his business according to godly principles and to be a testimony and influence in the way he conducts business. The artist is to create art that brings glory to God and influences society. Reformed theology taught that there were three essential spheres of authority that all people must experience, the Church, the family and the civil government (the political realm). No one can legitimately be separated from these, and all are called to walk in submission to God and His Law in each of these spheres. We could say that these three mountains are the larger of the seven.

The Church is the largest Mountain

The Church is not to govern the civil government or the civil government the Church. Rather, each is to be subject to God’s Law or principles for their own spheres. The Church is to be the prophetic and teaching voice for all spheres and is to help shape the larger culture. In the last century the Evangelical Church in the west largely abandoned culture formation in favor of a Gospel of escape. Looking either to heaven at death or to the rapture seven years before the return of Yeshua. Therefore the Church abandoned the larger culture for individual spirituality.

The seven mountains teaching, expands the classic spheres of authority, by looking at the main influences that shape the larger culture. It adds media, education, science, and business. The famous leader Bill Bright of Campus Crusade became the leading proponent of this teaching in his last years. Generally, society goes in the direction, for good or evil, according to who controls the levers of power in these spheres. The controllers of the cultural levers in the society are like the King.

Today, control of several of the most influential spheres—both in Israel and most of the western world-is in the hands of the secular left, especially in education and media. There is still resistance in the business and political realm. The seven mountain teachers are encouraging believers to take up callings in each of the seven spheres to change the direction of the entire culture. Of course, the sphere of the Body or the Church is the most central since it makes disciples and teaches the basic principles for all the others. The Gospel is the Gospel of the Kingdom and we are to bring the Kingdom into all seven mountains. This can only occur by the power of the Spirit and hence revival is crucial.

However, there are very important qualifications for us in responding to this teaching. First of all, the Bible is quite clear that we will not be taking over the world and ruling all spheres in all nations before the second coming. In fact, the Bible leads us to believe that the fullness of the Kingdom will only come after the ultimate clash of good and evil leading to the return of the Messiah. So while we have a responsibility for the culture and are a witness by taking up this responsibility, we should have no illusions of ultimate victory before the return of the Lord. Yet, much good can be accomplished in the interim. In addition, we should note that the center of Kingdom advance is still the challenge of calling people to embrace and submit to the message of the Gospel. Ultimately the Kingdom we look for is that one described in the Bible when Yeshua sits on the throne of David in Jerusalem!