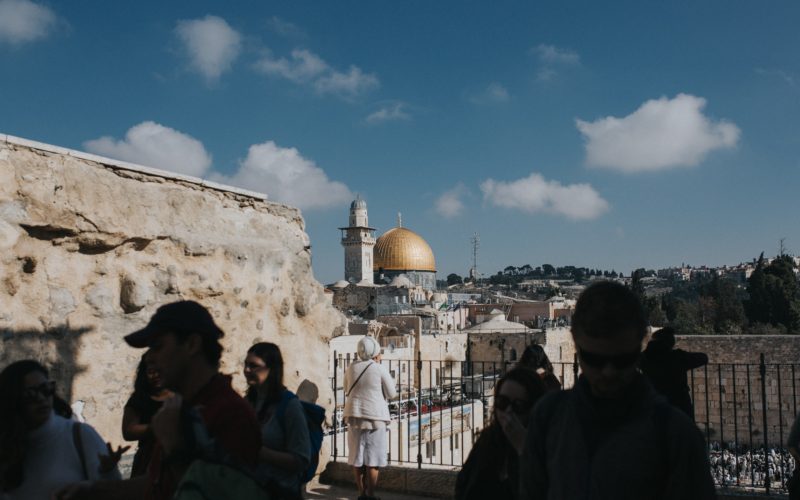 So much ink has already been used by commentators on the recent Deal of the Century proposed by Donald Trump that I hesitate to write about it.  Despite that, I am doing so because I think I have some things to say that I have not been reading in the press.

I have included Dore Gold and Jason Greenblatt (Trump’s Middle East Coordinator) as playing a major role in the creation of this deal because it is now reported in the press that they were major players and by their own profession. Dore Gold is an esteemed Israeli diplomat with years of experience and with roots in the conservative Likud Party.  In Israel, the great majority of Israeli leaders and the Israeli public is in favor of the Trump plan. The important thing is that it explodes the 23 year plus consensus on the parameters of what would bring peace in a two-state solution.

The old two-state proposal assumed that Israel would withdraw to the ‘67 armistice lines and that these lines would become the border.  It assumed that Israel would keep the major settlement blocks and give land swaps for them. These Jewish towns would have been totally within Palestine.  East Jerusalem would have been given to the Palestinians for their capital. Finally, there would have been a limited right of return to Israel proper for descendants of the 48 war refugees.  Ehud Barak gave almost this much, and Ehud Olmert gave all of this. The Palestinians rejected this offer.

The Trump administration is the first to reject these parameters as unrealistic and dangerous to Israel’s security.  Israel today would no longer accept the Barak/Olmert proposals. They are not realistic today.  Trump’s plan breaks the received paradigm and offers a new one.  It is a limited demilitarized Palestinian state on 70% of the West Bank plus Gaza.  Israel keeps control of all the settlements and the Jordan valley for its needed security.  It can eventually annex 30% and keep security control overall. It is a more limited two-state solution plan.  The key now is that the onus is on the Palestinians since Israel will accept the Trump plan. The Palestinians can only claim they are occupied if they do not choose independence with disarmament.  It totally changes the narrative on the situation. This is Trumpian, and a new and out-of-the-box proposal!

I want to speak to one thing that is not usually noted.  This is the issue of Israel being in violation of international law in its occupation of the territories.  This is made up law from some interpreting Israel’s control of the West Bank as if there was a Palestinian State.  But international law as written gives no basis for claiming an occupation against land that is not part of a recognized state.  International law is also wrong in one regard. It requires all land to be returned to the aggressor after there is peace. This is contrary to all historic laws of war.  The loss of territory and expansion for defense was always considered legitimate if the defender could somehow win. The change from this principle now brings loss of deterrence.  A nation can be aggressive again and again and lose nothing. This is exactly the situation we face here in the Middle East. In each situation of the refusal of peace, the Arabs lost more opportunities.  The U. N. partition plan was rejected, and the Arabs went to war. Therefore 700,000 refugees fled. The armistice lines with slight changes are what we call the ‘67 lines. The aggression in ‘67 and ‘73 however, led to Israel taking and keeping the Golan territory (now annexed).  It also led to settlements. Only one time did the Palestinians get a better offer after rejecting a peace proposal, and that was when P. M. Olmert offered more than P. M. Barack. They rejected that offer and today are offered less again but with much money for business development.  The Oslo parameters are finished. If they reject this offer, and from both history and their initial response it seems certain that they will, they will be offered less the next time. My own view is that the Palestinians should have residency in Israel and Jordanian citizenship. The Jordanian government does not want this because it could be the end of their monarchy since they are not Palestinians and the majority in Jordan are Palestinian.  The elephant in the room that no political leaders will assert is that Jordan is the Palestinian State. They want to preserve a more moderate regime led by King Abdullah and prevent a violent Palestinian state in Jordan. It seems to me that the Palestinian resistance is like God hardening Pharaoh’s heart. It is as if Israel is not able to cede the land to the Palestinians. They block it!

I think that God is involved in all this at very significant levels!