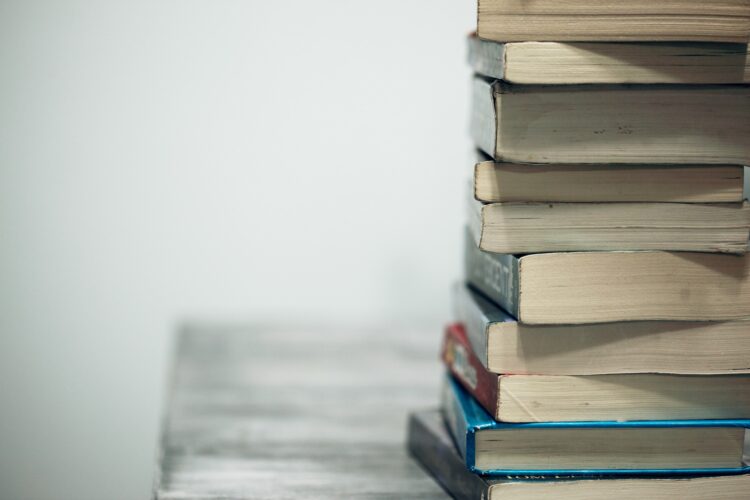 My daughter Rebecca is very smart.  Recently she alerted me to what schools are teaching as American history.  The text by Howard Zinn is alarming.  I read the book and sent her this review.  She gave me permission to post this.

I read the Howard Zinn, A Peoples History of the United States, a book for young people/students and am reading the other lengthy one  I wanted to read the youth one first because the text for young people is more important in influence and in shaping young minds.

It was very disturbing.  It is not that much of what he says is untrue. Much is true.  And you would be surprised how much of this we learned in U. S. history in our Junior year of High School in1963, 1964.  The terrible issues of slavery were clear as the terrible treatment of native Americans.

One could say Zinn could be titled “A Radical Leftist Interpretation of the History of the United States.”

So what is the problem of Zinn?  It is mostly what he does not say and what he leaves out.

1.  First, World history shows that the issue of the powerful and wealthy dominating and oppressing the rest of the population is universal. This is so in India, China and Africa.  This is not a uniquely American problem. He soft- peddles the oppression and genocide in Africa among tribes.  In addition, he soft pedals human sacrifice in Africa and Central American cultures.  Stunning!  In China and India wars (I read extensive history) the genocide of other tribes was common. The lack of a World history context is a terrible disservice.

2.  He does not understand the basic issue of Western History for 1900 years.  What is it?   It has been the struggle between three groups.  1. Those true to the Gospel and Biblical values who stand for the poor and oppressed and serve them.  2. Those who co-op Christianity and make it a state religion or make it a cultural religion cut off from the commandments Yeshua. The loss of focus on the oppressed and poor as the center of Gospel outreach has been very sad. 3. Those who are not in any way Christians but seek to dominate, and oppress for their own ends.

3. In following #2 he leaves out the history of those Christians who were valiant and key to fighting the oppression.   He names John Newton the former slave trader who was anti-slavery and does not note that he wrote Amazing Grace. His conversion made him an anti-slavery fighter who encouraged the deeply Christian William Wilberforce who was the leader in seeing slavery eliminated in the British Empire. He leaves out the revivalists like Jonathan Edwards’ son in law David Brainard who gave himself to the native Americans and was a champion for the native Americans.  He leaves out the real power of the Christian underground railroad.  The revivalist Charles Fiinney and the founder of Wheaton, Jonathan Blanchard were examples.  Without the revivals the force of the anti-slavery movement never would have succeeded. Who wrote Uncle Tom’s Cabin?  Harriet Beecher Stowe, from the Beecher family. Her father and brother were famous anti slave evangelicals.  He only sees leftist redials as standing for human rights.  But the leader for women’s rights was an evangelical, Susan B. Antony, and she was anti-abortion.  Who led the child labor reforms? Evangelicals.  He leaves out Quaker William Penn who was anti-slavery and pro native American  Also though Roger Williams is mentioned, little is said, but his importance is enormous.  He founded Rhode Island whose law was a key to the religious liberty clause of the Constitution a century plus later. Rhode Island was the first free state in the World on these matters.  Tom Holland, the British Atheist historian says that all our human rights ideas among secularists would not exist but for Christian Bible roots. No culture in history has stood for the equal value of human beings without biblical roots. So also I note the great sociologiest Rodney Stark and his writings on Christianity and its influence.  He also leave sout the Catholic monastics that served the needy, native Americans, blacks and more.  The Catholic workers movement with Dorathy Day was important. Left out!

4. Because of this lack he downplays the importance of the Declaration of Independence, “That all men are created equal and endowed by their Creator with certain inalienable rights, life, liberty and the pursuit of happiness.” Without biblical roots, this would never have been written.  Yes, holding slaves as Jefferson did, was inconsistent to it, and Jefferson really knew it was. But in the economy of those days slavery seemed necessary to Southern economics. Wrong and sad!  But when Jefferson penned this, he set in motion the influence to eliminate slavery and foster the greatest influence for liberation that the world had ever seen on the political level.  The founders that were anti-slavery are not quoted. What they said and wrote was ignored. Read the great John Adam’s biography by David McCullough.  Not even referenced.

The U S was designed to be a Republic with the vote as only one part of checking power. The whole issue was to prevent the centralization of power since human beings can not be trusted with too much power.  Yes, the vote was to be for the educated who were land owners in those days. However, many hoped that others would attain prosperity under the new constitution.  It is wrong to see them all as only in it for themselves, but there was hope for a growing prosperity for ordinary people as well.  And yes, for many it was about self-interest.  But not for the many Christians that were supportive of the new system.

5. It is true that Lincoln was at first more about seeing the country not break into and not for freeing the slaves.  But was it only for special interests of the North only.  Did Lincoln not have higher motives eventually. Lincoln seems to have had a kind of conversion to Christianity during the war.  His words on the judgement of God on all of America and the Civil war as exacting that judgement on both north and south due to slavery are not even mentioned.  Yes, he doubted that the “Negros” could fully integrate, and thought of them going back to Africa to be in their own culture, but that was a culture judgment and wrong. Many fought against slavery with deep conviction.  The Secretary of State Seward was total anti-Slavery and ran against Lincoln for the nomination in 1860.  Slaves from the underground railway were given refuge at his home in Auburn, New York. Carl Sandburg’s biography of Lincoln and Professor Ronald Rietveld of Wheaton were important (your Mom’s professor and an expert on Lincoln). Even Lincoln is being caceled by some today.

6.  For Zinn there are two groups of people in the U. S.  The oppressed and the oppressors. But it is not so. It is also the story of millions of immigrants like my Norwegian and Jewish ancestors who came poor and moved up.  The story of upward mobility in the U. S. is left out. The U. S. does not only have inherited wealth, but wealth has changed hands.  Today it is worse than in recent years due to the accumulation to obscene levels with the likes of Jeff Bezos, Mark Zukerberg and Bil Gatesrg and Bill Gates.  But note how many who came poor did well, as our family, both the Jewish and Norwegian sides.  My Jewish ancestors began in the ghetto. The blacks until recently did not share in this upward mobility, but there is now more upward mobility for them.  But Norwegians, Jews, Poles, and Italians have became decently prosperous. The composition of the town I grew up in was made up of such folks, not very rich, but middle class and living well.  There seems no prosperous middle class in Zinn.

7.  He seems to grudgingly admit that people were oppressed under communism. But his sympathy is for the American communists. The fact that communism leads to poverty and terrible death and oppression is just not there a theme his writing  Yes, the U. S. fought wars for the self-interest of the establishment and its wealth but there were mixed motives and other reasons as well.  To prevent communism and its terrible record of death and destruction is noble. Yes, capitalism has to be reformed and is a long story. But capitalism produces the entrepreneurship that expands the economic pie like nothing else in history and has lifted more out of poverty than any other system.  The wealth expansion has the potential to lift peoples like no other system.  Crony capitalism is its worst negative that has to be faced and has to be prevented. But when rightly directed, it lifts people out of poverty in large numbers. Zinn seems totally unaware.  It is why India and Israel changed to free enterprise; so also now much of Africa. Even China is now fascist capitalism

8.  He does not credit the great gains in the ideas of freedom and liberty that came to the world from America.

9. When he speaks of the spies Julius and Ethel Rosenburg, the Russian communist spies and traitors who were executed, he leave out the fact that when communism fell the records were made known and their guilt was absolutely confirmed.  Others may not have been wrongly convicted for treason over the years, and there were sometimes sad miscarriages of justice.

10  He idealizes Native American and Black Africans and does not credit other writers.  He selectively picks some writers to idealize those cultures with free love, equal life for men and women etc.

11. He talks about the Israel occupation of the Palestinian land and does not note that for the Arabs, all Israel, including Tel Aviv, is occupied territory. They walked away form a two-state solution twice.

12. Yes though labor unions are now corrupt, the labor movement was a just movement for fair wages, working conditions and more.  However, today those gains are being lost to China.  Why is that?  An interesting story of greed and corruption driven by the elite today.

So that is my evaluation.