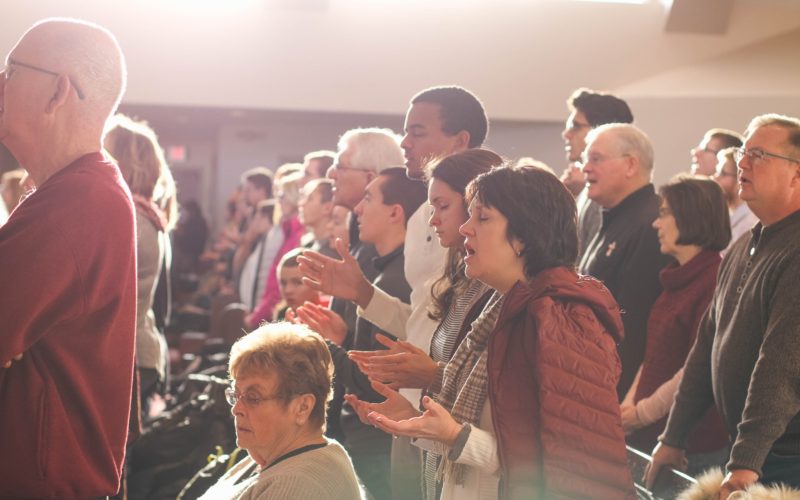 Pillar #1  We must see a people of God in worldwide revival in passionate love for God the Father and his Son Yeshua.  This pillar was actually taught by some of the Puritans.  Ian Murray in his great book, The Puritan Hope, presents this idea.  For the Puritans, we will see a succession of revivals.  They will wax and wane, but then there will be a last great world revival that will not decline and will lead to the second coming of Yeshua.  There are several texts that show this Joel 2:28-30 (3:1-5) predicts a great pouring out the Spirit on all flesh before the great day of God’s final judgment and intervention.

So it will be afterward.

I will pour out my Ruach on all flesh:

your sons and daughters will prophecy,

your old men will dream dreams,

your young men will see visions.

And also on male and female servants

will I pour out my spirit in those days.

I will show wonders in the heavens and on the earth—

blood, fire and pillars of smoke.

The sun will be turned into darkness

and the moon to blood

before the great and awesome

Then all who call on ADONAI’s Name

for on Mount Zion and in Jerusalem

there will be rescue, as Adonai has said

whom ADONAI is calling.

The text is quoted as fulfilled on the day of Pentecost (Shavuot) in Peter’s amazing sermon given after the Holy Spirit was poured out.  However, it is generally understood that just as the Kingdom coming, the fulfillment is partial and there is much more to come.  Though there was a judgment on Jerusalem at that time, the final judgment envisioned in Joel did not come. Nor did the ultimate rescue of Jerusalem come as indicated in the text.  Therefore people who experienced great outpourings of the Spirit in history hoped that their revival would lead to this greater fulfillment. We see this in the First and Second great awakenings in the United States (18th and 19th centuries respectively) and in the revival in Wales in the early 20th century and in China and Korea near the same time period.  The Azusa Street revival in Los Angelos in 1906 was also seen in the context of the hope for a final and great world revival.  Azusa was the start of the Pentecostal movement which looked toward a great world revival leading to the second coming. We still await the ultimate fulfillment of Joel 2.  Other texts that indicate the revival to come are found in several of the prophets. The glory of the Lord will arise on Zion in Isaiah 60. Does this revival in Israel not have implications for the people of God worldwide. It has been so understood. The next pillar on the unity of God’s people is hard to envision if it is not connected to revival, for Yeshua says that the “glory that You have given to Me I have given to them that they may be one.”  Ephesians 4 envisions Yeshua’s people attaining “unity of the faith and of the knowledge of Ben Elohim—to mature adulthood to the measure of the stature of the Messiah’s fullness.”  Without God’s people being filled with his Spirit in revival, it is hard to see how this is possible.  Pentecost led to unity in Acts 2 and it is a key to unity in the end. Those who in unity pray for revival are a foreshadowing of the revival and unity to come. The picture of the Bride in Rev. 19:7 is stated in these terms, “For the wedding of the Lamb has come and his bride has made herself ready.”  This is before the final judgment before the Millennial Age at the coming of Yeshua. The essence of revival is that God’s people are filled with his Spirit and walk in the fullness of the Spirit. So in all these ways, the implication of Joel 2 and Acts 2 is that we will experience a new worldwide Pentecost.  We see this already beginning in the movements of the Spirit in these days. We long to see more.