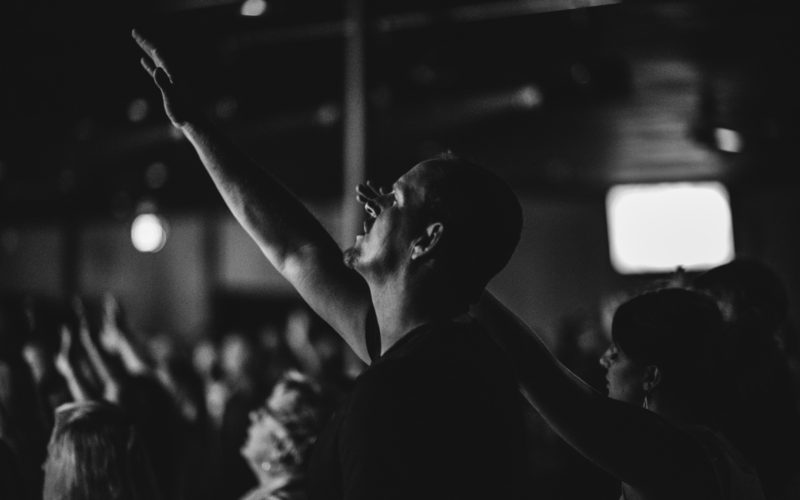 The doctrine of the last days is very important because according to one’s interpretation of the last days or eschatology, one’s orientation to life varies.  Some think that we should avoid the doctrine of eschatology because it is a difficult subject that divides believers.  They would say, “Let’s just affirm that Jesus is coming back again, that he will raise the dead and transform believers, and then we will live with Him in glory forever.” Well, this is certainly a true statement of some basic points of the Bible’s teaching.  That we can not know more than this used to be my position after I came to a state of “eschatological skepticism” when I was 19 years old.  In my early 20s, however, I come to see that the thrust of the New Covenant Scriptures presents more important themes about the last days that really do affect how we live.  From the ages of 22-33, my understanding more fully took shape.  In this series of posts, I will lay out what I came to believe.   This is also the position of the Tikkun Global and its connected ministries and many also the position of many other partners in our efforts.  Many came to the same conclusions as I without any influence from me!   Actually, we are recovering an older view that had great influence from the mid 18th century until the end of the 19th century but was replaced by a pessimistic eschatology in the 20th century.

I call this a classic view.  Basically, it asserts that there is unity in the Scriptures.  The coming of Yeshua brought the reality of the Kingdom of God.  The Good news of the Kingdom is the invitation to enter the realm of the Kingdom by submitting one’s life to the rightful King, the King of Israel and the nations.   The Kingdom of God has broken into this world, and if we do submit to the King as Lord, He forgives our sin and fills us with His Spirit.  He enables us to live a godly life of obedience.  However, the Kingdom is only here partially.  It will not come in fullness until his second coming.  We now have the Spirit, the gifts, membership in his new community and so much more.  He puts everything in our lives in the right order.  However, our desire is to see his return. That return is contingent on the fulfillment of five pillars.   We summarize here but then in the next posts will take each individually.  We are seeking to be part of and to foster a five pillars movement.  These five pillars are the foundation of eschatology, and all else has to be understood in the context of these five, including last days’ trials and victories portrayed in the prophets and the Book of Revelation.

This classic eschatology is based on a desire to see the return of Yeshua, longing for his return (Titus 2:13)  We desire to live in such a way that history is moved forward to the day of his return (hastening the day of God the day of his coming II Peter  3:11) Before Yeshua returns we have to see these five.  First, people of God all over the earth are passionate about Yeshua and are in revival.  This view of a last days mighty revival goes back to the Puritans of the 1600s.  This revival will lead to fulfilling the destiny of the Church to his second coming.  Secondly, we must see the Body of Believers come into unity and fulfill the prayer of Yeshua that his people would be one, loving and serving one another.  Then the world will believe that the Father sent the Son.  This is connected to and intertwines with revival. Third, we must see the work of world evangelism reach every people group with an adequate witness.  This side of the second coming, the Gospel must be preached to all nations (ethnicities) and then the end of this age will come and the subsequent establishment of the Age to Come.  (Matthew 24:14).  Fourthly, we Jewish believers in Yeshua with the Gentile followers of Yeshua must bring Israel to jealousy leading to life form the dead (the second coming; Romans 11:11-15).  Israel is still God’s elect people and all his elect in Yeshua form all nations will join with the Messianic Jews to see all Israel saved.   Fifth and last, and an obvious corollary is that there must be a leadership throughout the world that has the influence to lead the Body of Believers to bring the fulfillment of the first four pillars.  This is implied in Ephesians 4 that the leaders with the five functions equip or align the Body until we come to the unity of faith, “to mature adulthood to the measure of the stature of Messiah’s fullness.

This is an optimistic eschatology.  It is not saying that we will take over the whole world and rule before the Messiah returns.  It is saying that we will be a victorious people accomplishing the work that God has set for us to do leading to his second coming and the conversion of the nation.

I invite you to go deeper into this topic, by purchasing my book Israel, The Church and the Last Days.