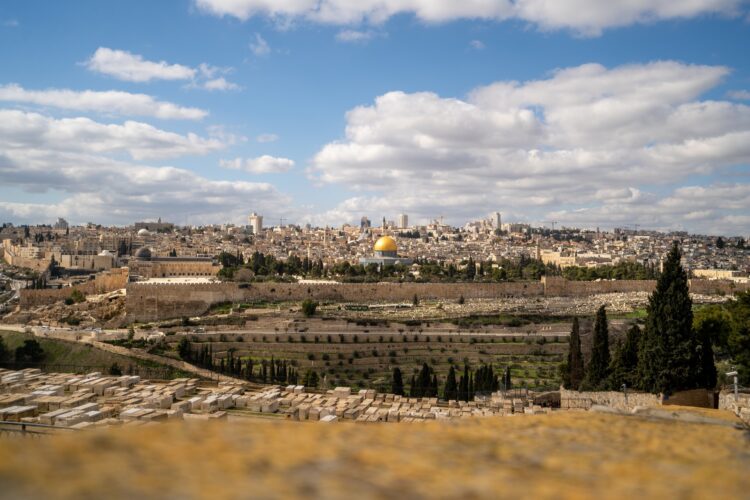 The four Gospels present us with an amazing account of his crucifixion and the other New Testament documents agree with the testimony; all given in the first century.  What do the Gospels say about this?  They tell us that Yeshua celebrated Passover with his disciples and instituted the Lord’s Supper in connection to that Passover.  They tell us that he afterward left for the Garden of Gethsemane to pray, was arrested, badly treated by both the Jewish police and then the Roman soldiers.  He was judged guilty by a representation of the Sanhedrin.  Then the Romans agreed to give into the will of the Jewish religious leaders and to have him crucified as a zealot in rebellion against Rome.  We are then told that they died in submission to God and in a spirit of forgiveness. Supernatural signs took place, darkness in mid-day, an earthquake, and the curtain of the Temple was torn in two. Then a rich man, Joseph of Arimathea, received his body for burial.  The Gospels then describe the disillusioned and fearful disciples.  Whenever the rest of the New Testament documents speak about his crucifixion and burial they agree with these accounts.

Then on the first day of the week, the Feast of First-Fruits, early in the morning, women first discover that He was risen from the dead.  His body was not in the Tomb and did not undergo decomposition.  He then had a supernatural Body.  He appeared to the smaller group of disciples, but I Cor. 15 adds that he appeared to 500 at the same time, most of whom were alive when Paul wrote this amazing chapter, in the 40s A. D., soon after the events.

The historian of the Roman Empire period, A. Sherwin White, tells us that the events of the New Testament and the story of Yeshua are the best documented or attested of any historical figure from that era, by far more than Julius Caesar.

The Book of Acts, written by Luke, who professes his desire to provide accurate historical accounts, presents the narrative that Yeshua appeared and taught on the Kingdom off and on for 40 days after his resurrection. He then brought his Disciples up to the Mount of Olives, and after giving them instructions to wait together in Jerusalem until they would receive a great outpouring of the Holy Spirit. From there they would be his witnesses.  In Acts 2 we read of this great outpouring of the Spirit.  When the Spirit was poured out, the larger group of disciples (120) were able to speak in several languages they had never learned and to proclaim the Gospel on the  Temple Mount to the multitude of Jews from other nations who spoke other languages.  They had come up to Jerusalem for the Feast of Shavuot  (Pentecost).   This was an astonishing miracle where Jews from many nations heard the Gospel.  Thousands repented and were immersed in water in the name of Yeshua.  It is likely that many stayed in Jerusalem, and in no time many thousands were now in the house gatherings in Jerusalem overseen by the Disciples (Apostles).

There is no parallel to these accounts in any nation or culture outside of Israel.  It is astonishing. However, how do we weigh the credibility of the New Testament witness?   Already, in the pages of the New Testament, we read that the Apostles went from fear to become bold witnesses after Pentecost.  The earliest post-biblical Church history tells us that all of the 12 died as martyrs for their faith.  John lived to old age and was exiled on the island of Patmos.  The testimony of the early Church Fathers confirms the truth of the martyrdom of the Apostles.  Clement of Rome, Polycarp (who knew John), and Ignatius are three early witnesses.

In conclusion, we can be confident that the New Testament presents an accurate account of the life, death, and resurrection of Yeshua plus Pentecost and that we can base our lives on the Gospel and the teaching of Yeshua and the Apostles who gave us the New Testament.