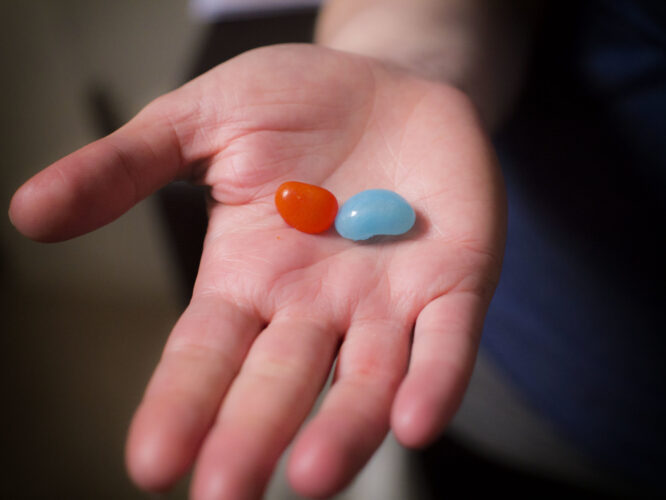 Recently I came across an article by Daniel Greenfield.  He is a conservative Jewish writer who sometimes provides great insight.  This article engaged the subject of cultural brainwashing.  In Greenfield’s view, many of the people on the left or far left have been brainwashed.  They have not come to rational conclusions by weighing all the evidence, but have been conditioned.  There is a parroting like we experience when talking to people in a cult.  We have created a national cult society.  We watch the news and see so many speak the exact same talking points.  I have been lately amazed at the deep intense hatred for those who believe in traditional morality.  When I try to engage issues with some acquaintances, they simply get angry, dismissive and won’t or cannot engage arguments.  The issues are black and white and there is no alternative view point. If you press beyond that and ask questions for which there no stock answer, the intended dialogue partner simply bows out of rational discourse and resorts to name calling and abuse.  But issues are complex.  These responses are religious cult responses.  It is why there are violent protests on campus against reasonable conservatives. This mass conditioning takes place in schools, media and entertainment that repeat the same points over and over again.  It is group think and group speak on steroids.  George Orwell would have been amazed.

Generally, the leftist culture (I am not speaking about classical liberals) is totally opposed to traditional morals.  Sexual fidelity, the reserving of sexual relationships and bonding to committed traditional marriage, avoidance of promiscuity, the sanctity of human life (it is not your body but a human being created in the image of God) the command to have no other gods before the Creator, and we could go on.  The leftist culture hates these with a vengeance.  Even the idea of not bearing false witness is compromised if such false witness gains the ends of the relativistic post-modern progressives.  (Note the Kavanaugh hearings)

Sometimes it is depressing to read the news.  Recently a California court required a Christian dating service to include LGBT people.  Chick Fil A is banned not because they discriminate in service and hiring, but because their founder embraced the standards of traditional morality and marriage.  Again and again we see Christians and conservative Jews censored in social media.  We see the symptoms of decadence all around us, but the culture formation elite seem to not even notice; the homelessness, the divorces, the opiate epidemic, the suicide rate, the sleaze, the alarmingly low birth rate.  Some on the more radical left point to global warming as the reason to not have children (others include the crises of this world, the environment in general, and the desire for meaning through a career for women).  The birth rate is declining at an alarming rate and will leave us with huge social problems.  Greenfield notes that so many think the same way due to the constant repletion of the same messages from Hollywood, in the universities, in journalism, and the internet.  The group think is amazing.  Greenfield believes that this cultural direction was planned; that gaining control of education, entertainment and media was central to the leftist revolution.  So was dividing the country in identity politics a key part of the plan.  In my view, one finds an amazing similarity in the brainwashing in the radical right and its racist world view, a conditioning that shows irrationality.  Both radical left and right are full of conspiracy ideas.  Both seek control of others and hence control of the society, but it seems the danger today is more from the left.  They seek control and are planning by every possible means to get control.  I  think they don’t believe in a democratic republic from of government but control by the elite on the left

Those three elements are control, crisis and emotional resonance. To successfully brainwash someone, you have to control their environment, force a crisis on them, and then tap into core emotions, fear, love, guilt, hate, shame, and guide them through the crisis by accepting and internalizing a new belief.

Since the Left still lacks total control over the United States, it relies on repetition, itself a form of control and stress, to create fear and panic. It makes up for its lack of physical control by bombarding Americans with messages meant to inspire fear, love, hate and guilt through the media, through the educational system, through entertainment and through every possible messaging channel.

The political brainwashing campaign in this country targets the upper class and the middle class. The best subjects for brainwashing are intelligent and emotionally vulnerable. They’re easier to manipulate by using the gap between their emotions and their reason, and their emotional instability makes it easier to force them into crisis mode. The ideal subjects are in their teens and their early twenties. In modern times, that’s a period in which identity is still developing, and can be fractured and remade.

Like every cult, the modern campus claims to serve an educational purpose, helping students find meaning and purpose, but insisting that they must first be cured of the subconscious evils such as white privilege and toxic masculinity that are holding them back through a process that deconstructs their barriers, encourages confession, expressions of trauma, shame and guilt, to create new identities.

This isn’t education. It’s not even dogmatic lecturing. It’s the same basic set of techniques used by any major cult in the country. Once colleges began trying to cure their students of subconscious evils at closed sessions, under the guidance of unlicensed therapists associated with a movement, there was no longer any difference between them and that of any cult, except billions in taxpayer dollars.

Some on the right respond by promoting a counter brainwashing. Have you noticed the amazing levels of repetition in some of  the right wing media? However, brainwashing is immoral and is a violation of the human person.  I note in talking to my more leftist friends and acquaintances an inability to dialogue in a reasonable way.  They cannot argue their points beyond a certain repetition or regurgitation of the content of the brainwashing. Because he or she cannot rationally defend the position they simply seek to shut up the other.   “In the hands of left-wingers, the mantle of oppression has become the greatest tool for oppressing others, denying free speech, the free exercise of religion, academic freedom, the free exchange of ideas, and intelligent free debate, thereby proving the doctrine of depravity” —Robert A. J. Gagnon, Ph

Is there any hope.  In the movie The Matrix, the star character takes a little pill to awaken to the fact that he was living in a totally fake world.  He joins the opposition to the government controllers.  We have such a solution.  It is in the Gospel preached with power, with signs and wonders that break through the naturalistic world.  It is in the power of prayer which is mightier than the social conditioning of the culture.  It is the outpourings of the Spirit in revival that is mighty to reverse the decay.  As I was contemplating these issues in a semi sleep state, the power of prayer as mighty to pull down the strongholds of the mind, the mind of the culture.  May God give us the grace for prayer gatherings in every town and city, in every congregation, to realized the issue and to come against these forces of evil by the power of prayer and the proclaimed Word.  Also, today more then ever, we need to see that our children are not given over to the educational establishment for this conditioning, and to choose a college with real education that respects classical biblical views.