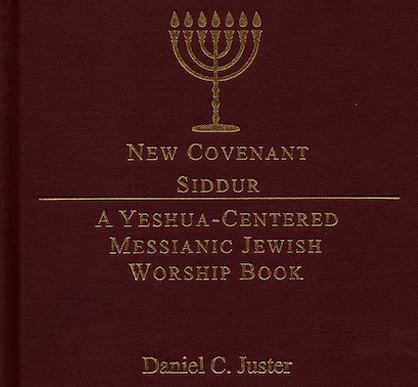 In 1990 I was wrestling with a question.  Are the traditional Jewish prayer books, the Siddur and the Machzor, for the annual Holy Days, adequate for the worship expression of Messianic Jewish congregations.   I understood that these prayer books were based on Scripture and quote much of Scripture in the prayers.  The theology is mostly correct, but from a pre-Yeshua perspective.  This has produced two approaches in the Messianic Jewish world.  1.  The Siddur is the basic book for the Messianic Jewish gatherings with little besides incorporated in the worship service.  This is the minority in the movement. The second is to use the Siddur as is, but then add New Covenant material of a more modern musical style. Often there are two parts to the service, the traditional service, and then the modern music part.  They are often fully bifurcated.  In the 1980s I was already dissatisfied with this approach and integrated Yeshua-centered modern worship with the ancient liturgy.  Yet, we still suffered a bifurcation.  Ancient liturgical material was pre-Yeshua.  People learned that worshipping in the power of Yeshua explicitly was not in the liturgy but only in the modern musical pieces recently written.   Then I believe that in 1989 the Lord began to speak to us about the fact that our worship did not bring out the fullness of fulfillment in Yeshua, and that our liturgy itself should reflect this.  We were seeking God at Beth Messiah Congregation.

In 1991, I sensed a leading form the Lord to create a liturgy that was a response to a question.  What would the Jewish liturgy/prayer books have been like had the prayers and hymns been created by followers of Yeshua?  That summer, at my wife’s childhood home in upstate New York, I believe I was led to write a prayer book based on this question; based on the Siddur and Machzor content but with New Covenant Content explicitly in the liturgy.  This included singable Hebrew and English.  When it was first presented at Beth Messiah in the 1991 services for Rosh Hoshana and Yom Kippur, it received an amazing response.  There was clapping and hallelujahs in response to liturgical prayer!  The liturgy continued to receive a strong enthusiastic participation.  Since then, off and on, we have been refining the work.  Dr. David Friedman in Israel translated the English written Messianic Jewish liturgy into modern Hebrew. Then we paid for it to be pointed with the Hebrew vowels.  We added references to the traditional prayer source in the Jewish prayer books.  We included prayers for the annual Holy Days.  We now have it complete in hardback and at a good price.

I recommend this book to you for your personal devotional life, for all Messianic Jewish congregations and churches with Messianic Jewish services.  I believe this is a special publication for you, a conclusion of a 29-year project.  Do order this and God bless you.