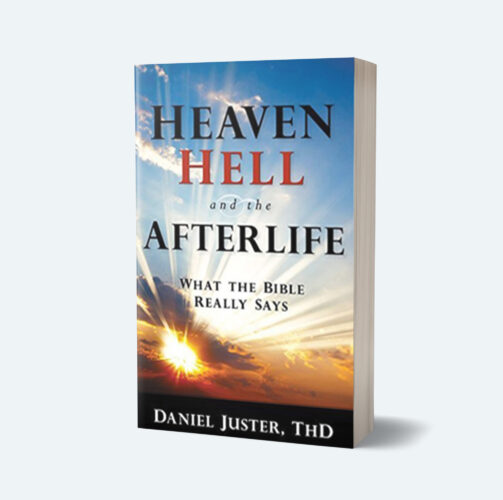 Abraham Piper is the son of one of the more famous Evangelical Pastors and scholarly writers, Calvinist John Piper.  Pastor Piper has been popular at Wheaton College, his alma mater, for his stimulating writing and preaching on loving and enjoying God.  His son has left the faith and has built up quite a following on Tik Tok and often includes anti-Evangelical diatribes.

As an apologist and professor for almost 50 years, I often find the objections to biblical faith to be shallow.  I spent three very intense years in skepticism (1967-1970) and raised every kind of objection to biblical faith and belief in God that you can imagine.  I actually had a ten-inch card file listing objections.  After returning to faith, I spent a wonderful second year of graduate school studying many subjects that confirmed my faith.  Then in during my first year of marriage, I was hired to teach apologetics at Trinity College (today University).   I also enrolled at McCormick Seminary.  Some of my professors were ribald skeptics.  I found the objections they raised to be amazingly shallow, especially after what I had just been through.  Today’s new skeptics, young adults and others who have left the faith are intellectually shallow at an amazing level. I find most of their objections to be emotion based, though we all have to deal with the question of why God allows evil.  This has been brilliantly answered form Augustine to C. S. Lewis, though there is mystery.  Today, my summary of apologetics is simple (I did write  a text book on Apologetics) .  First, if anyone reads the Gospel of Luke and then Acts and honestly asks how these writings can even exist, they will, if honestly seeking the truth, conclude that these accounts are true.  Of course, design in the world and the miracles today are great confirmations.

One of Piper’s objections to Evangelicalism is the doctrine of Hell, though it is the classic doctrine of Catholics and Eastern Orthodox Churches as well.  It seems barbaric to him that God would consign anyone to the torture of Hell forever.  And if we think people are going there, then we should do nothing but seek to win people to faith so they would avoid it. Any other activity would be wrong.  Of course, this is not the way witness works and such total efforts would not be successful if not led by the Spirit.  Indeed, evangelism requires the power of the Spirit and most Christians have had to be witnesses while raising families, working in some kind of business etc.  However, we all need to check ourselves about our passion for evangelism.

The objection to Hell has been answered by many. The main reason for Hell is the consequence of the serious level of sin in spurning a Holy Creator God.  This is the greatest sin of all.  Sometimes I imagine that people who did not come to repentance and the atonement of Yeshua will have to experience all the pain they caused in their sin against others.

However, interpretations of Hell vary.  Most realize that all just being saved and forgiven no matter what (universalism) cannot be right.  The acid test in response to an easy universalism is Hitler.  Though we can add many others to a list of the grossly evil.  Somehow, we know there must be a terrible punishment for Hitler like people.  Yet universalism persists. Ernest Campbell of Duke Divinity School argues for it.  He was a student of my beloved New Testament professor, Richard Longenecker and frequently expresses his appreciation for him.

Others, however, interpret Hell differently.  For some it is temporary though it can be a very long time on the basis of the degree of sin.  Then there is the annihilation view of Hell, such as finally embraced by the great Evangelical Anglican John Stott.  Some also add to this that the final annihilation will be only after suffering the degree of punishment for the evil that was committed.   C. S. Lewis famously held that Hell was a choice that the rebellious make.  In his view, such evil leads to personality disintegration.  So the person who goes to Hell does not fully cease to be without a trace, but analogously to half-life, they are less and less there as a person.  Others simply assert that eternal suffering of some kind is fitting to the rebellious.  Rare are those who would state as believers did centuries ago that observing the suffering of the damned would bring joy to the righteous in recognizing the great justice of God in his judgment.

I approach the doctrine of Hell quite comprehensively in my book Heaven, Hell and the Afterlife, What the Bible Really Says. Of course, I recommend it.  The key thing to remember is that Yeshua died for our sins, and if we accept his offer to enter his Kingdom and to be born again, we will not go to Hell.  If He is our Savior and Lord, Heaven and the Age to Come on Earth await us.