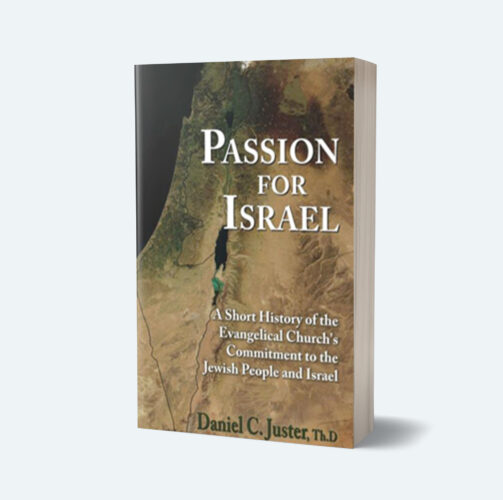 When the Reformation encouraged people to read the Bible in context, rather than through received tradition and allegorical approaches, several Reformers discovered the Biblical teaching on the election of the Jewish people, the nation of Israel.  We see the beginnings of this discovery going back to notes in the Geneva Bible in the 16th century.  Then in early part of the 17th century, Puritan writers in the United Kingdom and America wrote with passion and sometimes with great sensitivity about the restoration of Israel.  Elnathan Parr argued for the certainty of the promises of the restoration of Israel and her salvation.  Samuel Rutherford wrote with great imagination on what the reunion of Jesus the Messiah and his ancient people, including the tenderness, the tears and more.  Then Increase Mather, the first President of Harvard wrote a book on the restoration and Biblical teaching emphasizing Romans 9-11.

Passion for Israel continued to grow in the Lutheran Pietist movement in Germany in the 18th century.  This greatly influenced Nikolaus Ludwig Von Zinzendorf, the founder of Herrnhut and the Protestant mission movement.  He also started the famous 100 year 24 hour prayer meeting.   Their views on Israel also influenced the Pietists  of Scandinavia and the Methodists of the United Kingdom.

In the 19th Century this came to an amazing climax.  The British Parliament accepted a plan to reestablish the Jewish people in their ancient land and to plant a Jewish oriented Anglican Church in Jerusalem under a Jewish bishop to prepare  for the return of the Jewish people to their Land.  The British passion for Israel was a key to the Balfour declaration (declaring the land of Israel for a homeland for the Jewish people) and the growth of the Jewish population in Israel in the early decades of the 20th century.  Sadly, the British government later changed its policy on all of this.

Oscar Skarsune, in his book Israel’s Friend (sadly only in Norwegian), wonderfully documents the history and the continuation of the restoration of Israel theology to this day.

Often people who reject the Biblical teaching on God’s continued election of Israel accuse Christians who have passion for the fulfillment of Biblical prophecy about Israel as buying into a recent Dispensational Theology that is only dated from the late 19th century.  This is not true.  I encourage you to read this summary in my book Passion for Israel.  It is an easy read.