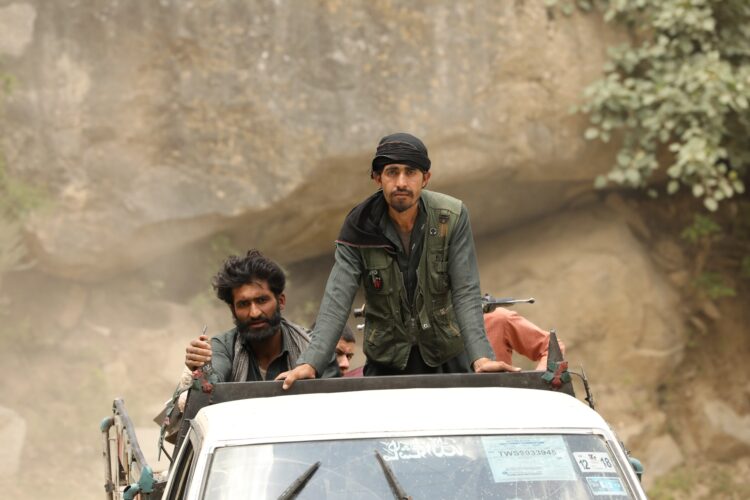 Watching the debacle in Afghanistan has been very depressing to say the least.  As former British P. M. Tony Blair recently said, this was incredibly stupid decision.  He used the term imbecilic.   When Donald Trump came up with the idea of withdrawal, I was strongly against his position and spoke against it.  When Joe Biden carried out the withdrawal, it was so poorly done that it left most of the world astonished.   Really the brass that planned this should all resign.  They at least could have stayed until after the evacuation.  But no!  The issue of Afghanistan was no longer for me the thought that we could build a western democratic nation (I never bought this), but the importance of maintaining a strategic base as a crucial bulwark against Islamic radicalism and terror.  In addition, there was a contingent of people that partnered with the U. S. and NATO, and loyalty to them was crucial.  Retired General Jack Keene summarized the view of most military leaders who begged both President Trump and Biden to not give up the strategic base in Afghanistan.  Only 2,500 military personal were needed.  They are not in direct combat and there were very few casualties.   This base was a key to access to the whole Middle East and a key to intelligence on the ground to thwart terror.  We will face new terror attacks and I fear the greater loss of life from this decision. Western democracies are decadent and without courage.  They lack understanding of the larger issues of strategy in fighting radical Islamism, and are unable to inspire a conviction-less godless population.  Indeed, Western nations are mostly drifting away from republican values into a semi socialistic technocracy (control by rich technocrats.)  The illusion of democracy is maintained, but with the control of media by corporate/government collusion and then giving social benefits that quiet the socialists, the West is hardly a vibrant contingent of nations that can confront evil.   The loss of faith in the God of the Bible is a huge part of the character deficit in the whole population.

However, the above is introduction.  How should the United States and its allies comport themselves in the war against Islamic terror and what may be a war with China (a cold war, hopefully) as China moves to take over Taiwan and then control the whole Asian Pacific.  I won’t speak to the Chinese threat now.

The whole strategic battle is to win the war against Islamic terrorism.  This could be a hundred years war, and the enemy has strategic patience which the West lacks.   But if the West had such patience, what should be the goal?  We must learn the lesson that the goal cannot be to build nations among peoples who do not share our values.  When the United States invaded Iraq, I dearly hoped that the U. S. would quickly take out Saddam and then leave the Sunni Baathists in power and say to them, “Now cooperate with us or we will be back.”  Iraq was a buffer against Iran.  I could not see how an election in Iraq would solve anything since the majority Shiites would come to power and would ally with Iran.  They would then turn on their former oppressors.  This is what happened.  This led to the reaction of ISIS.  I hoped I was wrong.  How could so many see that this would not work but not the leaders of the U. S.?  How do leaders become so lacking in wisdom and think that other people deep down are democratic loving freedom seekers.  They are not.  These values took centuries of tradition and thought to develop and implement. Mao rightly said that the one who controls the gun rules. If the ones with the guns are ruthless enough, as Saddam was, they can control the population.  As the Chinese Communists at Tiananmen Square, a ruthless response maintains power.  Does that mean that a democratic society is impossible in other cultures?  No, we see it in Korea and Japan, but there was a history that made this less a tenuous project.  How would it happen?  It would be that a strong ruthless leader or group of leaders begins to want to move their society toward these values and over the course of say 50 years, with education and gradual progress, someday it could happen.  Too quick a change would lead to the fragmentation of the nation among warring factions.  This was the project of the Shah of Iran but his ruthless part was too much for the West that could not understand the cultural limits he faced.  The West abandoned him and traded him for the more ruthless and totally demonic evil tyrants.

So how does foreign policy get conducted?  First, we find those authoritarian leaders who want cooperative relationships and will fight terrorism.  It is up to them to move their society to greater freedom.  The United States cannot succeed in doing this by occupation.  We can encourage them with carrots to move their nation forward. Secondly, we should show fierce loyalty to those who are fighting on our side.  Thirdly, we should maintain strategic beachheads that help us do this work, the air base in Saudi Arabia, and what should have been the base in Afghanistan.  Yes,  we should be loyal and not abandon those who stood with us.   No we could not build a nation out of the tribalism of Afghanistan, but there was the attainment of a strategic position and a loyal group of allies in the Kabul region and beyond.  It could have been maintained indefinitely.  Just was we have troops in Europe and Korea (now for over 70 years) we could have maintained a presence that would have been a forward base to fight terrorism.  It is the same in Iraq and Syria.  American airpower should have been projected to protect the Kurds, but again the allies were abandoned.  Despite the errors of Iraq under George W. Bush, we could have made it known that we would absolutely protect the Kurds, against Turkey or Assad of Syria and within Iraq.  We would not permit them to be bombed or to become refuges from their villages, but would stand with our allies.  “Do not test us on this” should have been the word.  Why should anyone trust the United States now?  Should Taiwan?  I worry about this one.

Finally, it should be known that the full might of U. S. air power would be used against genocide wherever feasible.  Rwanda’s genocide could have been stopped;  so also the genocide in Syria.  The rule should be that whenever we can use our air power to stop genocide at minimum risk to the United States, we will do so.   Our air power should be used in Nigeria to fight the terrorists.  We should fight and support all those who fight Islamic terror which now seeks to take over Nigeria, Chad, and really much of Africa.  Islamic radicalism really does seek to conquer the world and will come from Africa to the United States!

If the U. S. would show that it was serious about this war, even if it takes a hundred years, then credibility would be restored.  And of course, Muslims need the Gospel.  Alas, I do not see courageous leaders who can inspire the population to follow long term.   Even Reagan turned tail and fled Lebanon after the terrorist bombing instead of going after the terrorist full bore (1982).  Israel as well abandoned its Christian allies in Southern Lebanon and turned the territory over to Hezbollah.  Yes, there were a few casualties now and then and Israelis screamed.  We were disloyal to our allies.  The war that followed in 2006 produced many more casualties that staying in the loyalty would have prevented. What is it about political calculations, that saves lives ib the short term at the price of leading to a disaster of casualties in the future of unimaginable proportions.  There will be a war with Gaza and Lebanon simultaneously at the time of Iran’s choosing.  Then those short-term stupid decisions will be seen for the foolishness they were (see the editorial in the Times of Israel by David Horowitz, 8/22).  Due to Israel’s lack of strategic courage, we allowed Hezbollah to arm and now have 150,000 rockets aimed at our major cities.  The war will come. Then how will that decision to withdraw form our allies in Southern Lebanon look?

I am only a layman but follow these things closely.  Policy is a lifetime interest. Why in the West do we constantly choose short term peace that will lead to a long term conflagration?  With Afghanistan, Syria and Iraq, the United States replays the same stupid short sighted decisions.  It shows the lack of faith, courage and more in the West.  It reveals our decadence.  One writer said that the one that wins has the will to fight.