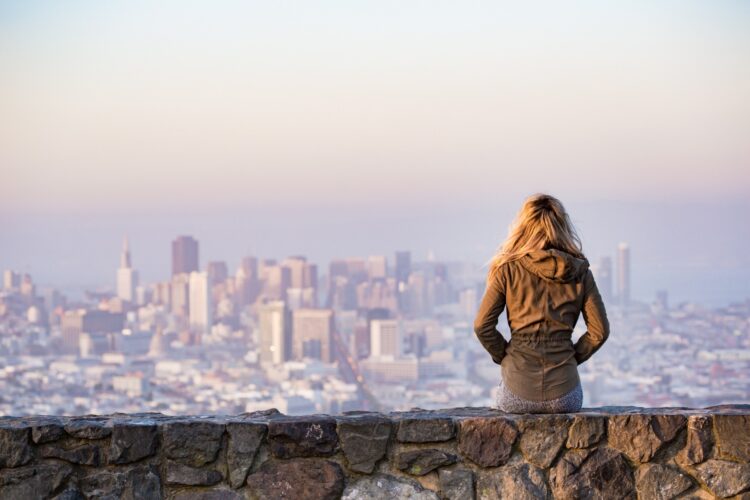 A few days ago in my devotions, I was reading II Cor. 6.  The verses were highlighted to me by the Holy Spirit.

Do not be unequally yoked with unbelievers.  For what partnership is there between righteousness and lawlessness.  Or what fellowship does light have with darkness?  What harmony does Messiah have with Belial?  What agreement does God’s Temple have with idols?  For we are the Temple of the living God—just as God said. . . “Therefore come out from among them and be separate, says ADONAI.” v. 14-17

I gave some time for reflection.  We often see these verses as precluding a marriage between a follower of Yeshua and a non-follower.  The verses certainly so apply.  The verse is also often applied to unequal business relationships.  However, it is much broader than that.  The text speaks in general terms and challenges us to reflect on what constitutes an unequal yoke.  I think it best applies to yoking that will tend to bring a person or persons who claim to follow Yeshua into influences that will undercut the soundness of their faith walk with God.  Such a yoke will end up producing weakness in commitment to the biblical worldview and confidence in its teaching.  As a young person, I chose an Evangelical College (The King’s College and Wheaton) because I wanted to learn in a context that would bolster my faith/walk.  I did want to be fair and study other views with as much objectivity as possible, but not to be thrown into an ocean to sink or swim without the guidance of godly professors.

When our oldest children, now 46 and 44, were entering kindergarten, my wife Patty asked if we were going to send our children to the public school.  Seeing where things were going, we had real reservations and started a school that lasted 30 years and whose last principal continues to lead a successor school today.  Our motto was “Raising children who are mighty in Spirit.”

The issue of how to draw the line of being in the world but not of the world is a constant challenge.  The Amish and Chabad Chasidic Jews lose very few of their young people.  They are growing inter-generationally.  Rabbi Schneerson’s teaching on where to draw the line is challenging and has lessons for us.  The way of these communities is to create alternative societies where the influence of the larger world is very limited and mediated.   I did not conclude that we had to go that far. I will give an example.

Growing up in the 1950s was such a contrast to today.  The public schools considered it to be their responsibility to never undercut the teachings of the families and churches of their students.  Most were in churches.  Indeed, schools reinforced the moral teachings.  However, though most of my classmates were in churches and synagogues (I was not) by high school there was a great shift.  Most of my classmates dropped out of church in high school.  I attributed it to the teaching of naturalistic evolution in the science classes, especially 9th and 10th grades.  The end of Bible reading and prayer before class (1962) was another loss.  Now the school systems explicitly teach contrary to God’s word.  At that time health classes for teen boys told them to take a cold shower, today they teach how to use a condom.  Socialism, critical race theory which contradicts God’s teaching on sin and reconciliation, gender fluidity, the LGBT movement’s teachings and so much more are intensively part of indoctrination.  Sex education is immoral, even in elementary school.   So how can parents in America today place their children and young people under teachers who are sometimes themselves influenced by the demonic for six or more hours every day, then send them to secular colleges and expect their faith to survive?  The statistics say their faith is not surviving.   So, what is an unequal yoke? It is at least a yoke that is likely over time to destroy faith.  I was pondering all this when a pop-up on my computer led to an article from Dennis Prager, one of my favorite Jewish writers.  Here is what he said.  I think quoting him is well worth it.  Perhaps my school in the 1950s was not an unequal yoke.

“The single best thing Americans can do to counter the left-wing attack on America—against its freedoms, its schools, its families, its children, its governmental institutions, its sports, its news and entertainment media, its medical establishment, the CIA, the FBI, the State Department, and the military—is to take their children out of America’s schools.

Other than in STEM (science, technology, engineering, and math), the vast majority of America’s elementary schools, high schools, colleges, and universities teach your child or grandchild almost nothing important; prematurely sexualize them, thereby robbing them of their innocence; and harm them intellectually and morally. They rarely teach them, for example, art or music because they are too busy teaching them race-centered hatred of whites, of America, and of America’s values. Sending your child(ren) to most American schools is playing Russian roulette with their values—but unlike the gun in Russian roulette, which has a bullet in only one of its six chambers, the schools’ guns hold four or five bullets.

Why do parents send their children to these schools? One reason is they are in denial. Many parents do not want to know what their children are being taught and the consequent damage done to them. They don’t really believe school(s) will ruin their child, let alone their child’s relationship with them.

These parents should speak to any of the millions—yes, millions—of Americans whose children have contempt for America, for free speech, and for their parents as a result of attending an American college or even high school. I meet such people at every speech I give, and I speak to them regularly on my radio show. Ask these parents, if they could redo their lives, whether they would keep their child in school.”

Prager is speaking about values that are largely biblical, but my concern is directly biblical faith.  We are losing the battle and need a mighty move of God for repentance and reformation.