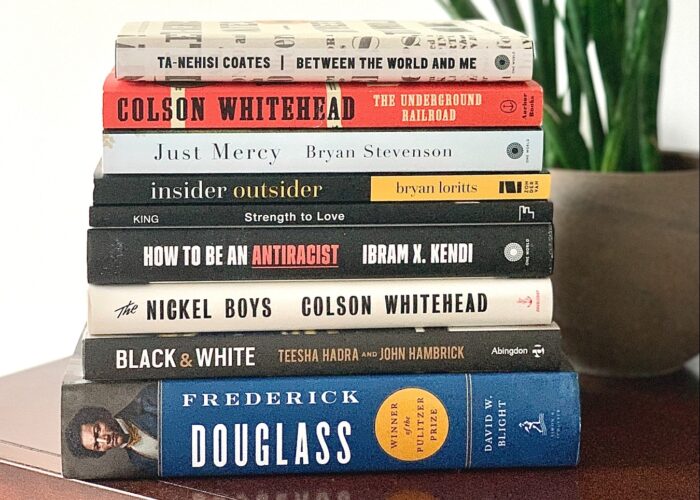 Sometimes I want to concentrate on Biblical theology, Messianic Jewish themes and the Church.  However, I have a background in apologetics.  This goes back to the cultural apologetics of Francis Schaeffer who spoke at Wheaton College in the fall of 1967.  It is part of my text, The Biblical Worldview, An Apologetic.  Cultural apologetics analyzes the culture(s) around us from a biblical perspective.  It shows the dead ends in those cultures and the destructive aspects that lead us on to biblical faith as the only basis for lasting human fulfillment.  This is my personal background and why I sometimes address cultural issues, including political issues.

I have written before on the important topic of critical race theory.   I have been reading more.  There are good books and articles evaluating this from a biblical faith position, but I wanted to read more in the original, just as I did for critical theory in general.  Readers may remember my review of Herbert Marcuse.  Critical race theory understands race as a social construct (it is, much more than ethnicity and culture) which because of its use by white skinned people created oppressive structures to maintain power and privilege.  This in my view was indeed historically true.  However, the CRT people believe that these power structures still exist and systematically produce inequity or disparities in outcomes for race representation and prosperity that are obscene.  The term racism is re-defined from the belief that some races are inherently or essentially inferior to the new definition of systems and policies that are in place that bring about the disparities among races, in this case, primarily Blacks and Hispanics.  Somehow it does not affect Asians!   I did find that different proponents of CRT have very different views on white guilt.  Some CRT folks have an essentialism that contradicts their relativistic epistemology and see whites an in inherently defective race such as in the black Nation of Islam.   Others do not teach race essentialism. Some teach an inherent with guilt, and some do not on other bases.  For Ibrahim Kendi, systemic racism is not based for many in the belief of blacks being inferior but is just a matter of self-interest to maintain position and many are actually oblivious to how their orientation fosters systemic racism.  The key for Kendi is anti-racist policies not getting whites to naval gaze in guilt as others do.  The anti-racist fosters effective policies that change the game.  For some CRT proponents only those in power can be racists.  Blacks thus cannot be racists. For Kendi, blacks indeed can be racists if they embrace the inferiority of whites as a race.   CRT is a complex movement, and it is better to say what particular writers say beyond the basic assertions where all agree on the issue of power and institutional racist structures.

It is very interesting that Kendi’s parents were at one time Evangelicals.  They were at the Intervarsity Urbana Missions Conference in 1970 at the University of Illinois.  His mother was a student at Nyack Missionary College of the Christian and Missionary Alliance denomination.  However, after those years they were affected by liberation theology which was very liberal in theological views (not just political and social).  The next generation sometimes is even more radical as is the case with their son Kendi.  Kendi’s book is both biographical and a presentation of his basic views.  I note that relativism in the theory of knowledge (epistemology) has been devastating in academia, is irrational, and leads to much lower standards of scholarship. It is destructive to scholarship and makes scholarship a tool for the power assertions of preferred narratives.  We will see this constantly in Kendi.

My empathy is with African Americans who are frustrated that 60 years after civil rights there are still such disparities in outcomes in attainment, income, health and so much more. Why?  The right analysis is crucial.

Ibrahim Kendi is now probably the most popular CRT proponent.  His books are widely promoted on campuses across America.  It is assigned reading in our military!   I started this essay and then on the same night, Tucker Carlson had a whole segment on it, some of which was right and some unfair and out of context.

Here are some points for understanding and evaluation.  First the good points.

Here are the most problematic and troubling views

Kendi provides very little in policy solutions.  His view is that systemic racism is a matter of bad policy.  I agree that racial disparities is partly based in bad policy, but which policies is a issue.  It is hard to say what he really thinks will work.  Socialism?  Quotas for race disparities? Reparations or payments based on race?   Really, I don’t think he presents real workable solutions to the systemic racial disparities of income and attainment in our society.  The fuzziness on policy is quite notable.  Bigger government and its controls seem to be what he is indicating.

One other thing of is important.   If a nation is to have unity, it must emphasize its common values.  While ethnic distinctions may be valued, they have to give way to the larger framework of the unity in values or we will produce warring tribalism forever fighting over fair distribution for the tribe.  The perception of unfairness will become rooted in every grouping with its consequent resentment and anger.  Blacks, Hispanics, darker blacks vs. lighter blacks, whiter Hispanics verses dark Hispanics, India Indians, Native Americans, European descendants, Chinese, Japanese, darker Philippine people, and more will all be aggrieved. Rather, the emphasis on our common humanity and helping those in need equally has to be the norm, need based not race or ethic based.

Biblical anti-racism addresses ethnic pride and assertions of dominance.  Two foundational biblical teachings are key. The first is that all human beings are created in the image of God.  Therefore, the basic equality of worth in the image of God is firmly established.  As such the Bible can assert, ‘From one He made every nation of men to live on the face of the earth.”

The second truth is that “All have sinned and come short of the glory of God.” Romans 3:23. This is asserted again and again.  All need the Gospel and its transforming power.  Kendi gets closer to the Bible view when he asserts that racism is rooted in self-interest!   Yes, the Bible says that sinful self-interest seeks to use others, to dominate them.  It seeks to put ourselves, our families and our tribes into the position of dominance, use them and then to demean others.  It defends the superiority of those who are like us and of us.  This is not,, contrary to Kendi, only a western colonial problem.   The Chinese leaders today see themselves as superior and having a right to dominate.  The Japanese did.  The warring Indian tribes of India did.  The genocide in Rwanda has such roots of sin.

In the Bible only one nation is chosen and they are chosen to bring blessing to the other nations or ethnic peoples.  Their election was not based in their superiority.  God warns them again and again, especially in Deut.8-10, that they are not a superior people but sinful, stubborn and unworthy people who are only elect due to his gracious calling.

Ethnic pride and the assertion of the superiority of one’s culture has to die at the cross. Now in Yeshua all people who embrace the Gospel also become elect or chosen.  The calling to overcome ethnic division is at the heart of discipleship.  The valuing of one’s own ethnic identity has to decrease and become secondary to the reality of our common identity as God’s elect people in Yeshua.  Love must overcome temptation to self.  One can value the good things in one’s culture or the culture of others but there is an overarching Kingdom culture from the Sermon on the Mount and the Bible as the norming norm.  Cultures are only better or worse to the extent that they live by biblical norms and values.

Kendi’s embrace of sexual aberrations as intersectional in deprivation with racism will bring destruction to those who embrace such aberrant lifestyles.  Kingdom values bring all cultures into criticism.  We can all it the biblical critical school!  Only that which passes in agreement with biblical moral teaching can be embraced.  As such, Kendi’s cultural relativism is profoundly anti biblical.  It produces terrible incoherence.  On the values side he seeks equality and equity, but cannot criticize Islamic nations or others that are not western due to intersectionality since all that is non-western has to be embraced as representing peoples who were exploited.  Oppression in other societies is given a bye.  However, in the Bible, all cultures that oppress are brought into judgement by God (see Amos1-3).  Only biblical norms can redeem cultures. Without biblical transformation, today’s atheist and secular quest for equity will end with new oppression.   The self-root cannot be overcome in a humanistic way. Opposing one race to another and fostering a secular white guilt will fail. Real guilt can be atoned for only at the cross.  One must not see all whites as guilty for being white so that recent immigrants are as guilty as descendants of slave owners.

So where do we begin?

Here is a list of policies that could help, but remember that only so much progress will be made without the Gospel.

Yes, we do agree that the outcomes for different races and ethnicities should not be so unequal.  But we cannot just snap our fingers and pass laws making outcomes equal. The answer is not to dumb down education, math etc. and end the basic norms of meritocracy.  Rather it is to work to qualify more.  One cannot have bridge builder engineers and brain surgeons who do not qualify just to fill a quota.  One has to be able to do the job well.  The key is programs to qualify more.  Again and again, we see that an intact family is a key matter in all this again and again.  Socialism is not the answer, but we should limit the obscene levels of individual wealth that brings controlling power over the whole society.  Creating more wealth for all requires a regulated free enterprise.  Only the dynamic of people in free enterprise, some making more, some less, but all with adequate provision, can expand wealth. Socialism brings poverty for all but for those in charge of the system.   We should indeed have incentives to hire the poor, but not base it on race but poverty.  The overemphasis on race, micro aggressions and more will produce more resentment and division.  Some CRT theorists are anti white racists, but thankfully not Kendi.

This is my answer to Kendi.