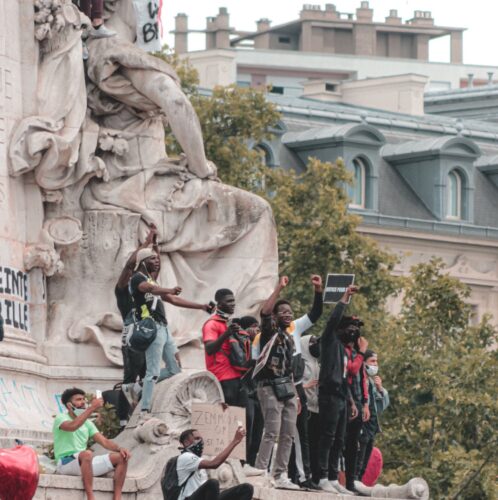 I have had dialogue with many due to the election controversy on the larger issue of how much a priority we should make of seeking justice in the society. I wanted to make a few comments on this. First of all, we should note that the historic position of Protestant Christianity was that we should seek justice and righteousness in society. Before the Dispensational Movement that only wanted to save souls and then escape before the tribulation, this was a general consensus. The great revivalists were very committed to seeking social justice as the outworking of revival and as part of their revival emphasis. Certainly, this was true of Jonathan Edwards, Charles Finny, and Jonathan Blanchard, the founding President of Wheaton, who said that his vision was to see Wheaton College used so that the Law of God would become the law of the land. They meant this with the qualification of applying it judiciously in our age and in the New Covenant period. The great social movements against slavery and against child labor and the oppression of the poor came from the revivals. The great thinker/Prime Minister of Holland, Abraham Kuyper (120 years ago) almost said the same words as Blanchard. The Pilgrims and the Puritans, of course, settled New England with this very vision in mind. This produced a unique accommodation to Christianity in America. For example, there are two aspects that I would point to. First, Church properties and income is tax-free. Why? Not only because the view was that Christian institutions benefit society and are a key foundation, but there was another reason. That is true. However, it is also that the Church is its own government sphere apart from the government sphere of the state and the state has no claim on money that belongs to God’s sphere. So it is not a special grant from the state, but rather a matter of a foundational principle of understanding Church and state. This was a key to the United States being a society that was the most favorable to world missions that had ever been seen. So when Christians are pushing back against the darkness they see coming from the left, it is that they do not want to see the death of this special situation unlike any other where religious freedom was so fostered. Cancel culture really sees Christianity and its teaching on sin and salvation as hate speech. So the mass mobilization of prayer for the present situation is a right thing and as we have connected to the many streams of prayer: the cry for mercy, repentance, and revival has been very strong. We have not before seen such a mobilization for national and world prayer for the Church and the country.

However, one friend who has written us has pushed back against this saying that the emphasis on the U. S. and righteousness is not balanced. He believes that in the present state of the Church, the focus on righteousness in the nation is not right. The Church is in decline in discipleship and is not growing and going forward. Certainly, he is right about the analysis of the churches today. Indeed, without a revival and turn around in the churches, the efforts for biblical social justice will fail. So this has to be the top focus for prayer and effort, revival, and reformation in the churches. Having said that, we do not know that God can not bring both together. Only our discernment in the Spirit can answer this question.

Another friend thinks that the quest for national righteousness is wrong for he discerns that we are entering the tribulation and that the time for this effort is passed. Now is the time to prepare for the persecution and the Anti-Christ. What can I say? So often it has seemed so to past generations. We can not know that there will not be revival and delay in the return of the Lord and more Gospel progress first. Again, we have to be led by prayer and discernment. I have constantly taught that we both need to be ready for his near return and to act for the possible delay, which would lead to seeking revival and social justice.