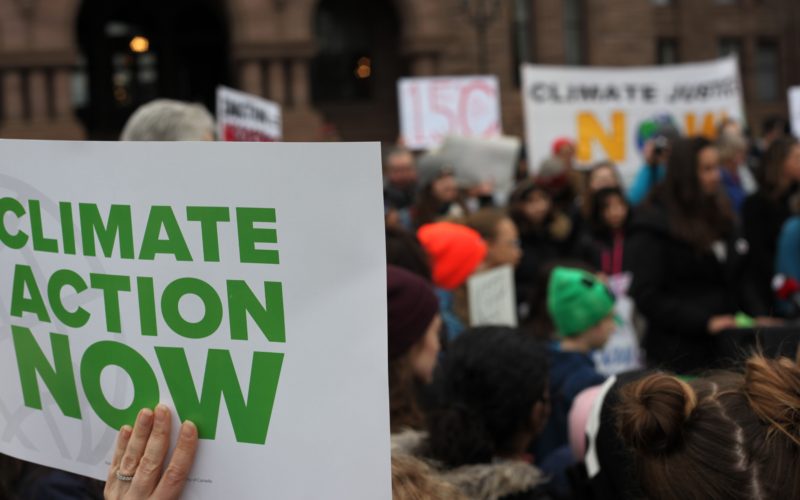 We have just witnessed hundreds of thousands of youth protesting climate change and demanding radical action to stop the progression of climate warming.  It is sad to me to see children scared half to death about the climate. Some psychiatrists report an uptick in those needing help and medication due to anxiety brought on by the fear of climate change.  It is heartbreaking to listen to a teen activist speak at the U. N. How did she get this platform? She condemned the adults and capitalist greed for the degradation of the climate. The children learned their orientation from their adult teachers who use them to try to force the world to change.  How shall we respond to this?

First, we need to note that the science is not settled.  I have read papers from a minority of experts in the field who do not think the models are right and that human-caused carbon pollution is not a serious issue. The reader can find these papers. But let’s for argument sake accept the view of the majority that the world is headed for catastrophe if we do not stop the human-caused aspects of the change.  As stewards of the earth, the Bible commands us to take care of the earth and to not destroy it. As such, all Bible believers should be environmentalists without idolizing the creation We should take comfort in the promise that the world will be renewed when Yeshua returns and will not be destroyed. Yet, things can get very bad first.

However, if we are to bring radical improvement or change in carbon pollution, the direction taken by the more socialistic anti-capitalists would be a disaster.  Only societies that attain sufficient prosperity have the means to address the issues. Indeed, poor societies will not be able to address it without devastating their poor.   They need prosperity to overcome their contribution to the problem. Switching to carbon-free alternatives like solar is wind is insufficient. No model predicts that this would be enough.  They are also carbon polluting technologies. The mining to get the elements necessary for solar and the steel production necessary for windmills are themselves carbon polluting. Steel is made with coal.  Zero carbon emissions is a pipe dream. What can be done really? The best papers I have read have argued that if we are to deal with carbon pollution reduction we will need to do the following.

It is a shame that the children are being used to push a socialist anti-free-market solution to climate change.  It is a shame that they are demonizing the entrepreneurs whose efforts have largely been responsibility for lifting billions out of poverty.  The hate against the business class being spewed by these children is so pathetically wrong. They are being used and abused.